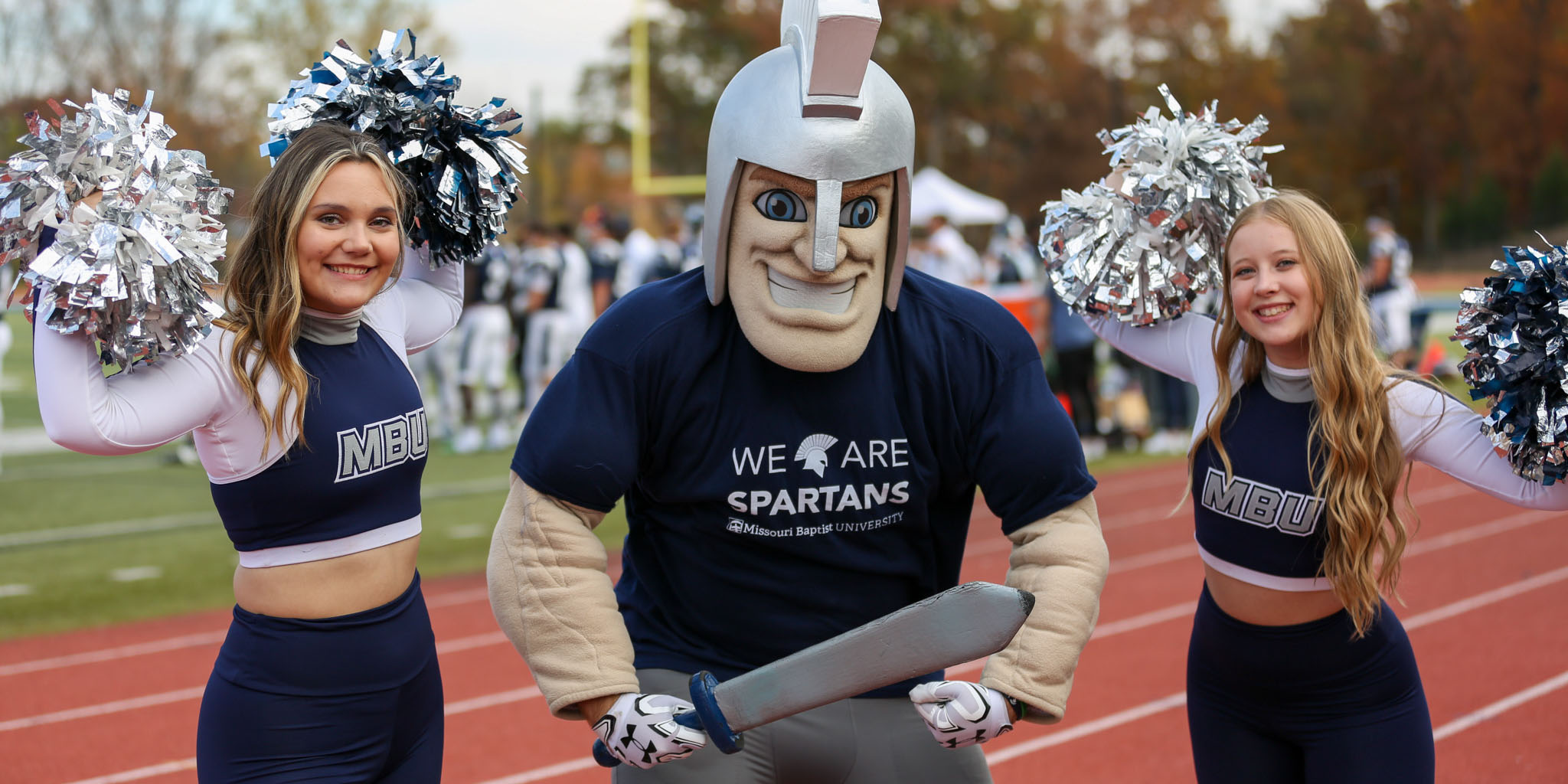 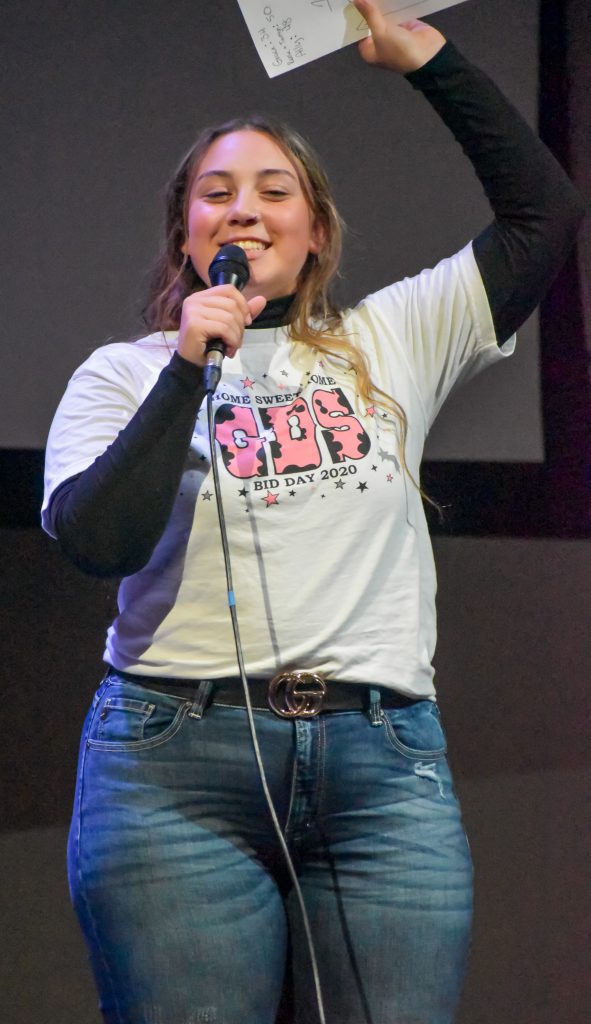 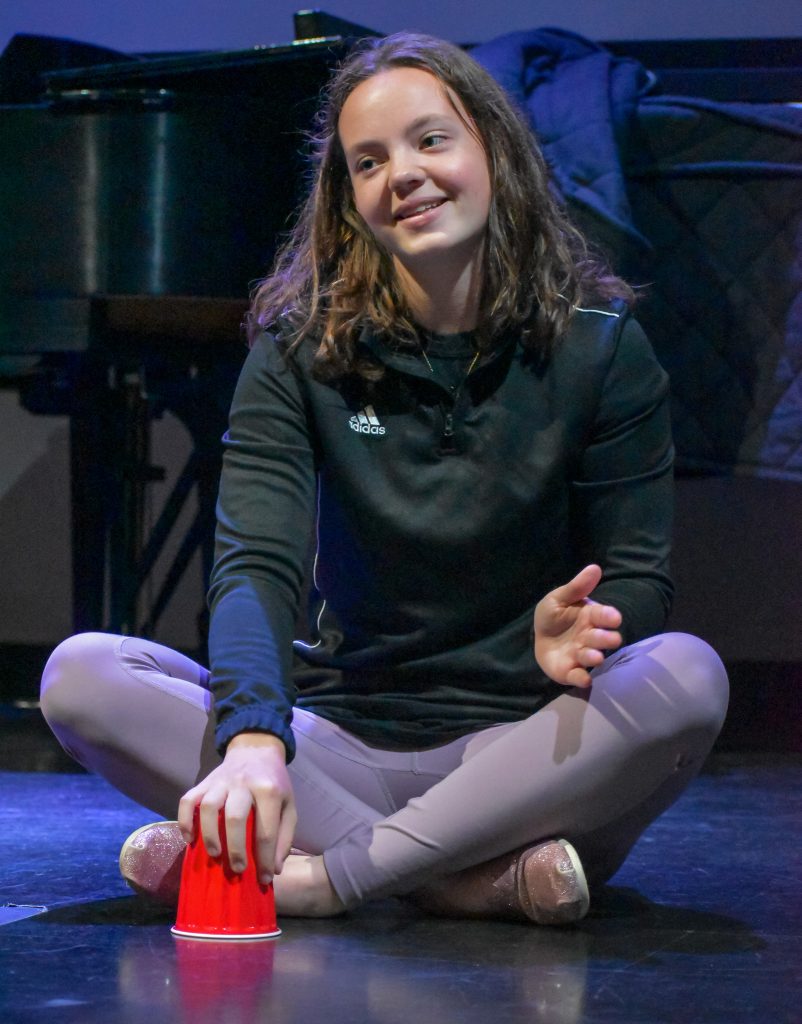 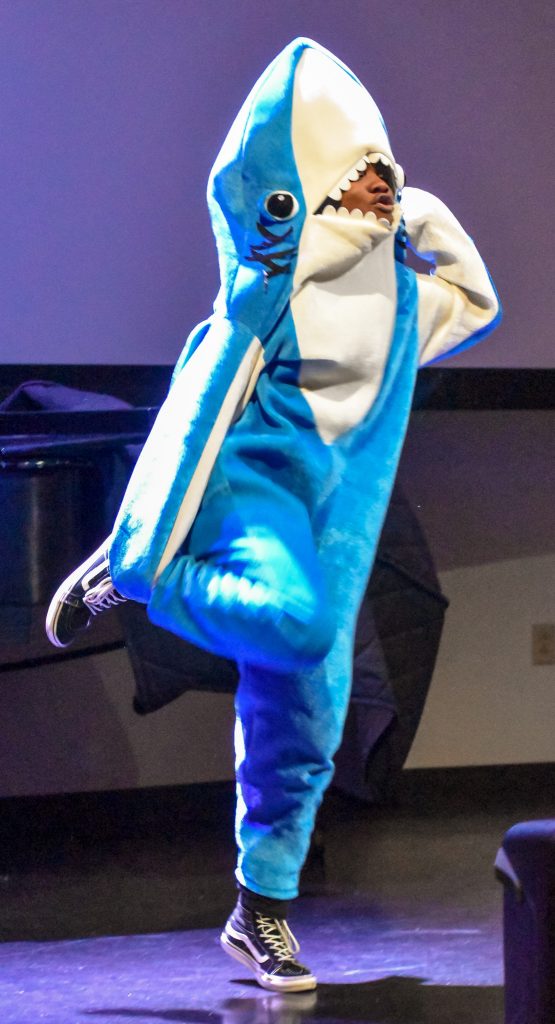 Taryn Johnson performs in a shark costume to “Baby Shark” during the Lip Sync Battle. 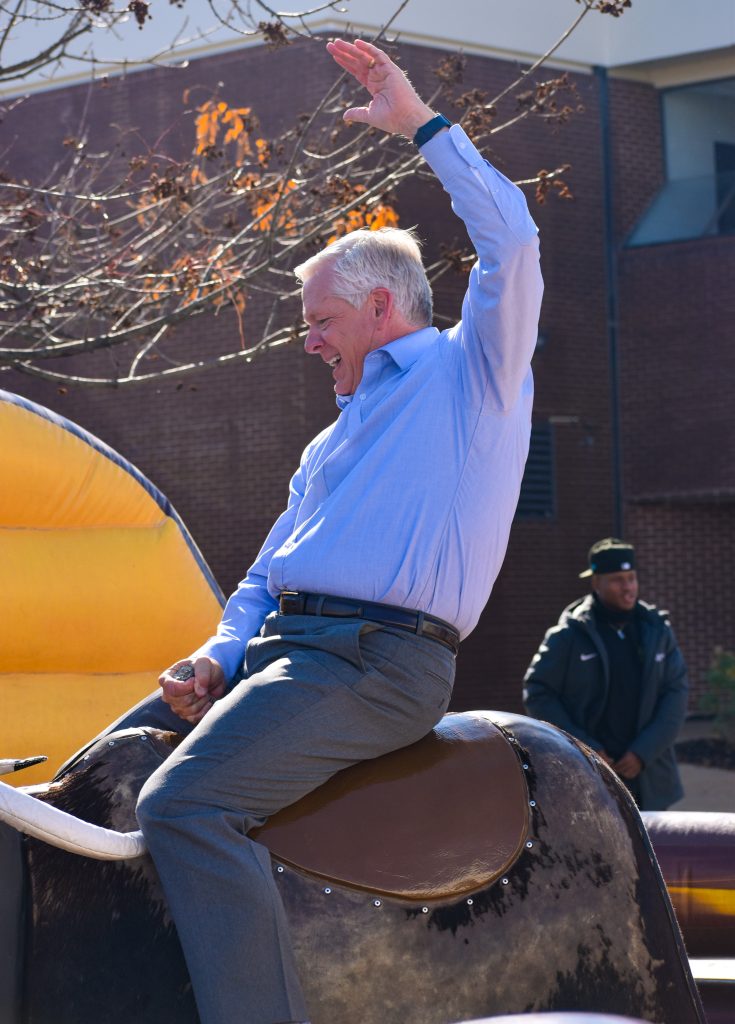 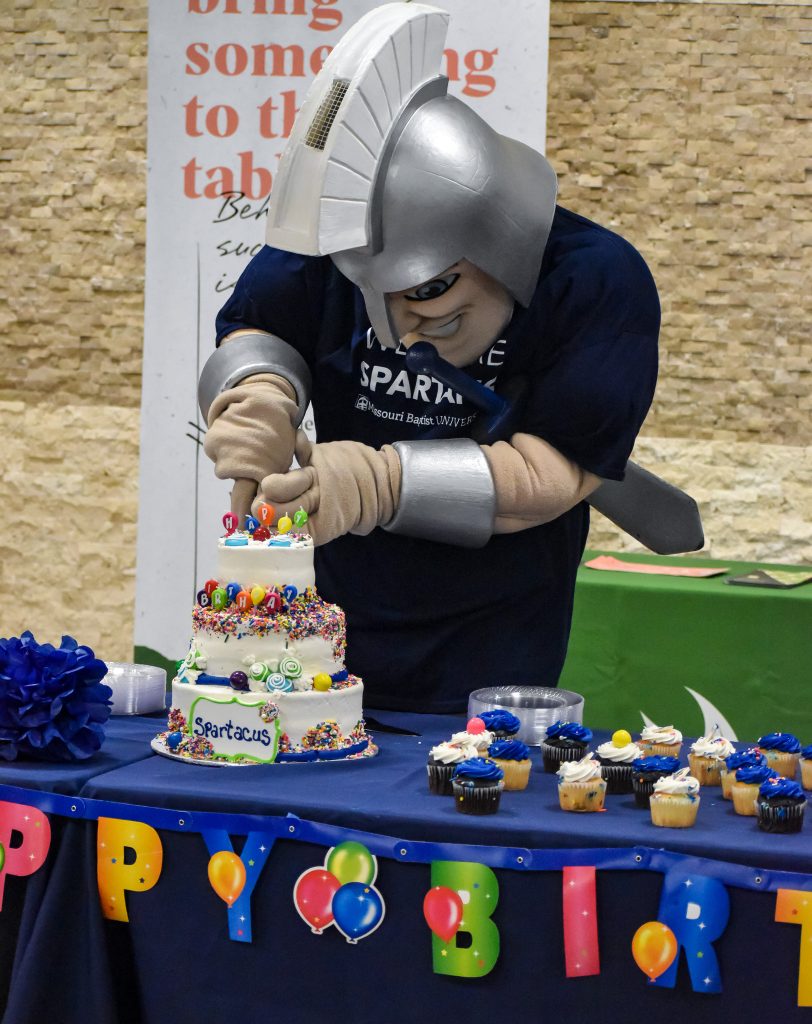 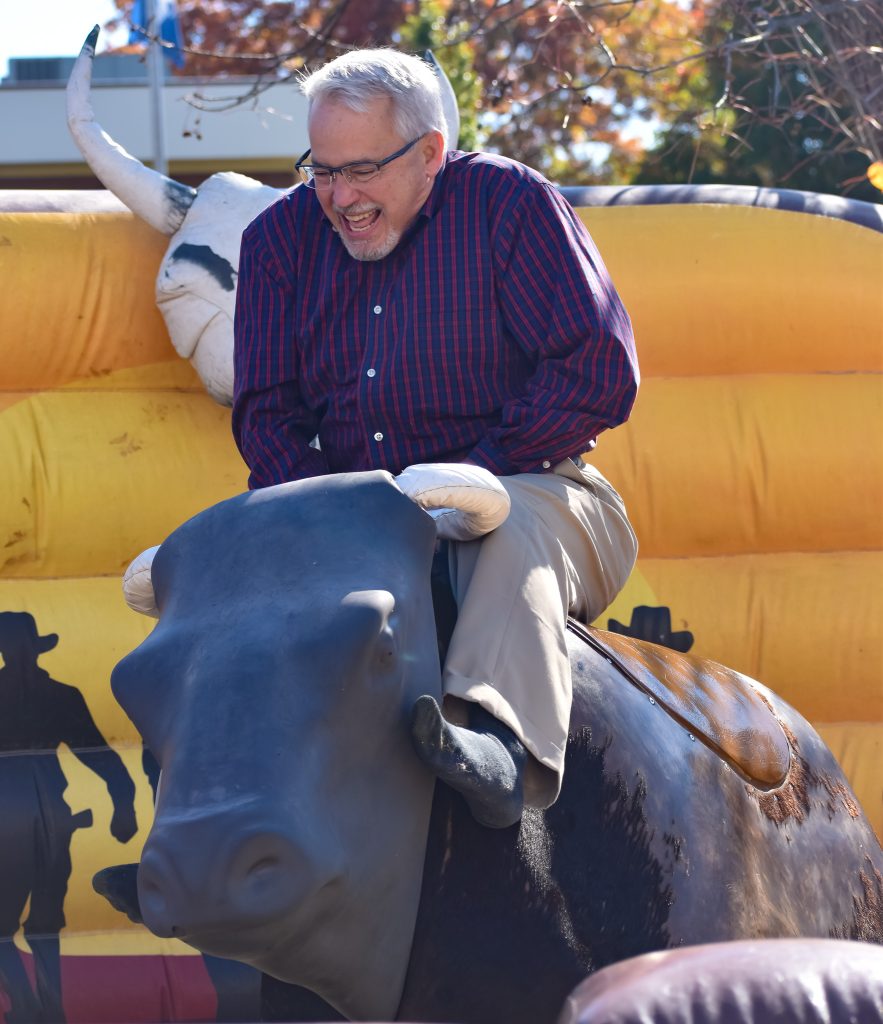 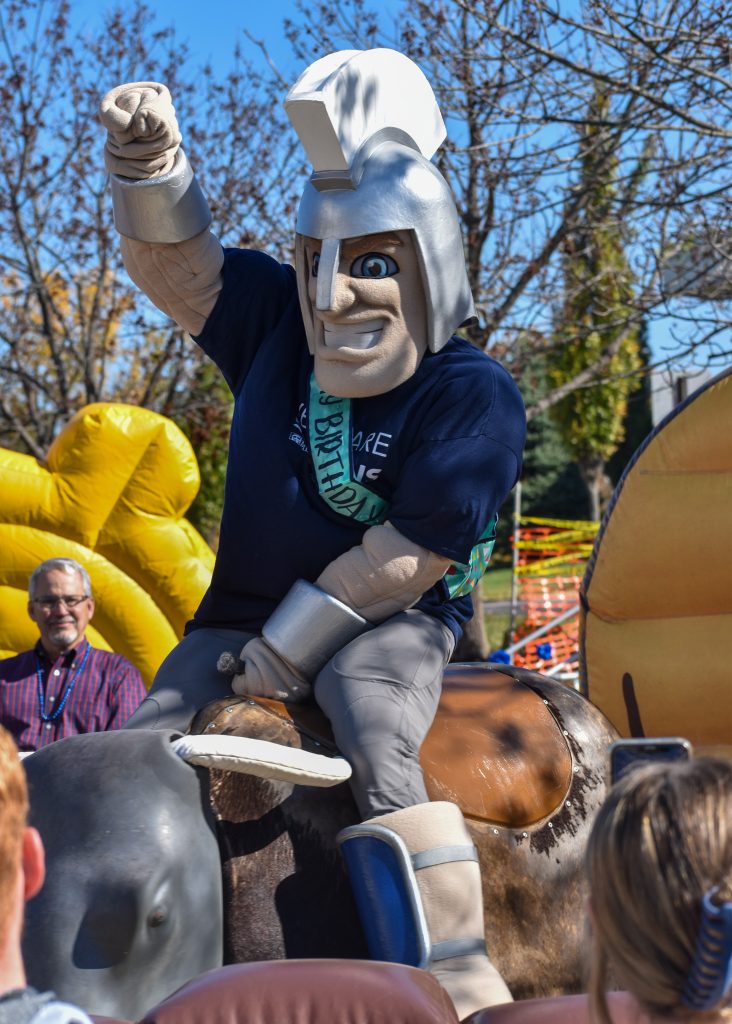 During his birthday party, Spartacus rides the mechanical bull in celebration. 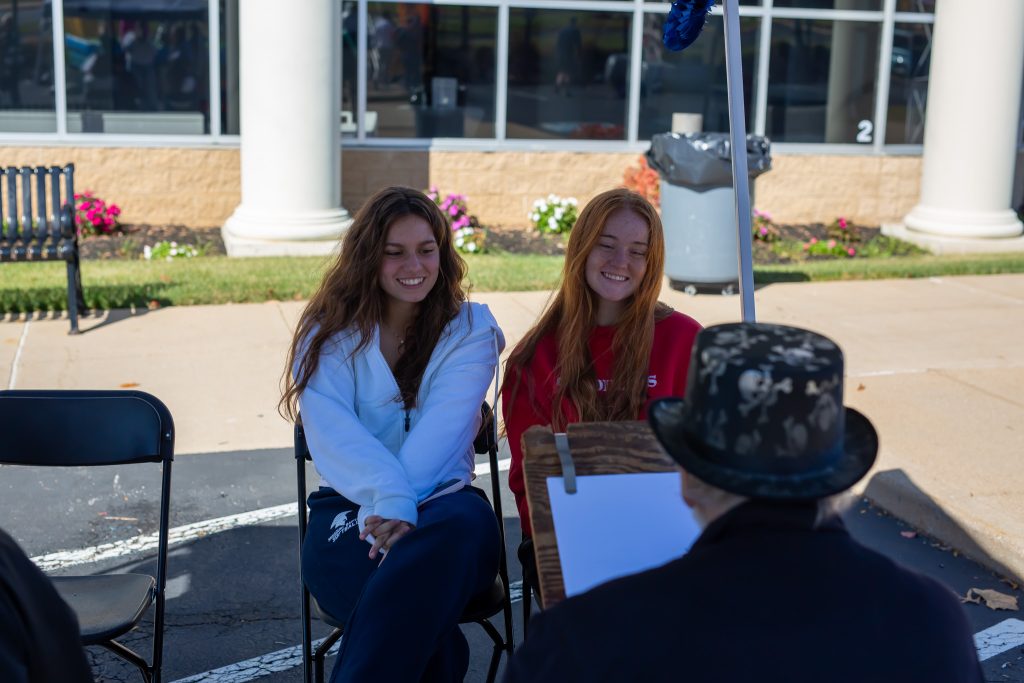 During the birthday bash, Brandi Smythe and Avery Bass smile as they model for their caricature sketch. 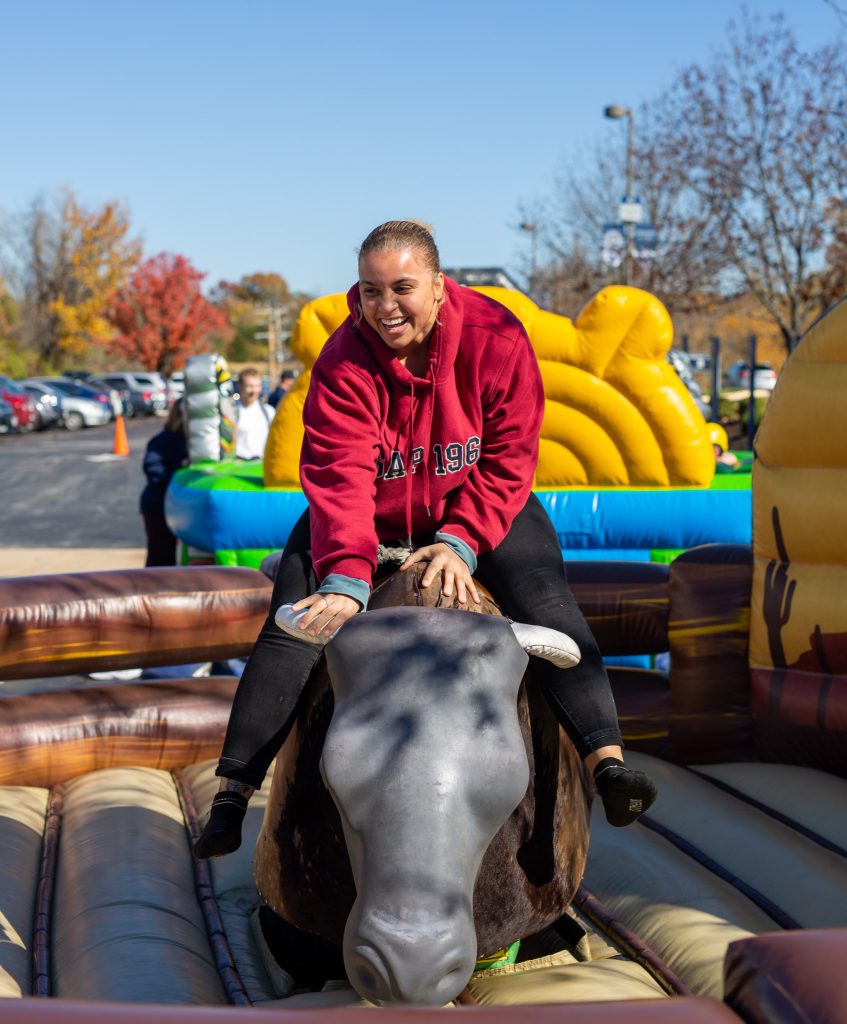 Shania Gowan has a blast at Spartacus’ birthday party on top of the mechanical bull. 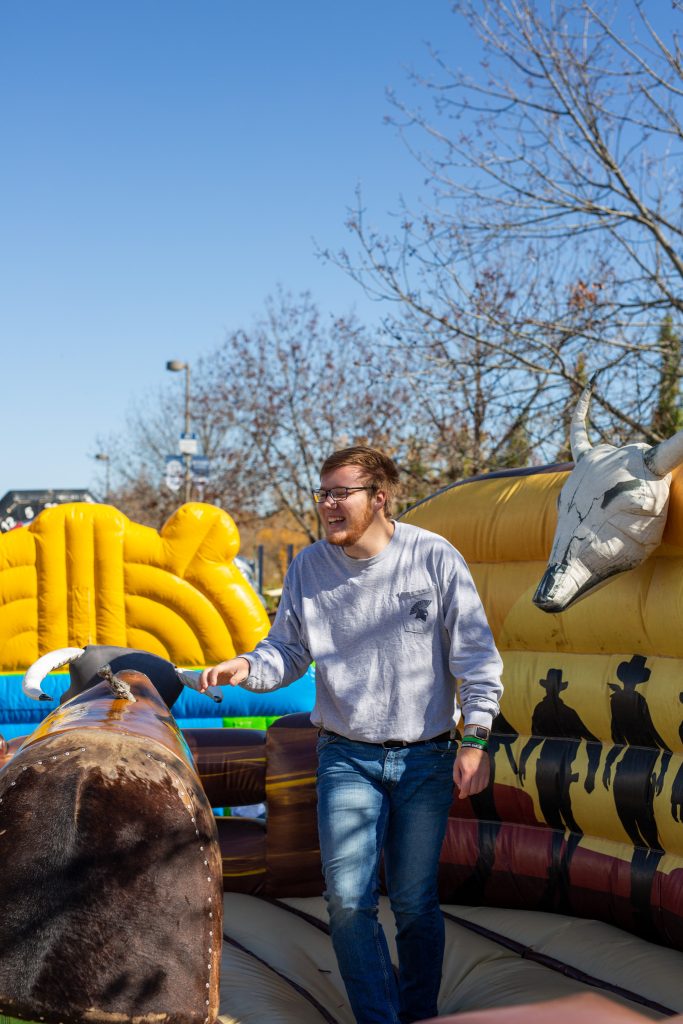 Brent Seyer laughs as he gets up after having just gotten bucked off the mechanical bull. 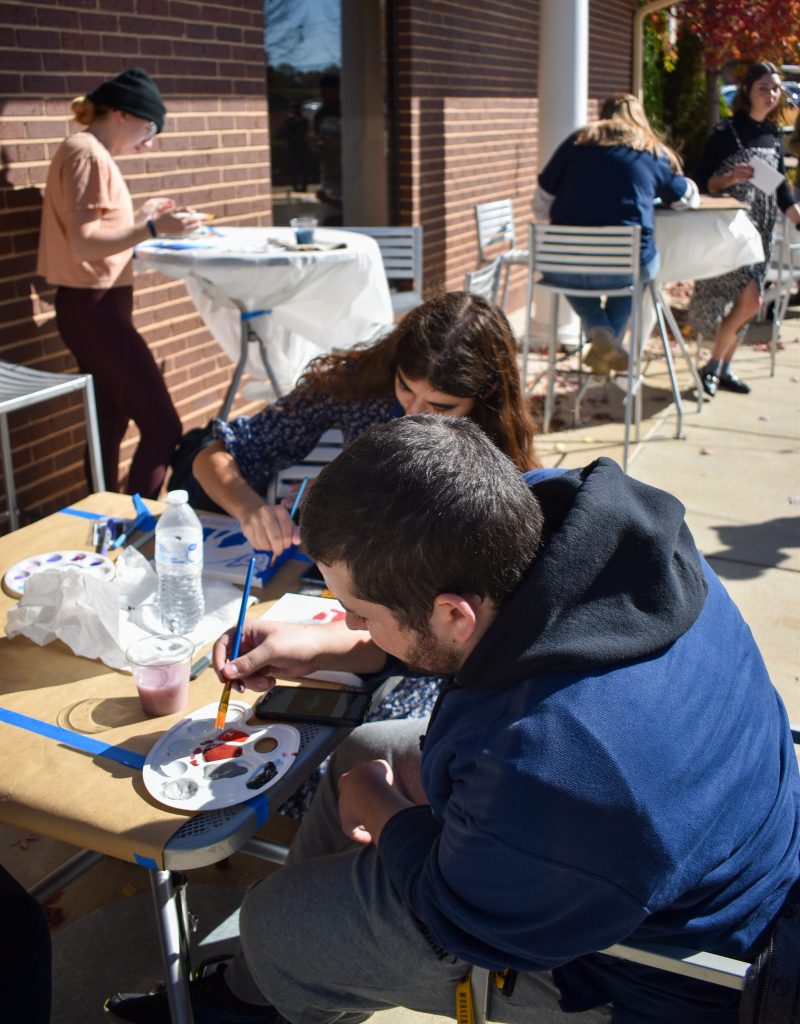 Jackson Deevers and Lorraine Linson do some painting during Art in the Sunshine. 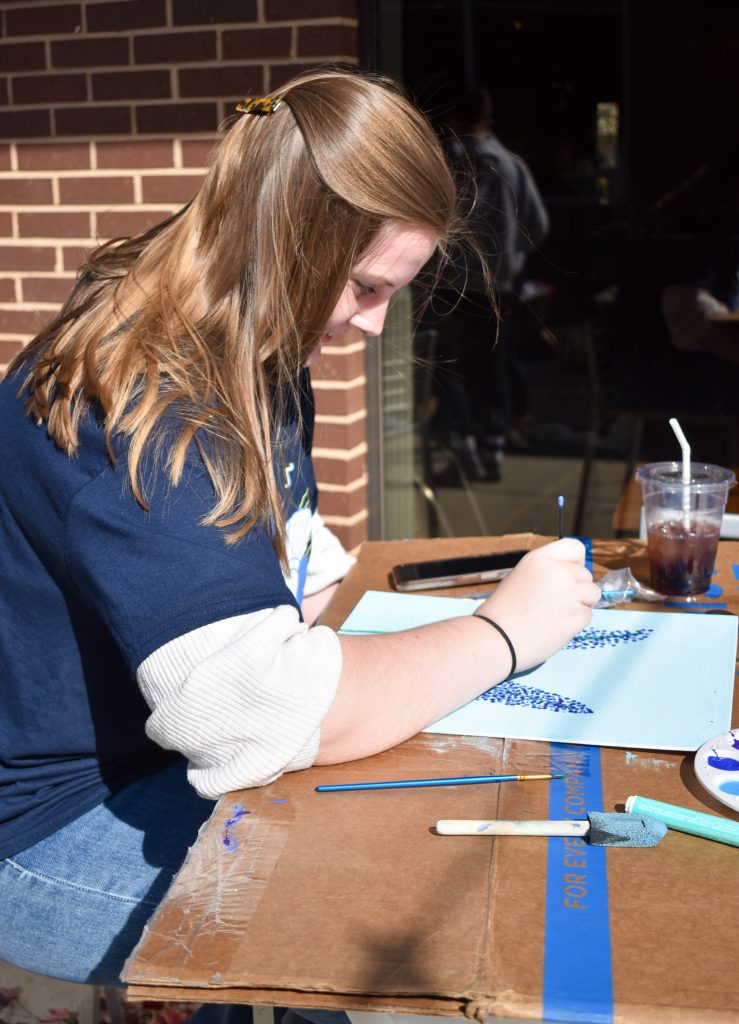 During the Art in the Sunshine event, Mallory Liddle paints flourishing blue flowers on a canvas. 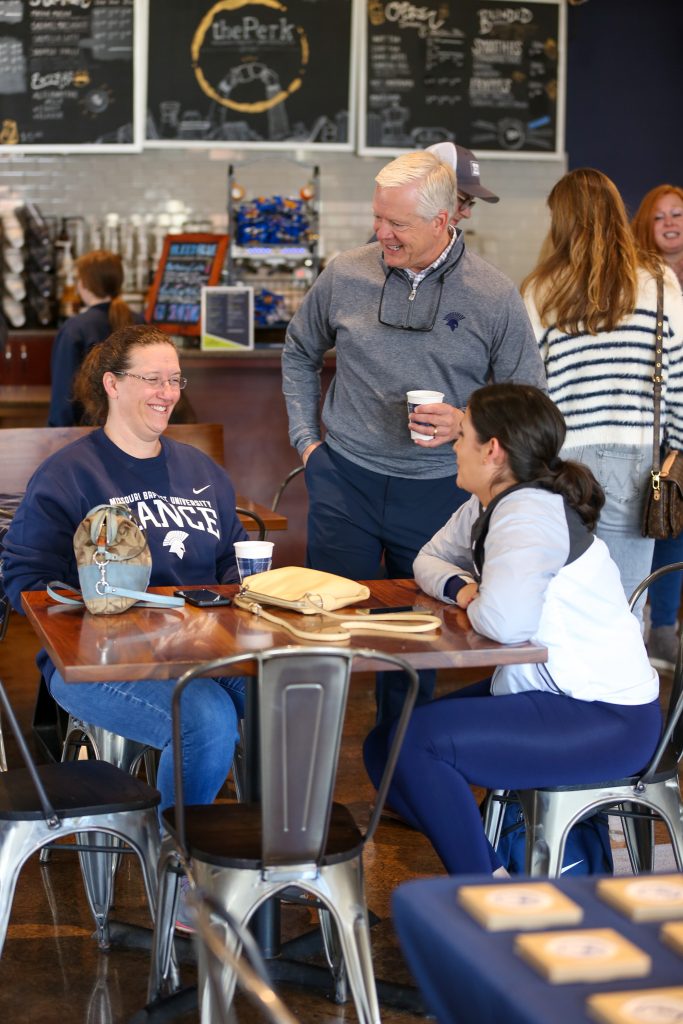 MBU President Dr. Keith Ross talks to parents and alumni during the Kaldi’s and Kolaches event. 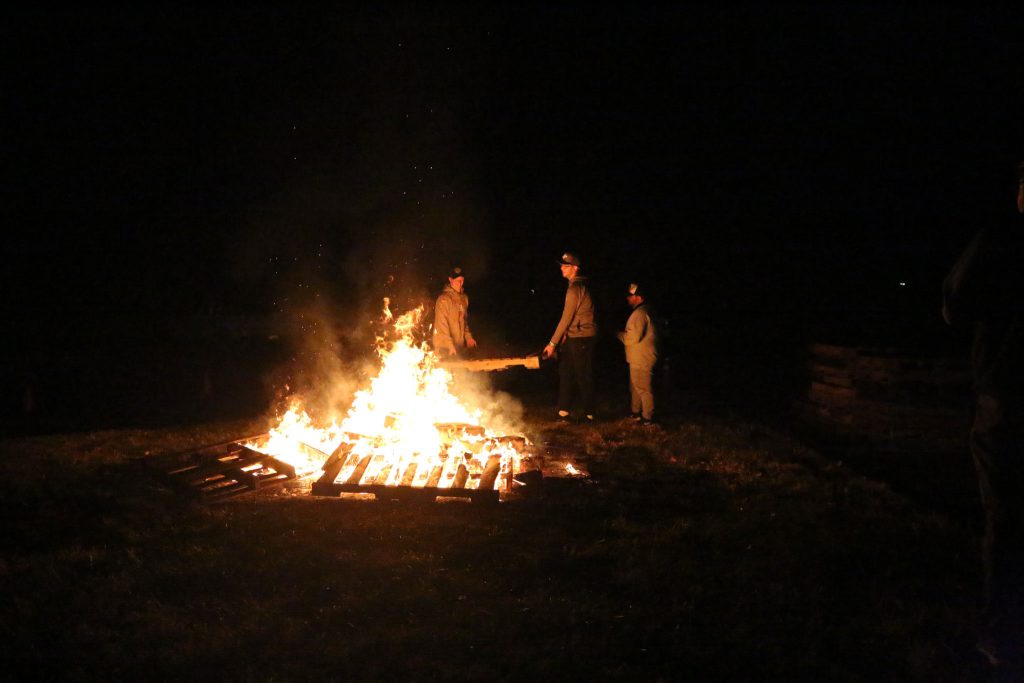 Jake Broyles and Cooper Akridge toss on a wooden pallet to liven up the Bonfire event in the back of B-lot. 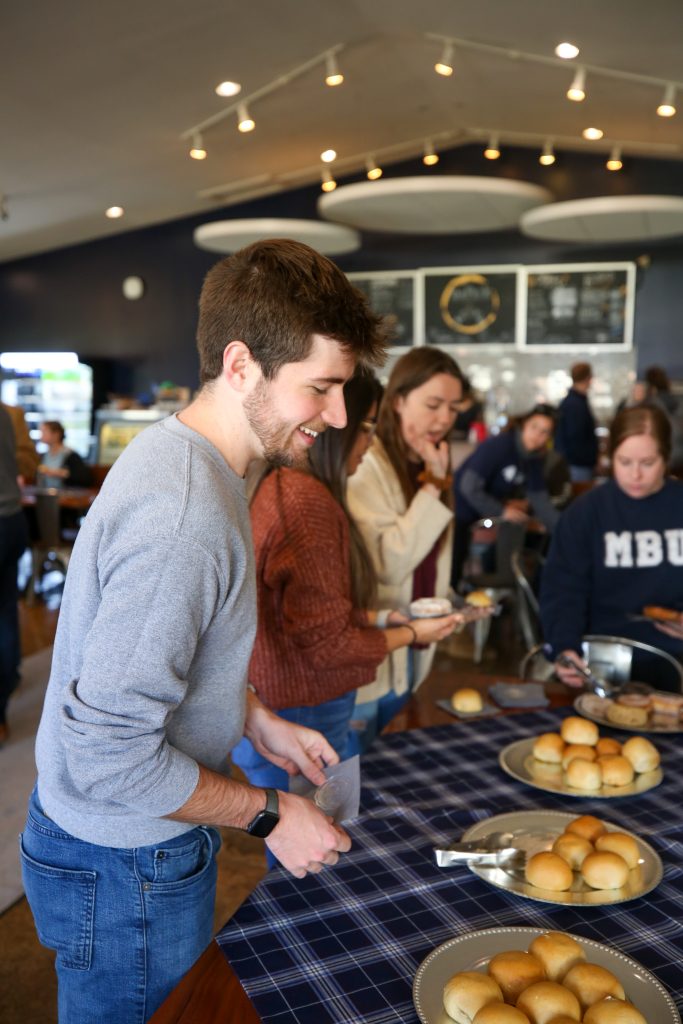 Luke Little, an MBU spring 2022 alumni, grabs a kolach at Kaldi’s and Kolaches, which took place in thePerk. 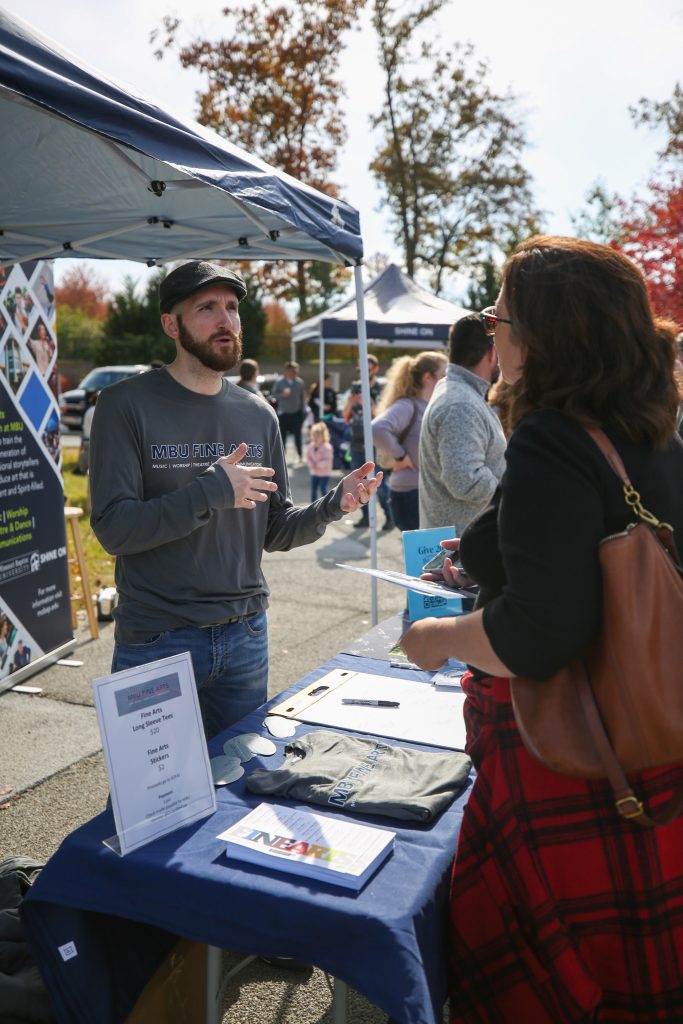 Dr. Jordan Cox, chair of the Fine Arts Division, shares information about the division at the Homecoming Tailgate Festival. 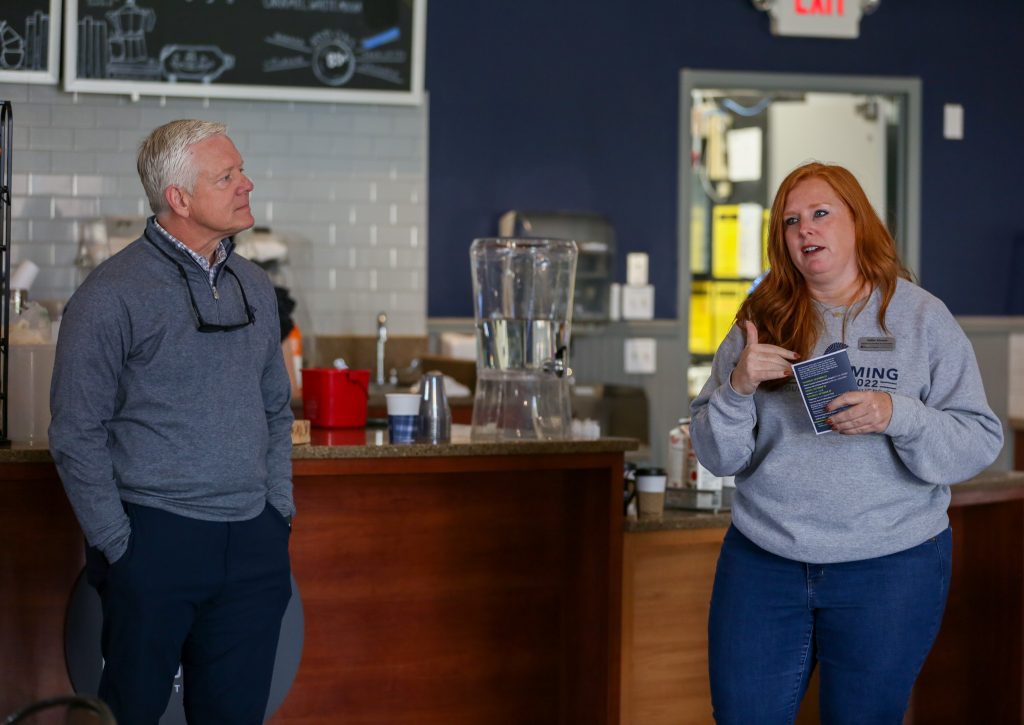 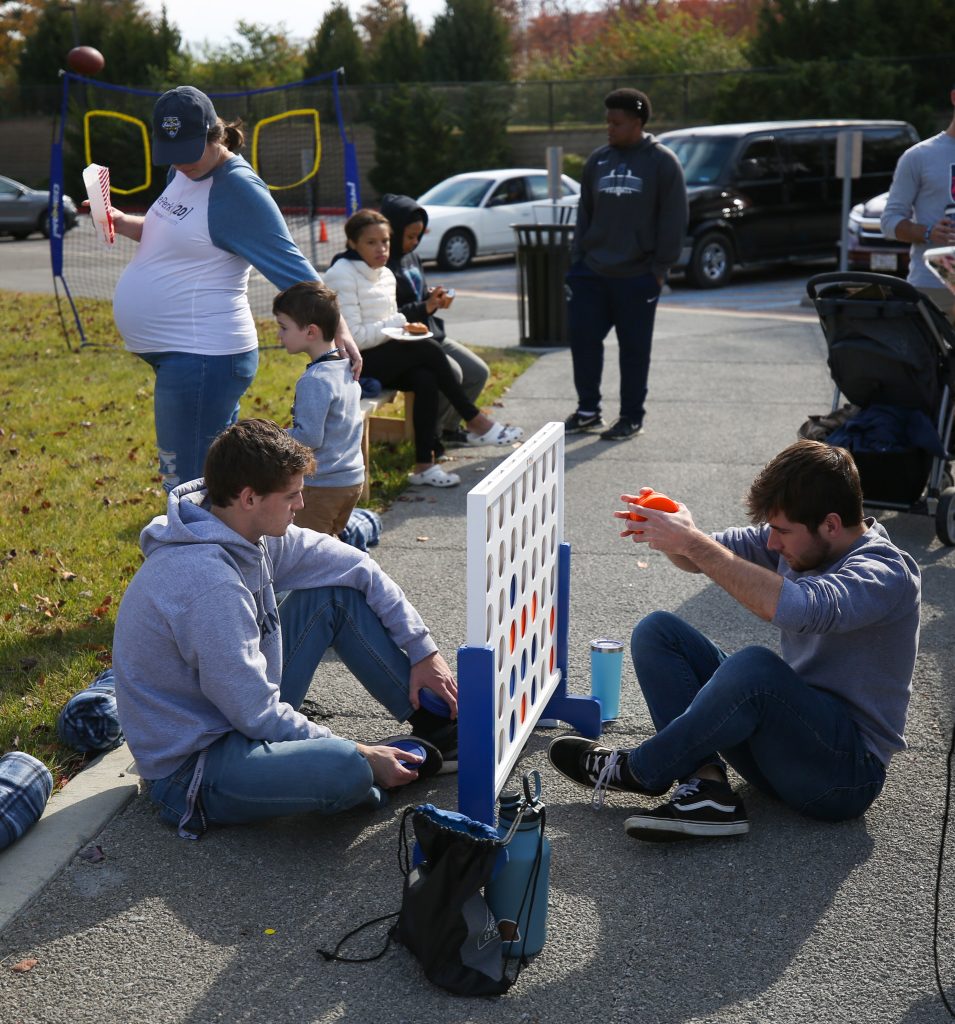 Partaking in some of the tailgate festivities, Grant Karlas and spring 2022 alumni Luke Little play an intense game of Connect Four. 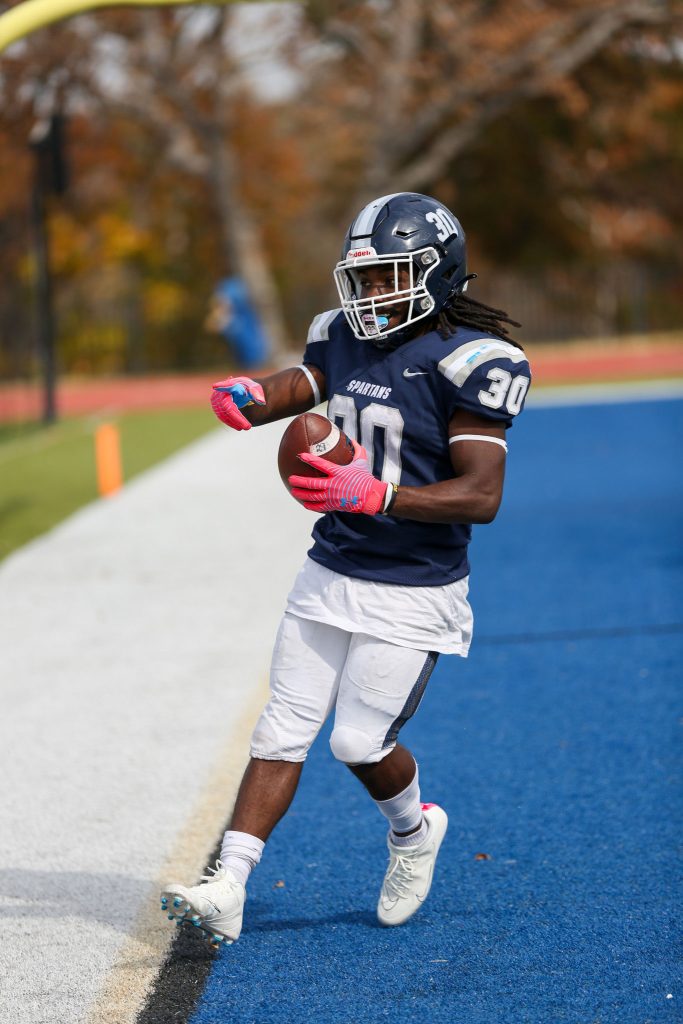 MBU running back Lionel Banks celebrates a touchdown for the Spartans, during the Homecoming football game. 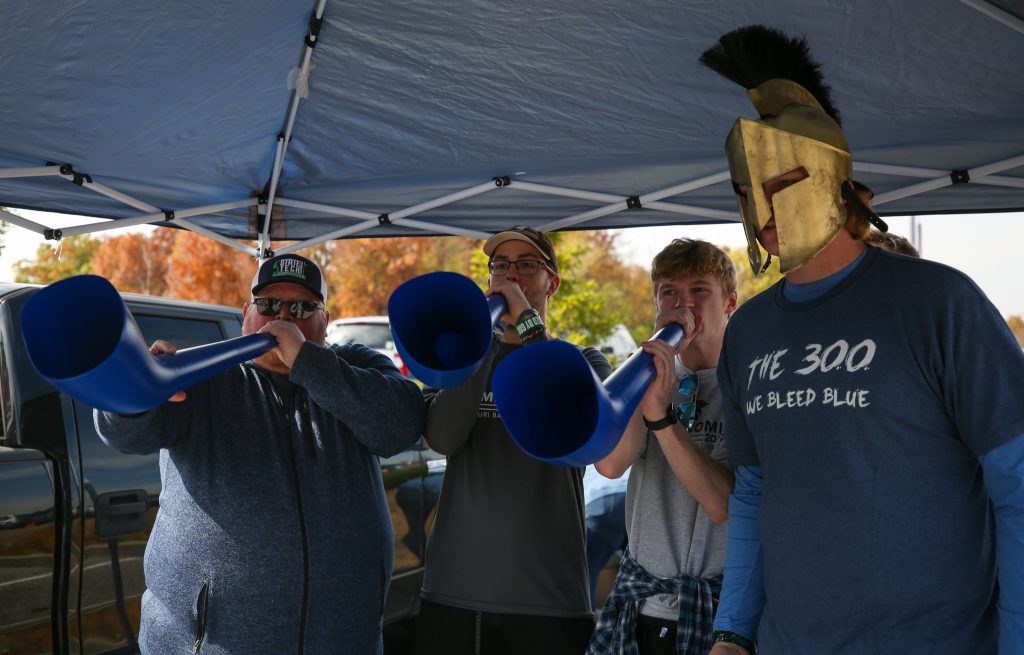 Left to right, Eric Schertz, Cooper Akridge, Nick Kelly and Matthew Kinney are ready for MBU game day as they sound the victory horns at the Tailgate Festival. 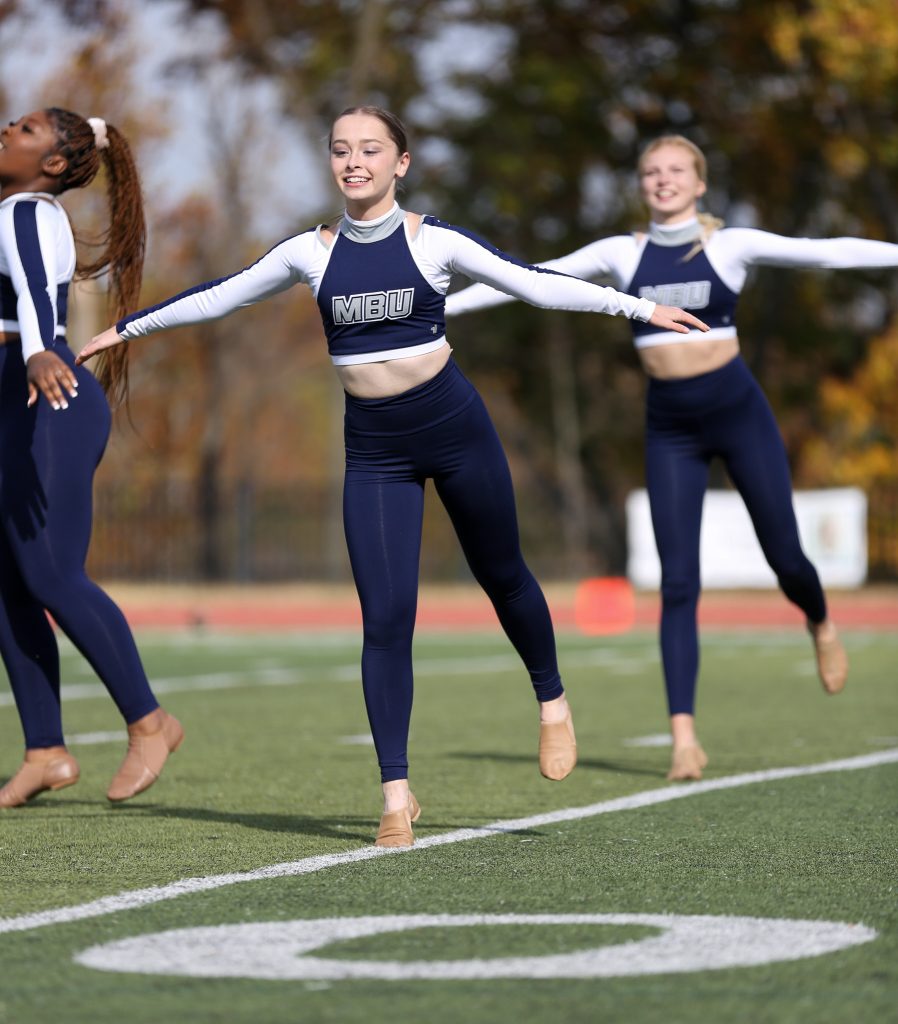 Emma Brandwein dances with her fellow teammates during halftime of the Homecoming football game. 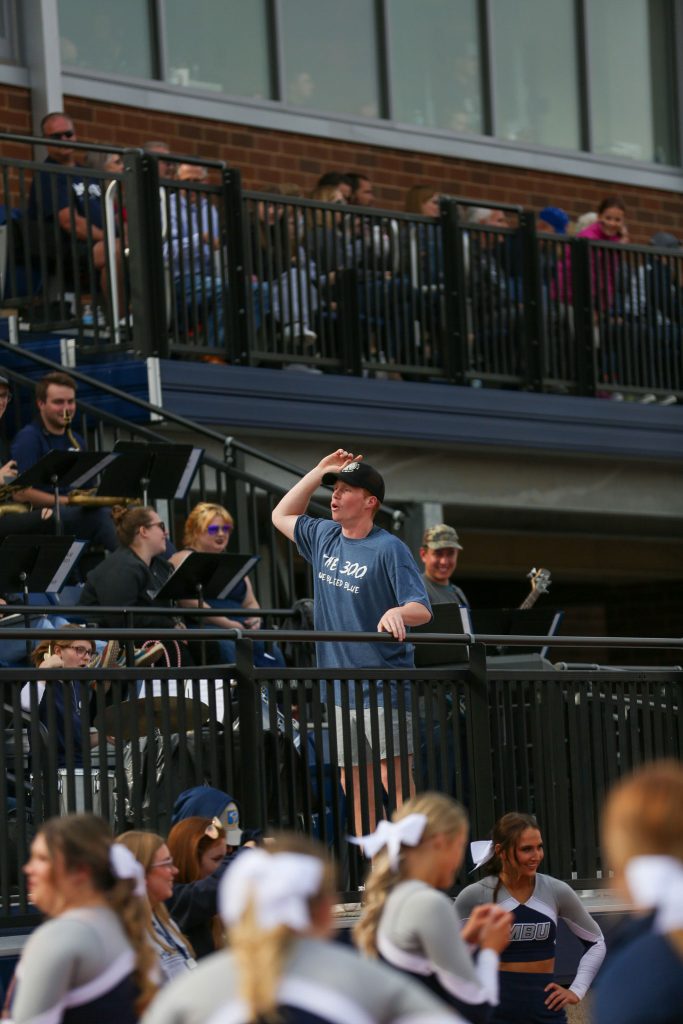 Jake Broyles, a prominent member of MBU’s The 300 Club, leads the MBU student section in a uniting chant.

Lionel Banks cradles the football as he heads toward the Spartan end zone. 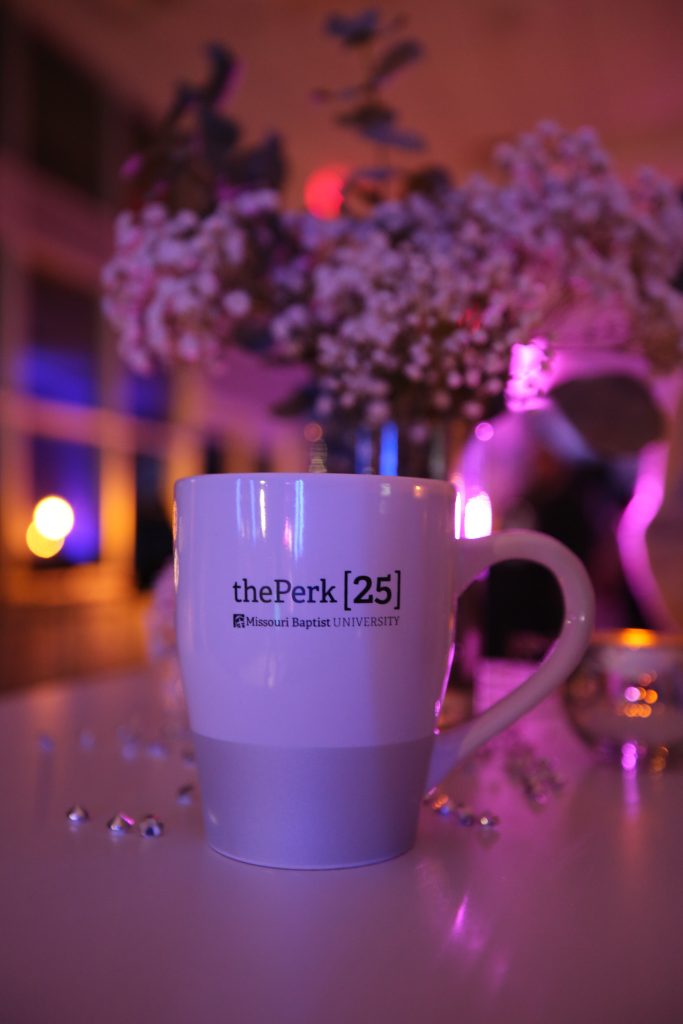 For the first 500 people in attendance, the coveted thePerk [25] mug was the staple of this year’s thePerk event. 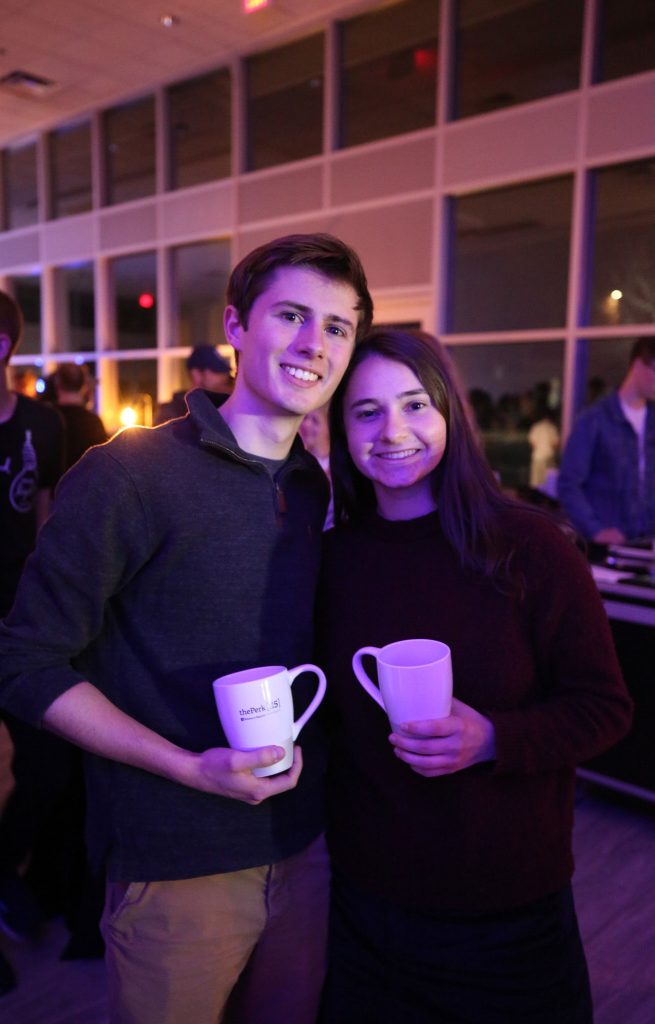 Kaylee Ascher and her boyfriend Connor Collins smile together at thePerk [25] while listening to the live music in the background. 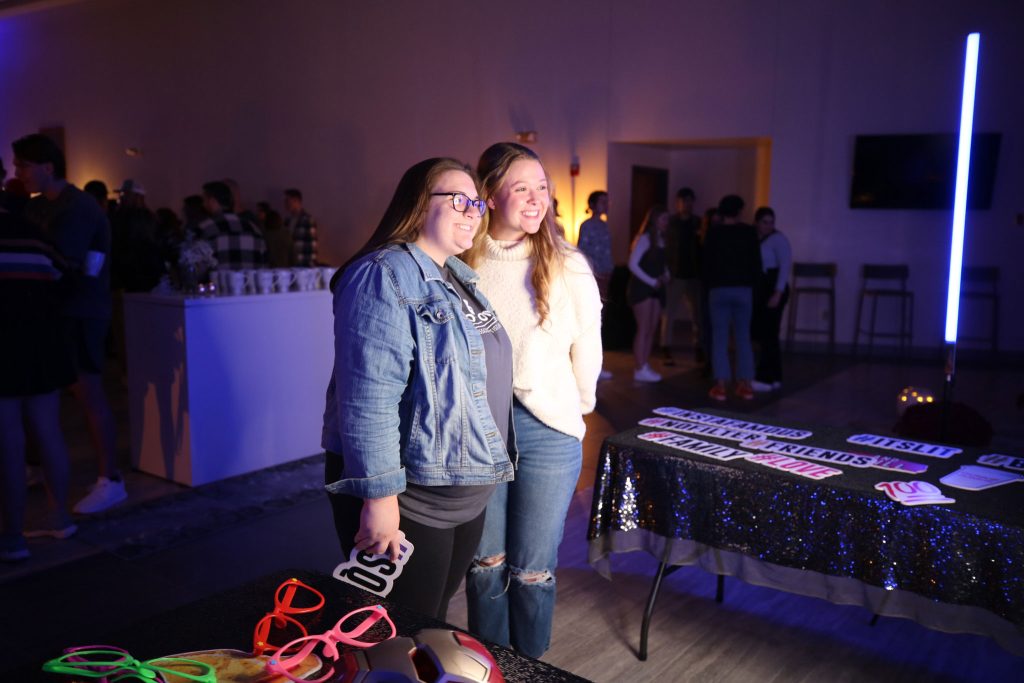 Madi House and Jessalyn Scheltens strike a pose using the photo booth that was at thePerk event. 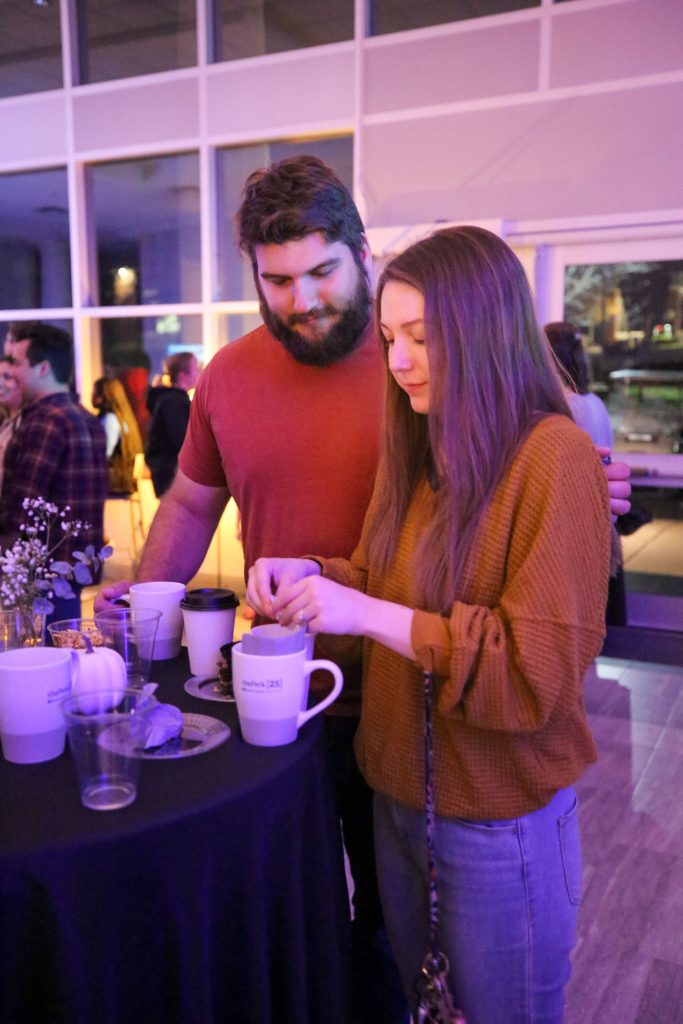 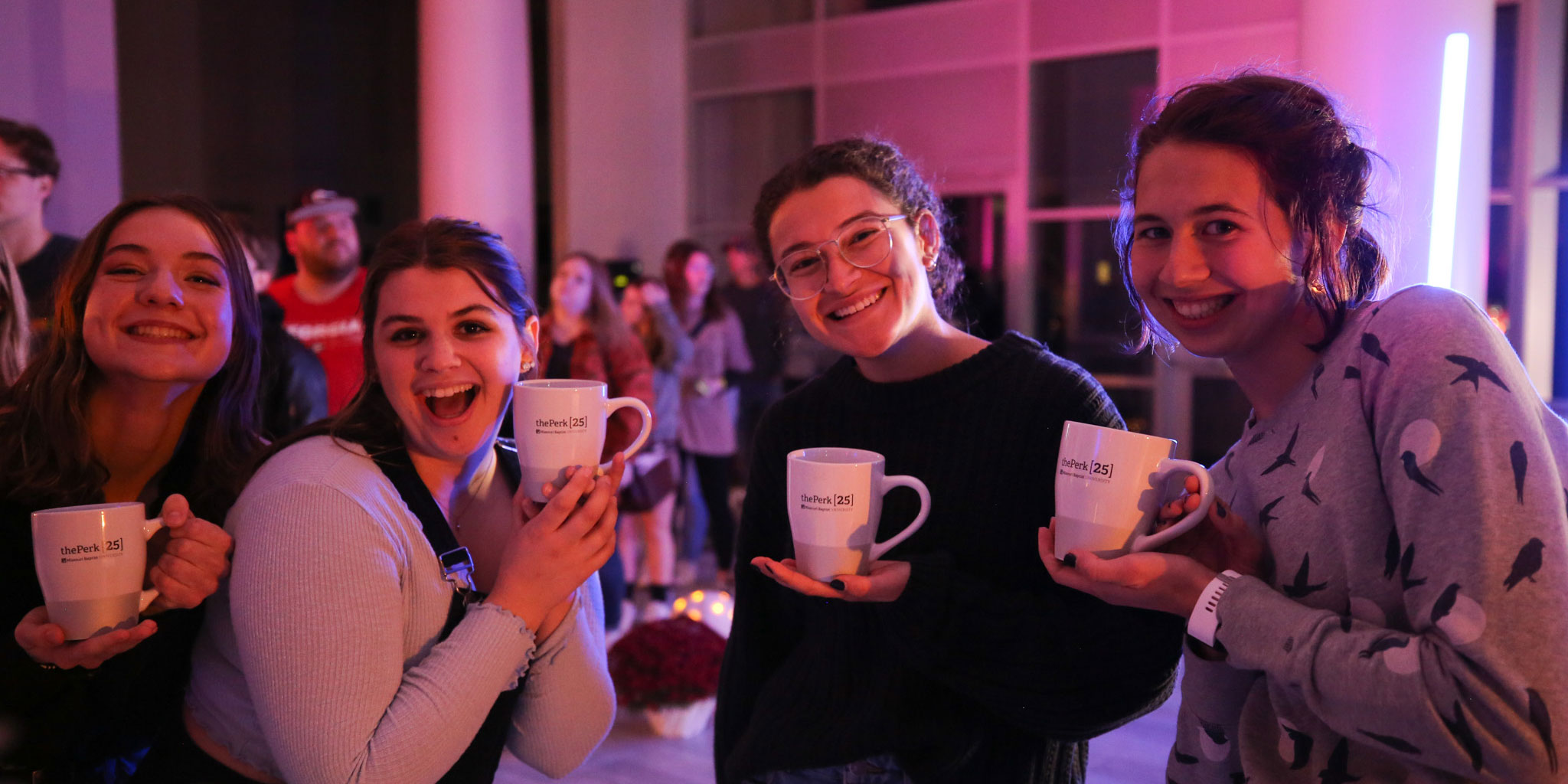 Left to right, Chloe Perkins, Anna Jeschke, Vanessa Waidmann and Isabel Rinkenberger showcase their thePerk [25] mugs as they are so excited to participate in the final event of the MBU Homecoming activities.