The Spartans bring a 25-2 record into this week’s tournament, at the Carl and Deloris Petty Sports and Recreation Complex, but Coach John Yehling remains cautiously optimistic as his team goes for the uncharted territory of a three-peat.

“We get to host the national tournament and that’s going to be a huge advantage for us,” said Yehling, who is wrapping up his 15th season coaching volleyball at MBU, adding that while players get to sleep in their own beds and stay in their normal routines, there is also pressure being the home team. “Hosting the national tournament is a lot of work and it’s a lot of pressure. The pressure that I feel mostly is self-put, but I put it there because there’s so many people at this university … that put in so many hours to host an event like that. It’s a great event, but it’s a lot of work so you feel like you need to make sure your team’s in it until the end, at least, to make that work warranted.”

Four days of intense competition will have fans on their feet cheering as they see the team bump, set and spike their way to victory.

“We have been preparing for nationals by getting stronger every day in the gym,” said libero Robert “RJ” Hall, senior accounting major from St. Louis.

With the event being hosted at MBU, the team has the home court advantage but this does not mean they have it easy. 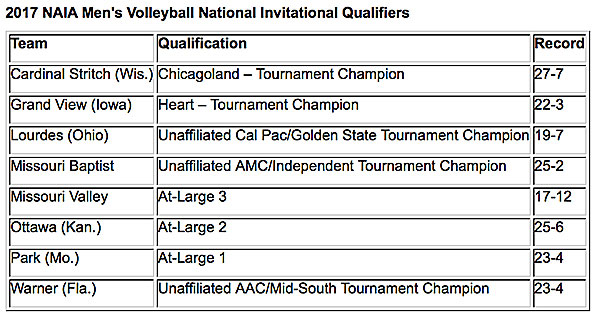 The teams competing in nationals along with MBU are:

With the season coming to a close after nationals, a few of the seniors reflect on their favorite moments from the season, and the theme of Iowa unanimous.

The team traveled to Iowa earlier this year for a volleyball tournament where they went undefeated.

“The Iowa trips are always fun because it gives us an opportunity to get out of St. Louis, take a break from classes and focus on volleyball,” said setter Austin Trower, senior accounting major from Eureka, Missouri. “The trips provide a great opportunity for some team bonding and this year we had the chance to celebrate a team member’s birthday.”

Nationals is the final chance for seniors to leave everything on the court, defend their title and compete with their MBU team for the last time.

Players encourage everyone to come check out the event and support them. Anyone who has ever played sports knows the bigger the crowd the better the game.

Players feed off the energy of the audience and let’s be honest, who doesn’t like to hear people cheering them on? 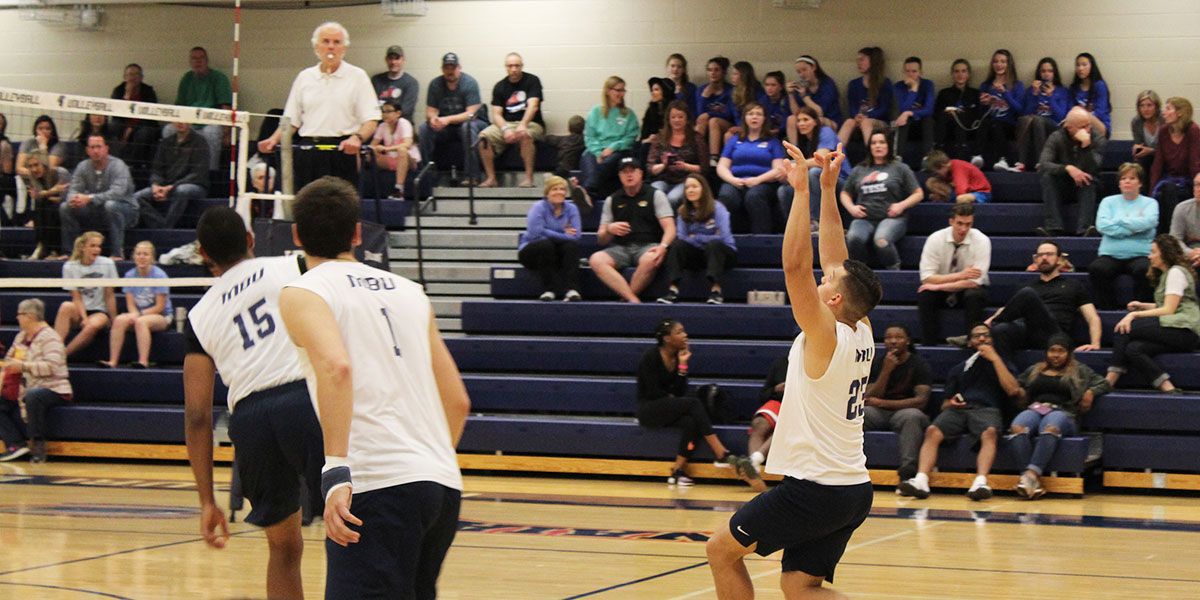