Written by Jessica Kunkel on April 22, 2022. Posted in Sports

Despite the coaching changes the men’s JV volleyball team at Missouri Baptist University has experienced this school year, they have been able to play well together during their spring 2022 season while continuing to grow as a cohesive unit. 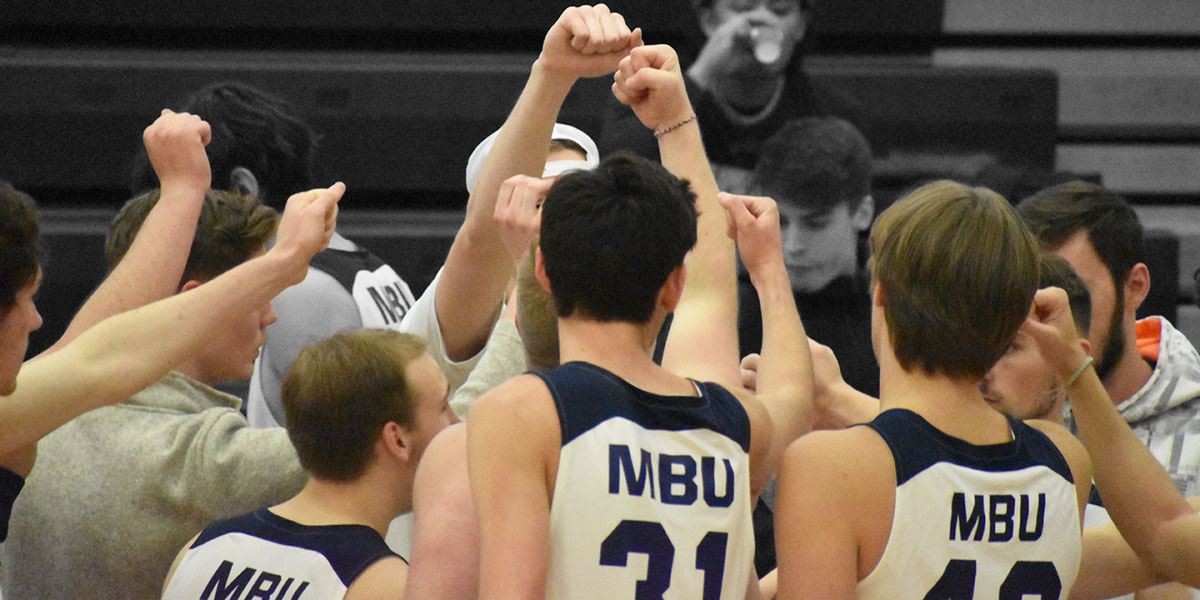 Before every game and after every timeout as they break out onto the court, men’s JV volleyball players put their hands up in the air signifying unity and fellowship among the team. This was the last time during the team’s last home against William Penn Academy that they rallied together during their competitive 2022 spring season.     Photo by Jessica Kunkel