When Kelsey Donohue, 22, went to pitch the ball at her Webster University softball practice two years ago, the ball did not leave her hand.

It was as if the ball was stuck to her by glue and therefore could not make it out of her hand to glide across the plate.

Donohue had been playing softball since kindergarten and began pitching at age 9. What she was doing on the mound was nothing new to her. She had pitched the ball thousands of times in her career, so why did the ball not leave her hand this time?

“I’m still not sure why the ball didn’t leave my hand. I know it should have, it always has,” Donohue said. “This time was different and it really messed me up.”

A week later she could still not get the softball across the plate. A few days after that, Donohue was diagnosed with the “yips” by a sports psychologist.

Yips, a funny word for a serious condition, causes a lack of fine motor skills in athletes. Athletes who make the same repetitive motion every day can suddenly forget how to do so.

Further explained by the Mayo Clinic, the yips are a “focal dystonia, which is a neurological dysfunction affecting specific muscles.”

When Donohue was diagnosed with yips, her teammates and coaches were in shock.

“I had never heard of the yips before, my teammates hadn’t either. I didn’t know what to do,” she explained. 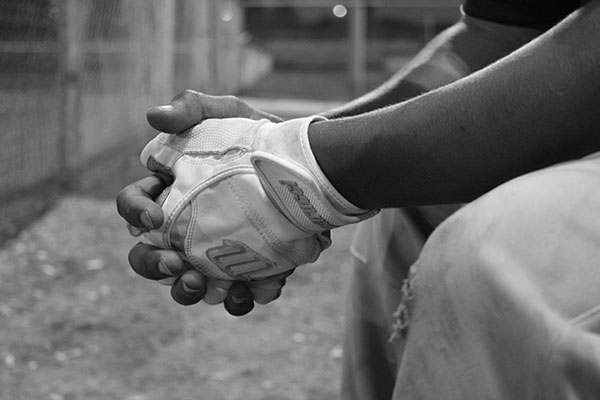 A survey of more than 40 athletes at Missouri Baptist University showed that only seven had clear knowledge of what yips are. Yips mainly affect athletes, most commonly golfers as they are trying to putt, according to the Mayo Clinic.

As we approach the Masters Golf Tournament this week, memories of future Hall of Fame golfer Ernie Els come to mind. It was two years ago this week, in the first round in 2016 at Augusta, when he missed five consecutive putts from inside 3 feet of the hole, to record a 9 on the first hole of the tournament and effectively take him out of contention before he had even finished one hole. In one disastrous moment, Els was hit by the yips. Click here for the video.

In fact, the term “yips” was coined by another golfer, Scotland’s Tommy Armour, who called it a “brain spasm that impairs the short game.” Yet many are not educated about the condition or what causes it.

Golfers such as Henrik Stenson and even Tiger Woods have been affected by the yips at points in their careers. These athletes overcame their yips, but not all do. Some athletes are forced to leave their sport after making it to the highest level.

Yips can affect any athlete from any sport, even sports like cricket, darts and softball. The cause of yips is yet to be determined, but according to Tyler Ward, a golfer for Missouri Baptist University, thinking too much about a repetitive motion can be the cause of yips.

Another thing that can cause yips, according to Ward, is when an athlete is switching up his or her technique and starts thinking too much about which one works best. 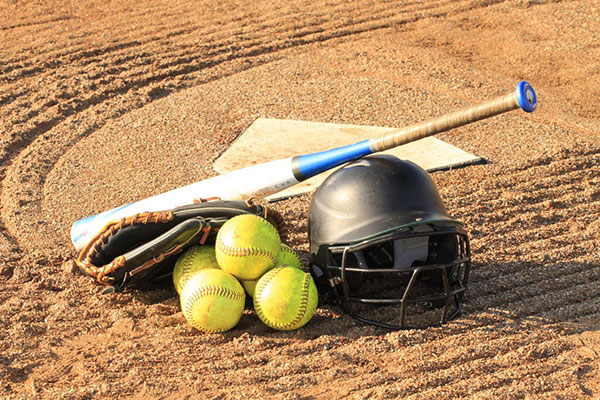 In Donohue’s case, the reason she believes she got yips was due to stress outside of her sport. “After one bad pitch,” she said, “they all became bad pitches because I was overthinking so much about where I had gone wrong.”

According to academic journal “Sports Psychologist,” there is a correspondence between the yips and perfectionism. The journal states: “Three aspects of perfectionism (personal standards, organization and concern over mistakes) were associated with a greater likelihood of suffering from the ‘yips,’ indicating that ‘yips’ sufferers had an unhealthy perfectionism profile.”

Donohue does believe she was trying so hard to perfect her pitch after messing up that the yips began to affect her more seriously.

Another athlete, also a pitcher, who had to deal with the yips, was Rick Ankiel. Ankiel, a former pitcher for the St. Louis Cardinals, got the yips during a National League division series when he was only 21.

During this series Ankiel broke a record for wild pitches and ultimately found himself back down in the minor leagues after the series had come to an end.

Even down in the minor leagues Ankiel was unable to get his pitching back on track. Eventually a man who was called, “the most promising young left-handed pitcher in a generation,” by The New York Times Magazine, was forced to give up that position.

Ankiel did find a way to remain a professional baseball player, though. He became an outfielder and eventually found his way back into the Cardinals’ dugout.

Athletes from all levels can be overcome by the yips, some may have to leave their sports forever, but others may be lucky enough to work around them.

Donohue finally overcame her yips after a year of figuring out what caused them. The fear of failing still sits in the back of her mind, though, as she never knows if they will come back or not.

Not all athletes who get the yips may feel like this, but it does take a toll on the mind and body, according to Donohue.

There are many websites and articles that offer tips of how to get over the yips. Though some of these tips may work, the way the yips affect someone varies from person-to-person. A person needs to find out what works for them, yet even doing this may not change the state of their condition.

To understand more about how athletes overcome, deal with or are affected by the yips, check out these books, which are all available on Amazon and at Barnes and Noble:

◊“The Phenomenon: Pressure, the Yips, and the Pitch that Changed My Life,” by Rick Ankiel, a New York Times bestseller that is being released in paperback this week.

◊“Putting Out of Your Mind,” by Dr. Bob Rotella

◊“This Is Your Brain On Sports,” by Dr. David Grand

A softball player sits on the field with her helmet and bat beside her. Athletes from all levels can be overcome by the yips, some may have to leave their sports forever, but others may be lucky enough to work around them.