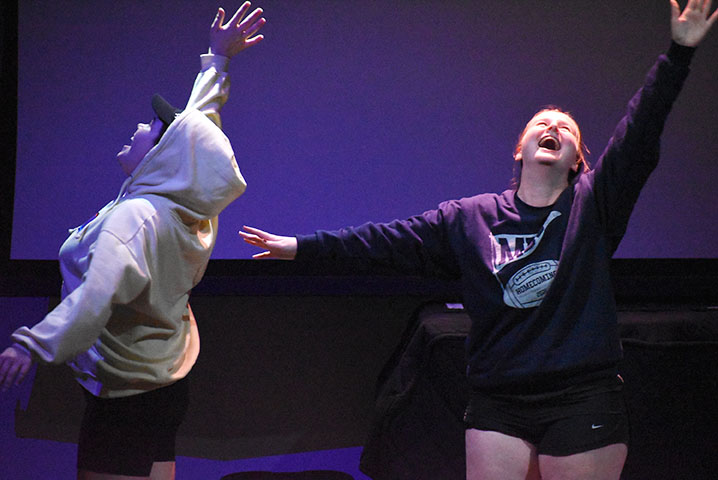 Kirenda Brown and Mallory Liddle twirl to the beat of their song during the Lip Sync Battle. Photo by Madisyn House 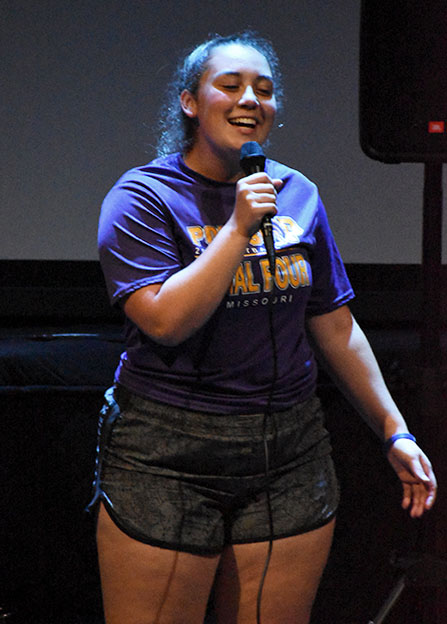 Emma Eaton sings into a microphone at the Lip Sync Battle. Photo by Madisyn House 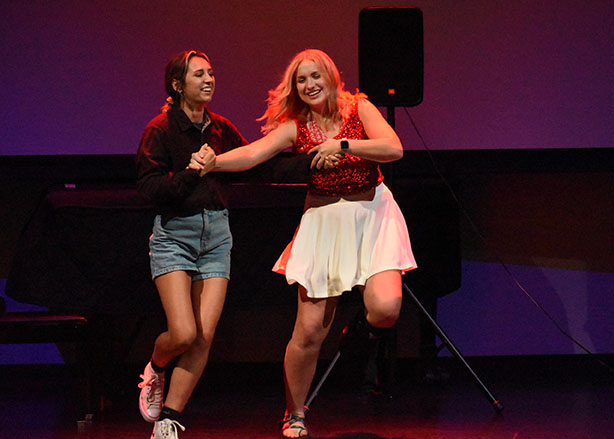 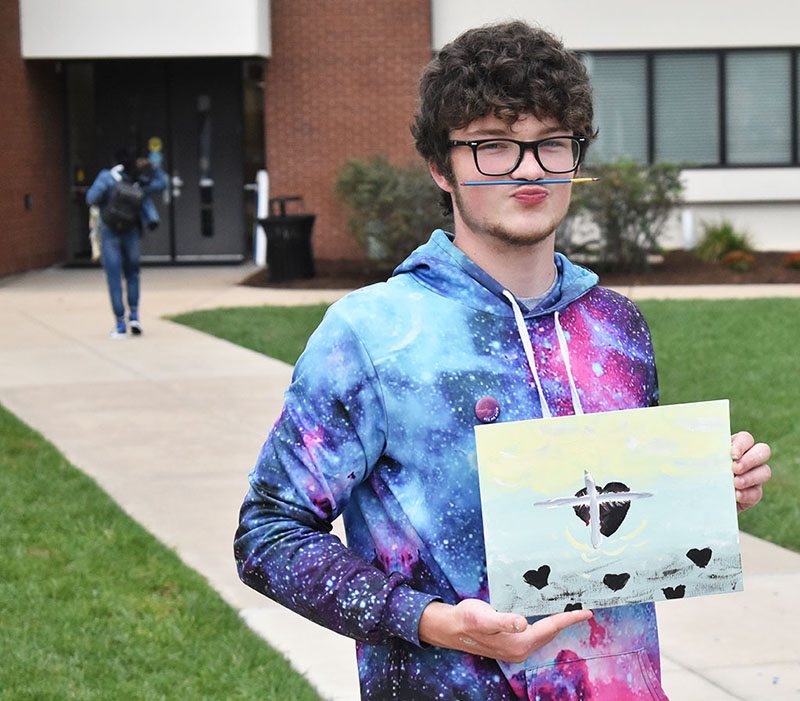 Bryce Lingle brings out an artistic pose and displays his canvas at Art in the Quad. Photo by Jason Harman 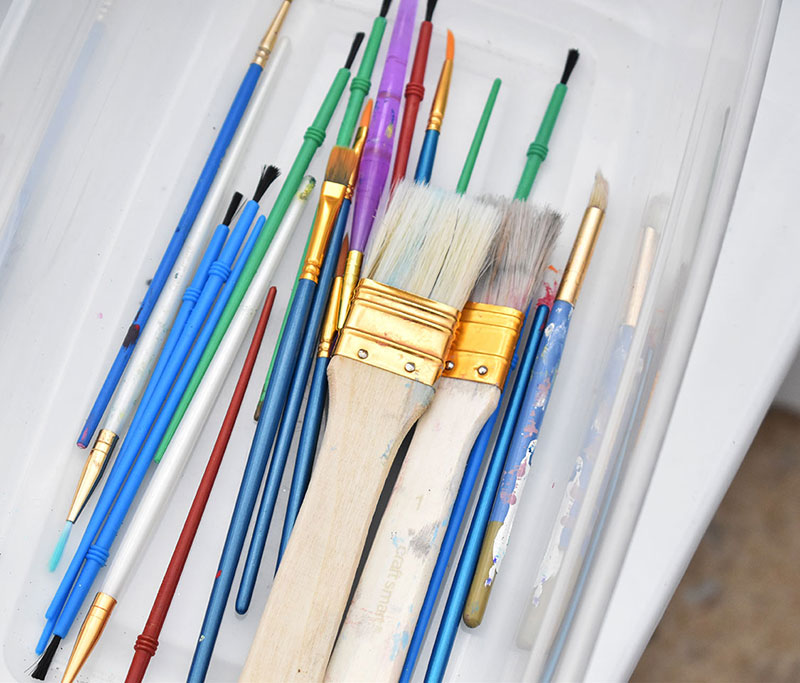 A colorful variety of different paint brushes and styles were given to students to use at Art in the Quad. Photo by Jason Harman 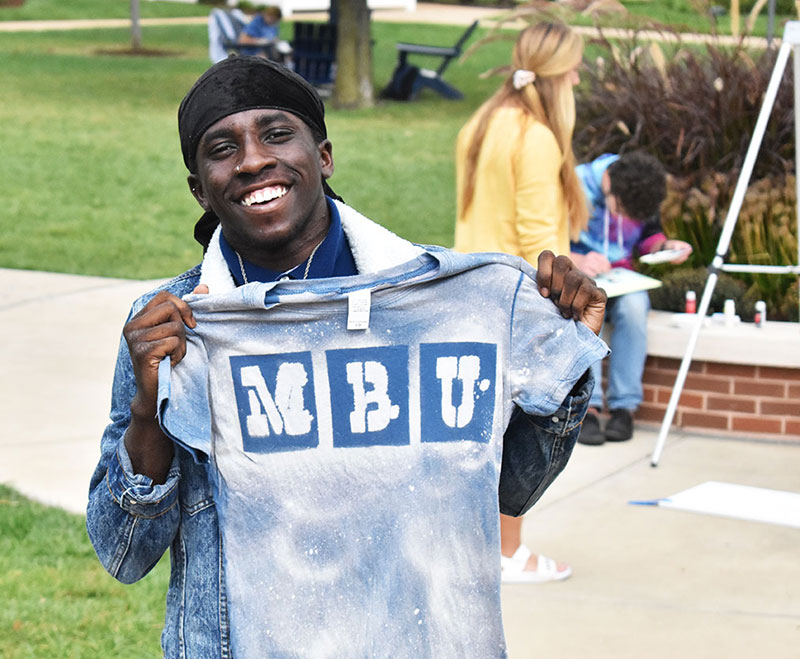 Cylin Atkins smiles and shows off his new tie dye shirt during Art in the Quad. Photo by Jason Harman 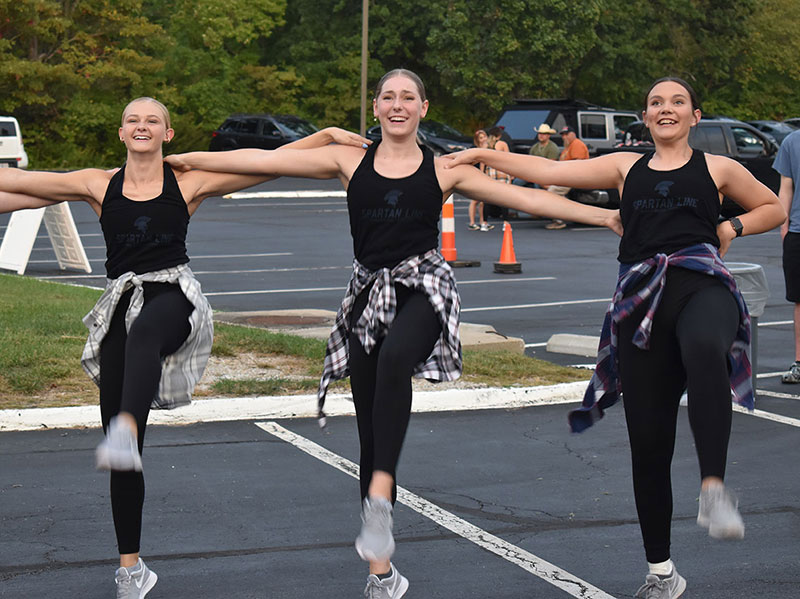 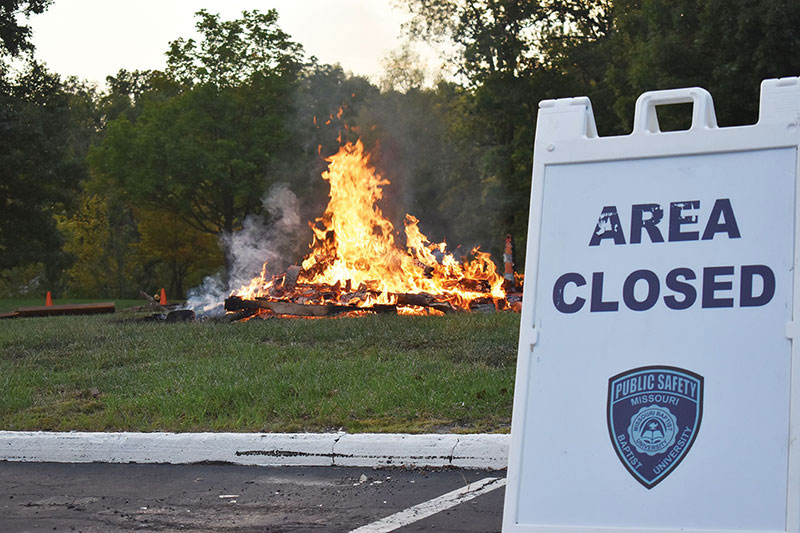 MBU Public Safety closed down the area for the Homecoming Bonfire. Photo by Carter Mize 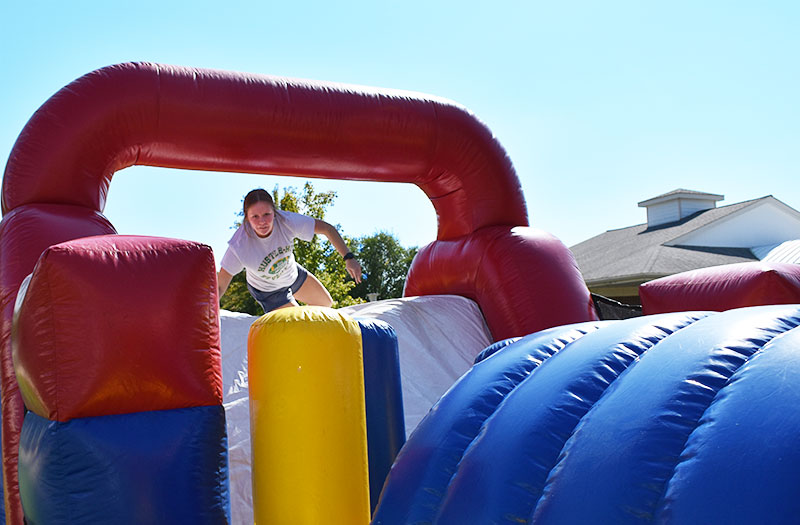 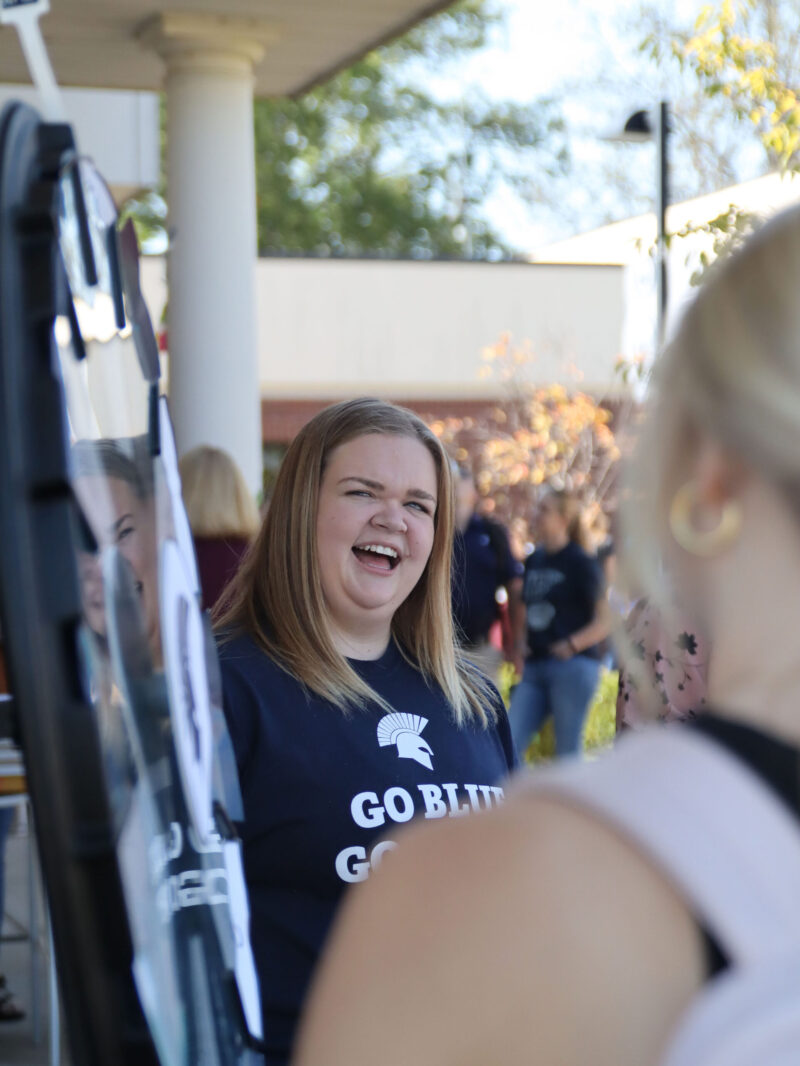 Maggie Ralls helps with the Homecoming event on the Quad during Spartacus’ Birthday Party. Photo by Hamin Lee 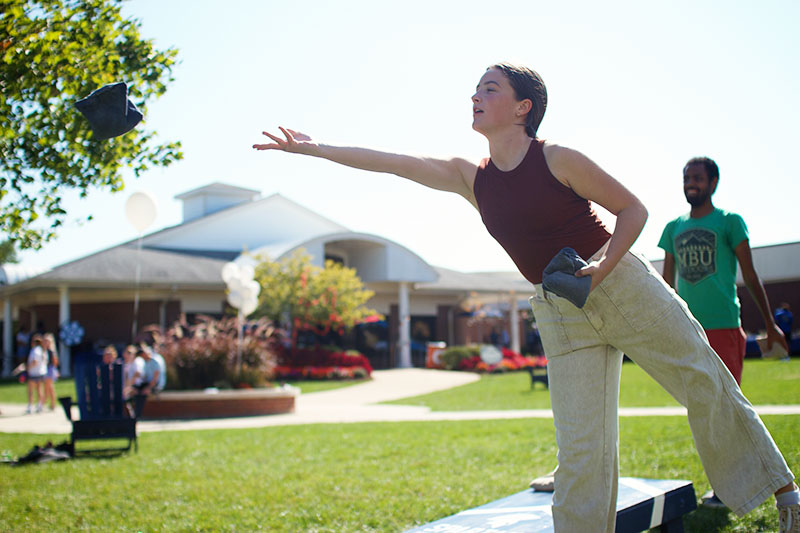 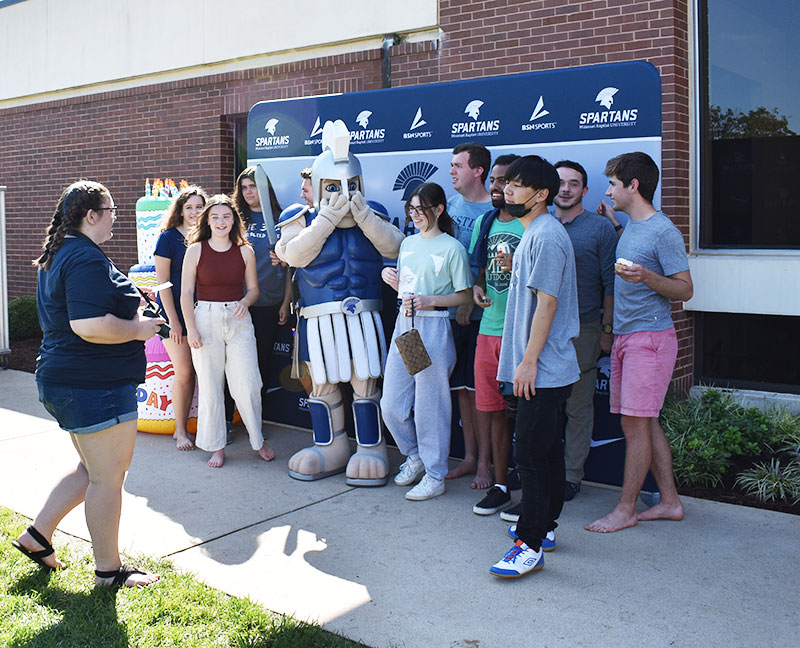 A group of students take a photo with Spartacus on the Quad during Spartacus’ Birthday Party. Photo by Emily Heflin 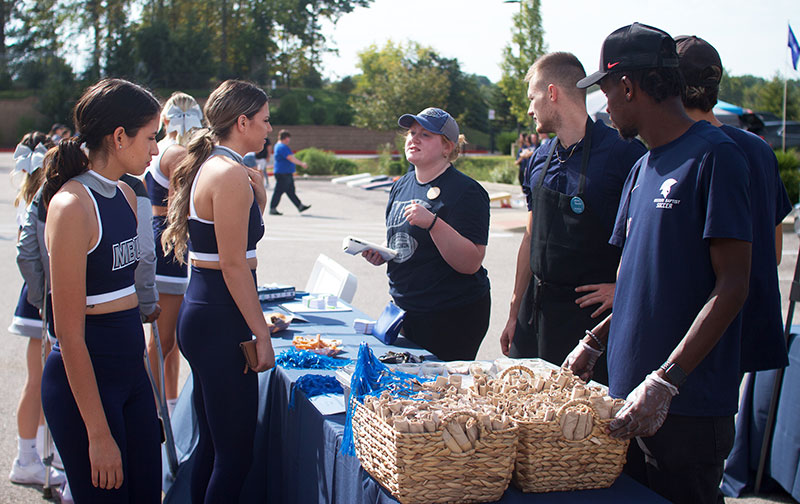 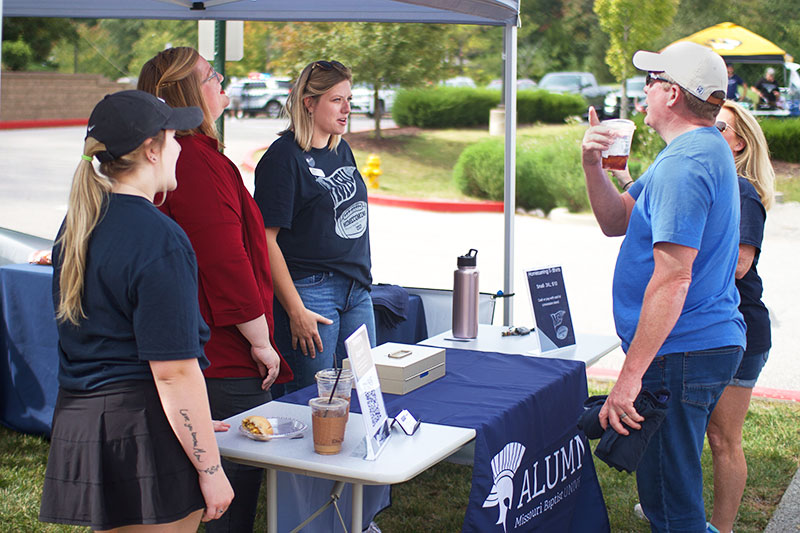 Grace Hahn, Sarah Marie Gibbs and Abby Kassebaum talk with parents and alumni at the alumni table at the Homecoming Festival. Photo by Patrick Griffey 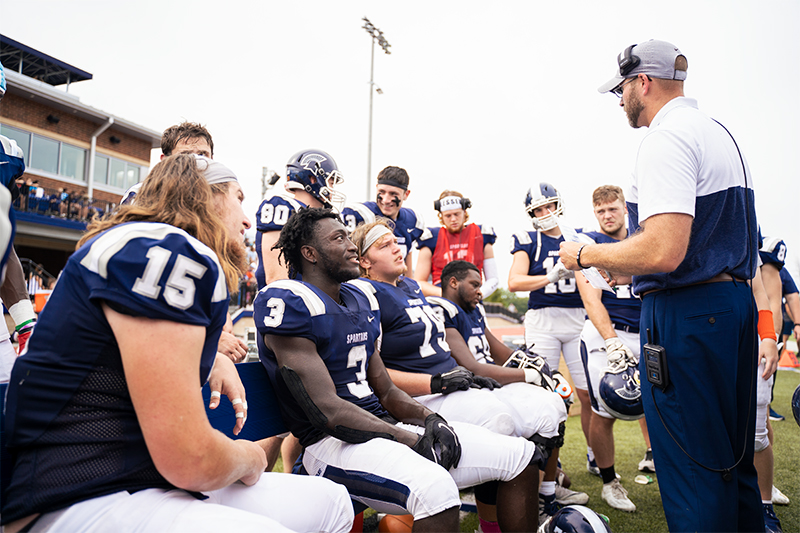 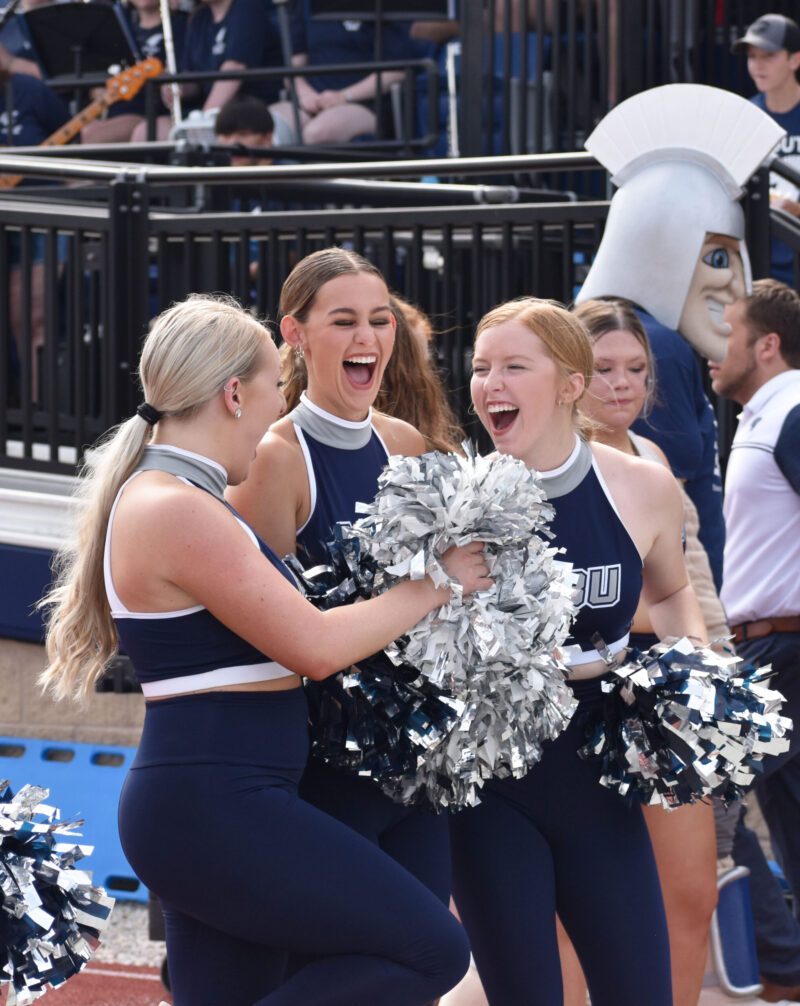 Emma Vogt, Emma Crites and Mya Waldren laugh together while waiting to welcome the Spartan football players to the field. Photo by Autumn Heaton 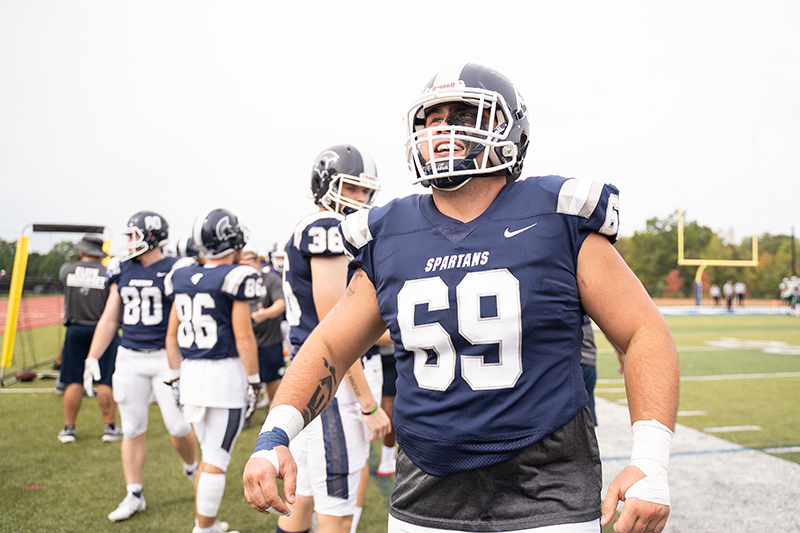 Offensive lineman, Ryan Hicks, looks into the stands as he comes off an offensive possession. Photo by Orville Parker III 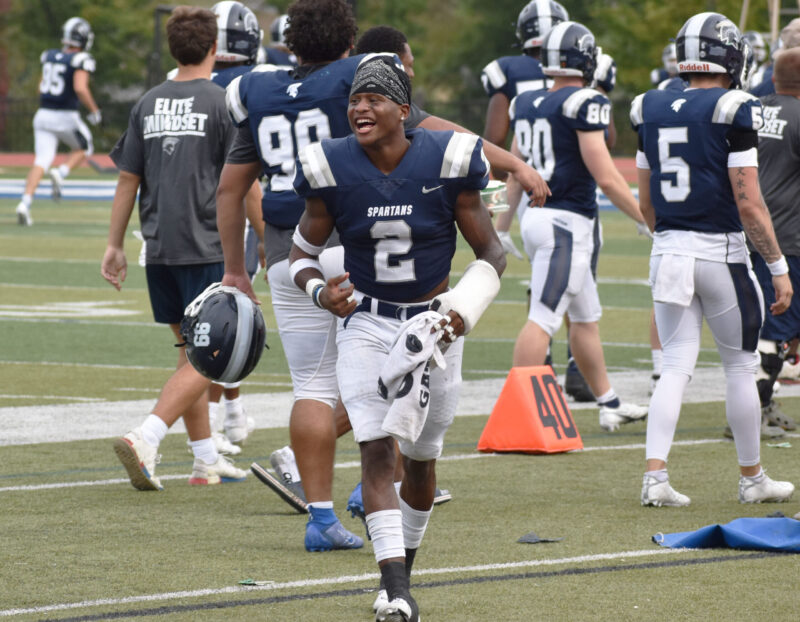 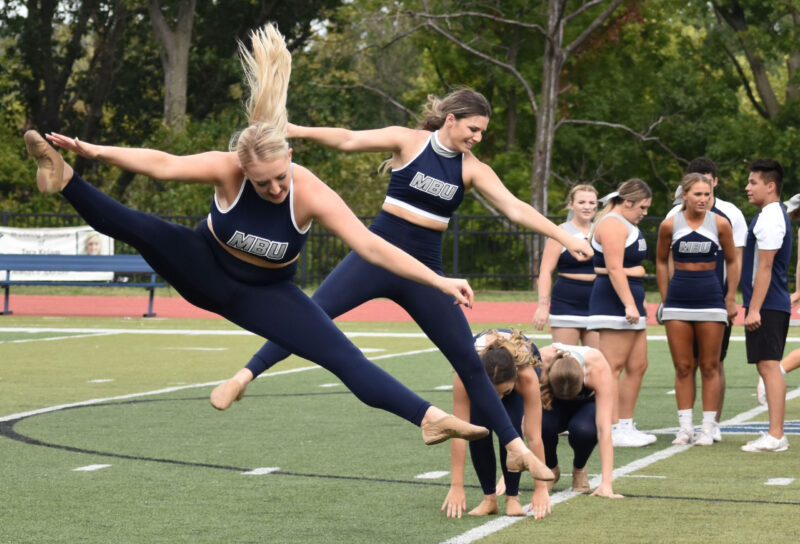 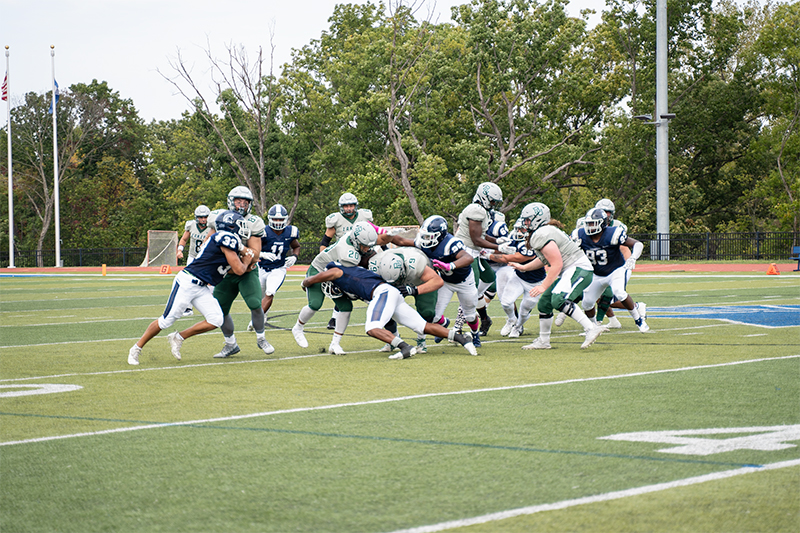 MBU defensive back, Joe King, tackles the Roosevelt running back to make a stop on the play. Photo by Orville Parker III 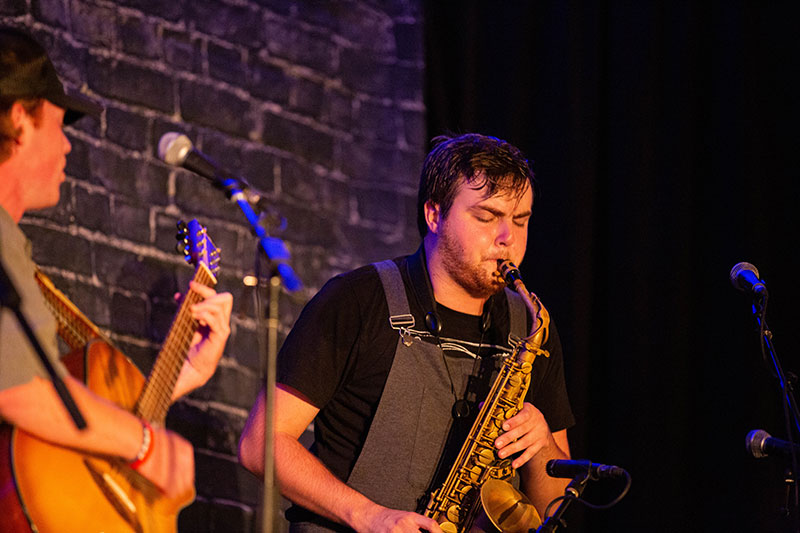 Cameron Hume plays the saxophone as part of the many bands that perform live at thePerk[24]. Photo by McKenzie Sheehy 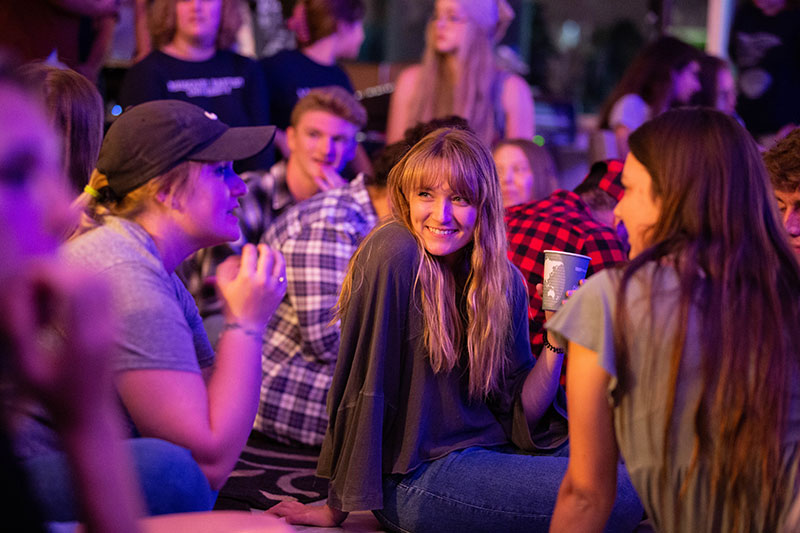 Morgan DeWitt sits and laughs with friends at the annual thePerk[24]. Photo by McKenzie Sheehy 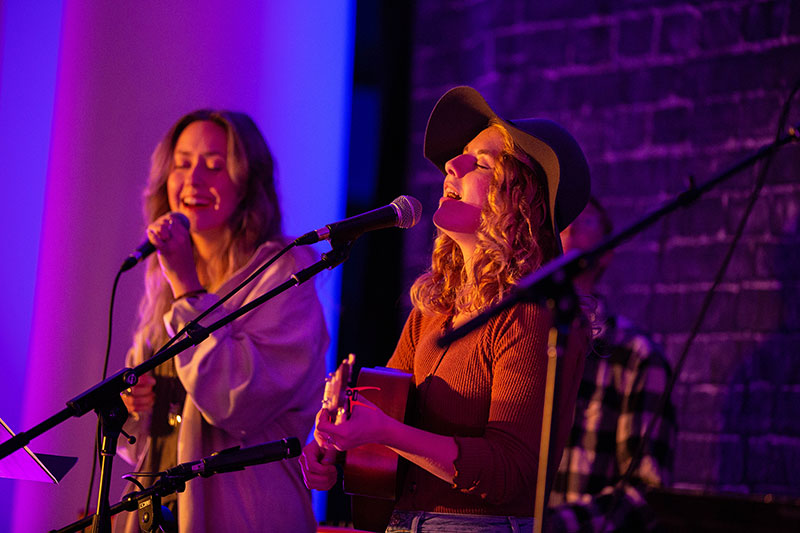 Rachel Harrah and Katelynn Griffey perform as the closing act at thePerk[24]. Photo by McKenzie Sheehy