Written by MBU Timeline on November 1, 2021. Posted in Media

Isn’t it great to see faces again this semester? Smiling faces, angry faces, laughing faces, stressed-out faces, praying faces … just seeing faces on campus is such a positive aspect of this current semester. ThePerk is one of students’ favorite locations on the MBU campus. In the fall of 2020, everyone at MBU wore masks because of the pandemic. As we continue to emerge from living through a season with required face coverings, MBU photojournalists Emily Heflin and Madisyn House capture some new and familiar faces that we can now see around thePerk. 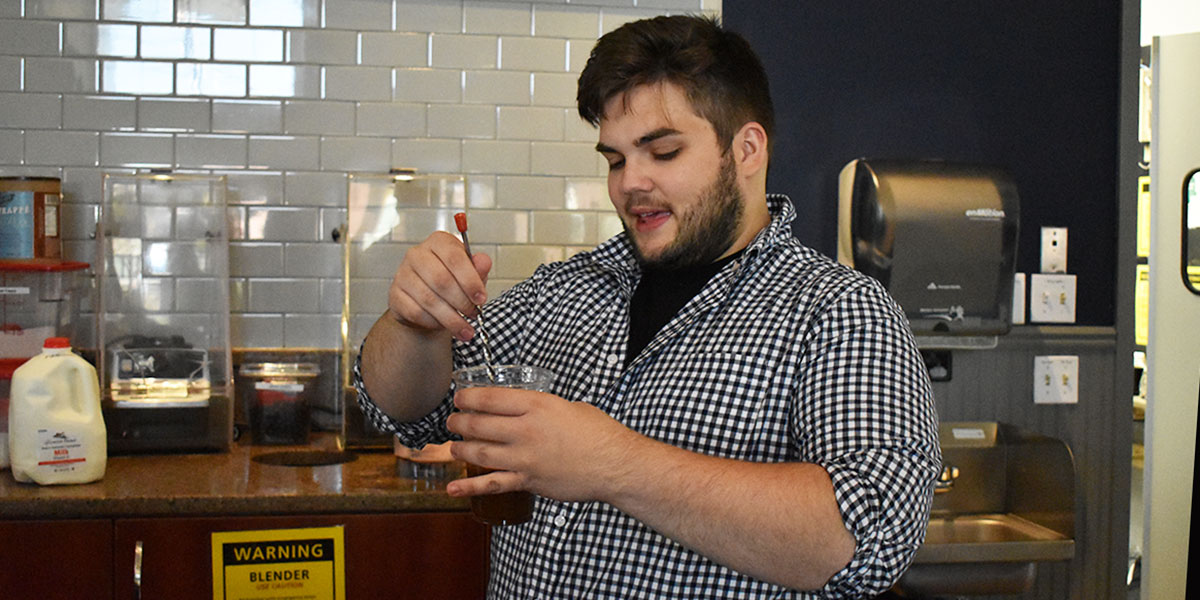 David Gregory stirs a coffee for a customer at thePerk, the campus coffee shop at MBU and known for being the largest free-standing coffee shop on a college campus in the state. ThePerk serves beverages and snacks in partnership with Fresh Ideas and Kaldi’s.     Photo by Emily Heflin