Written by Ryan Rerich on November 2, 2015. Posted in Sports

The Spartans defeated the No. 22 ranked Scots on Senior Day, a day filled with rain and gloomy weather. 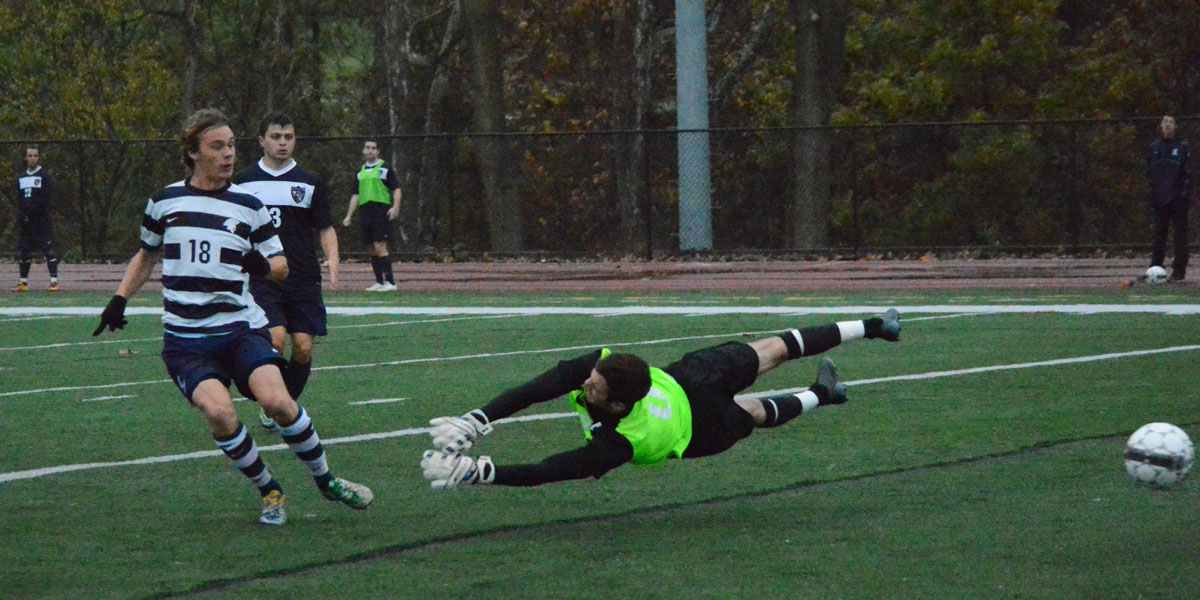 Tyler Lewis, freshman from Troy, Mo., scored a goal in the 87th minute which proved to be the game winner for the Spartans. The Spartans defeated Lyon 2-1 as the darkness crept on the field late in the afternoon. 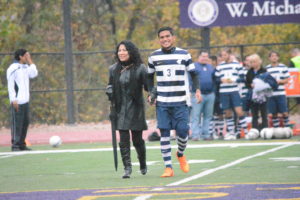 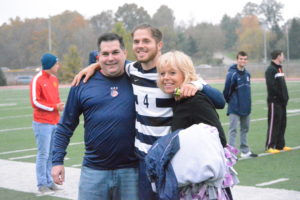 Chad Otec, senior defender from Crystal City, Mo., pauses for a picture with his parents. 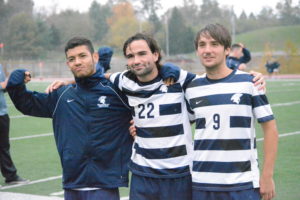 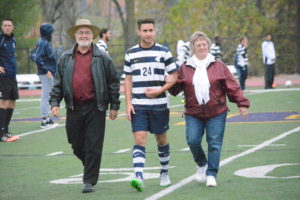 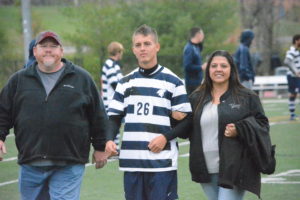 Mike Maldonado, senior mid from St. Louis, gets escorted down the field. 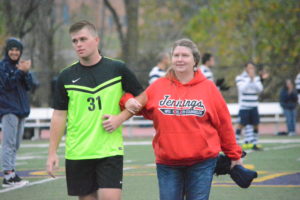 Zach Koeller, senior keeper from Affton, Mo., has a walk down the field while the seniors were honored. 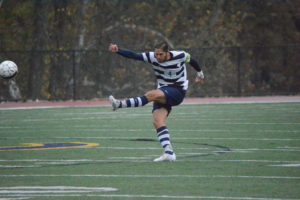 Otec boots one down the field. 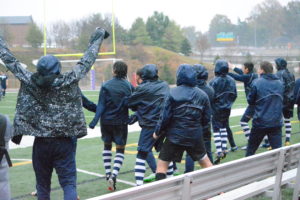 The team celebrates a goal scored by Ocampo. 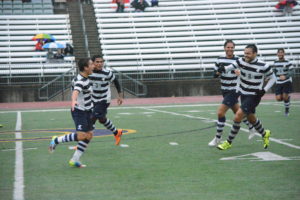 Erick Ocampo, junior center midfielder from Colombia, scores a gem of a goal during the first half. 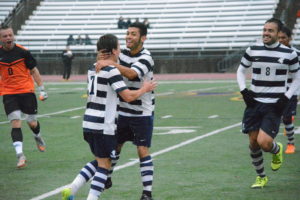 The team celebrates the goal. 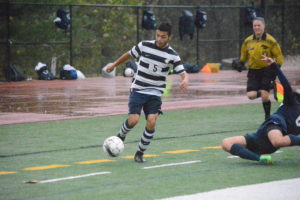 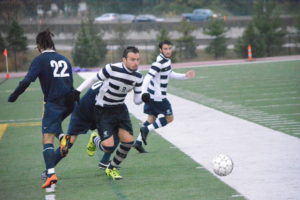 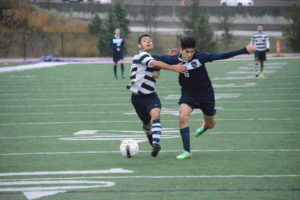 Espinoza fights off a foul. 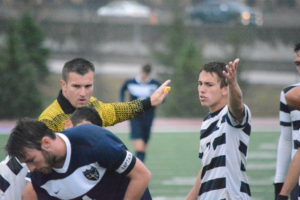 Ocampo gives the ref his opinion of the previous play. 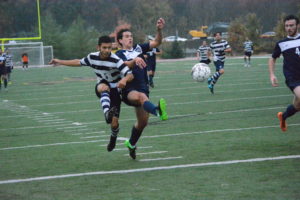 Espinoza takes a shot on goal. 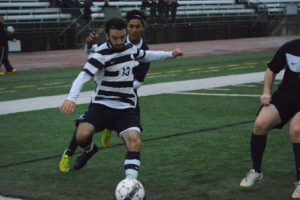 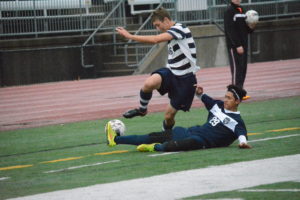 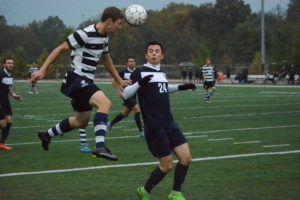 Randolph heads one on goal. 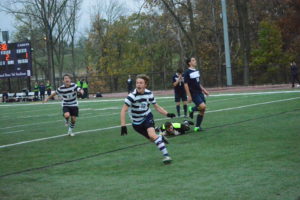 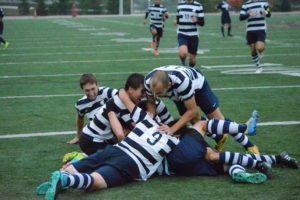 The team dog piles Lewis after the goal.