On Oct. 2, 2006, a man walked into a one-room schoolhouse in a Pennsylvania Amish community and shot 11 female students, aged 6-13, killing five. Members of that community faced the tragic event with compassion and forgiveness, sparking national discussion and inspiring Jessica Dickey’s production, “The Amish Project.”

Under the direction of Melissa Harlow, MBU Theatre presents “The Amish Project,” showing Thursday, Aug. 30, through Sunday, Sept. 2, with tickets for sale at the MBU Box Office website. 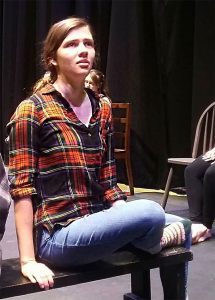 Former Theatre Director Joy Powell and current Theatre Director Kasey Cox collectively chose this production; Cox finds this story to be a powerful one as it portrays an essential kind of forgiveness.

“We see Christians differing on their political stances on how to attack something like this civically,” Cox said. “So we wanted to look at — how do we look at a situation like this purely from a Christian standpoint? This forgiveness is costly and painful and impossible, but we receive that as Christians so we should give that to others in return.”

Playing the role of the shooter, Eddie Stuckey, is junior Daniel Dilworth.

Dilworth, who is double-majoring in theatre and communication studies, said this show displays the acts of hate and pain, as well as the acts of love and forgiveness.

“It is my job to show how these different elements struggle within an individual and, in this case, what happens to a man when he finally succumbs to the darker parts of himself,” Dilworth said.

Because the shooter committed suicide at the scene, Dilworth said it can be “difficult to be certain how to accurately portray the character,” but it also gives him the freedom to develop the character in the way he thinks will ring most true to the audience.

According to senior Eliana Steele, playing the role of the shooter’s wife, “The Amish Project” is unique in that it’s based on a true story, making it more difficult to leave its emotional impact on the stage.

“For an hour and a half, the actors and audience are sharing in this intimate, in a sense vulnerable, moment together. We’re sharing grief, and pain, and fear, and hope,” Steele said. “This story is something that actually happened, so the weight of it kind of lingers.”

Click here or on the graphic for a link to the Box Office. 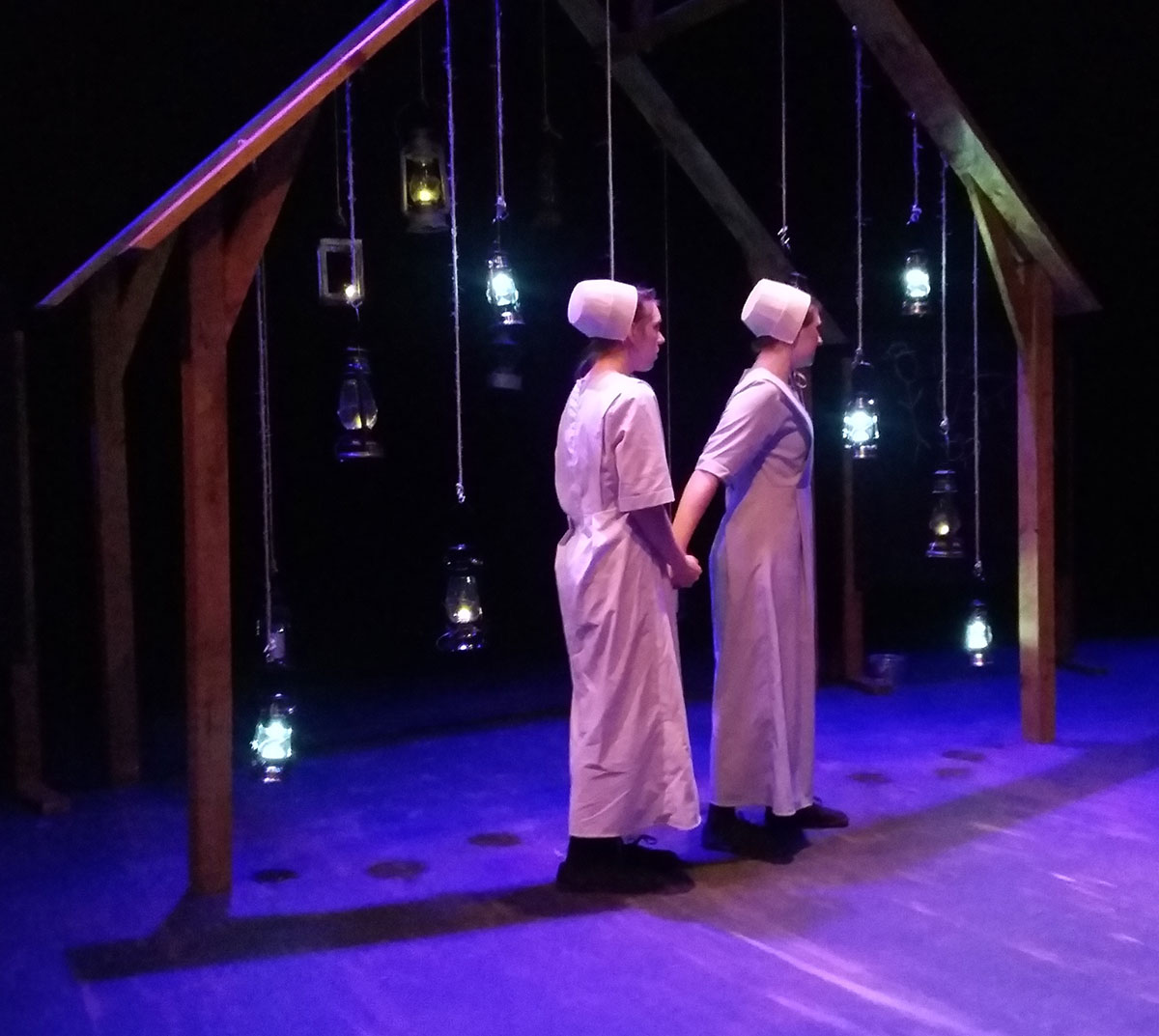