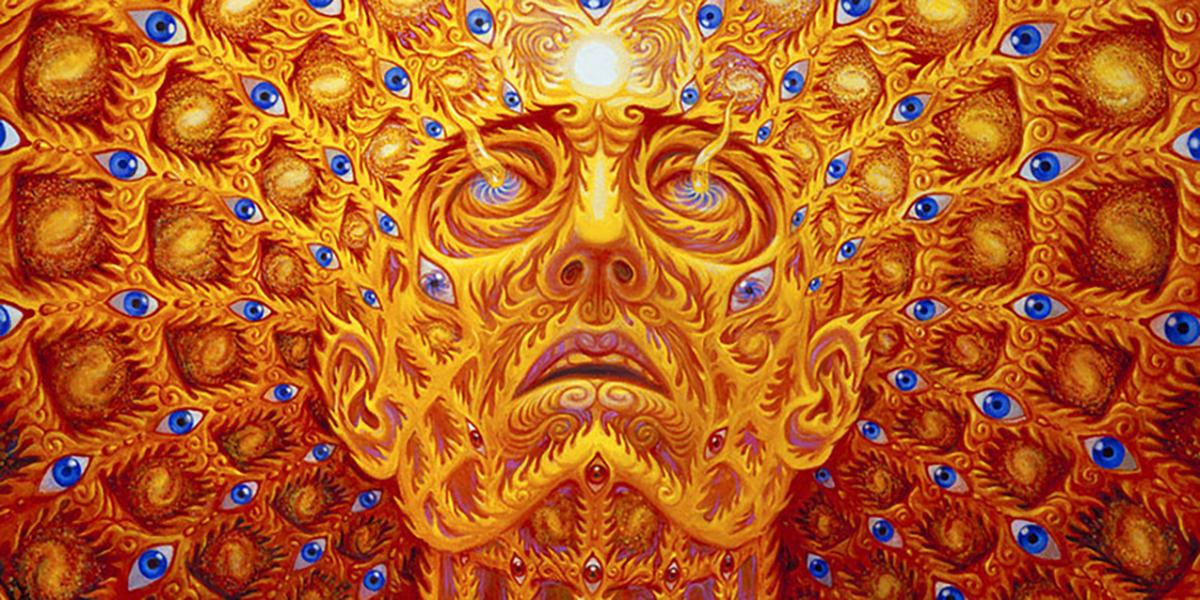 For those who haven’t been blessed by the sound and insightful lyrics Tool made with its five major albums throughout the ’90s and into the early 2000s, they missed out on some of the most primal artworks, exhibiting poetic protests as well as serene introspection.

“Lateralus,” the alternative rock band’s third album, released in 2001, is 78 minutes and 51 seconds long, making it one of the longest single CDs ever recorded.

The artwork for the album is by Alex Grey, an artist who connected with Adam Jones, the band’s guitarist. Grey is as much a part of Tool as the musicians thanks to their effortless connection between visual and musical art.

“Lateralus” is a perfect album for people who like music with a deeper meaning. With each listen, the lyrics seem to change the way we see the song, as well as music in general.

Tool uses such an intricate vocabulary that it is in fact mathematical.

They take their work seriously. It’s art and should be treated as such.

They don’t allow streaming for their music since they believe the music should be listened to as a whole, which is evident since most of their songs range from 5 to 9 minutes long.

Maynard James Keenan, the band’s lead singer, performs certain songs in the back of the stage, while specialized artwork or claymation art is shown above, created by Grey or Jones. This encourages the listener to focus on what is being said, and not to glorify Maynard as the lead singer.

Tool also doesn’t promote themselves, albums are randomly released and their website is more of a fan-page.

“I heard fans say we sold out when the last albums became successful. I had to agree with them. We are a product. But we’re also true to what we believe,” Keenan said in an interview with Hit Parader.

As well as the name of the album, “Lateralus” is also the name of a song, a 9-minute track that is one of the most mentally pleasing songs for me.

This is where the math comes in.

If you’re not familiar with the Fibonacci sequence, I’ll do my best to explain.

With that being said, the syllables in the song “Lateralus” match perfectly with the Fibonacci sequence.

That’s difficult enough as is, but to make it even more interesting, the song references a spiral several times. The visual representation of the Fibonacci sequence is a spiral. If we also look at Grey’s artwork we will see the spiral on several occasions. Click to see Alex Grey’s art. 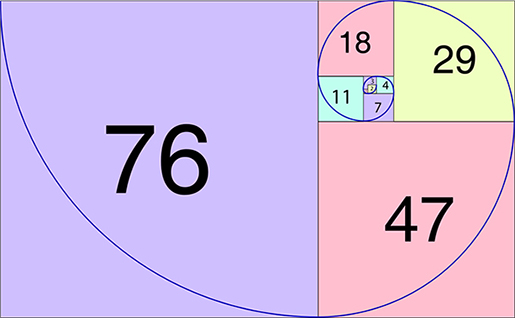 This can also be called the golden spiral and it’s been linked to the creation of the universe being found in nature as well as the galaxy.

These lyrics have a tie to the theory of the creation of the world being more than just what’s in front of us, but also reminding us that we have no control over what is there.

The song ends with these words: “We’ll ride the spiral to the end, and may just go where no one’s been, spiral out, keep going.”

The band collectively has said, “It came from trying to relate to those things in life or nature we all have in common. … It’s something that people have been studying since the beginning of time. So we wanted to apply that to our music. That’s why we got more into the idea behind science, metaphysics and the myth of communication.”

Now that’s a lot of Fibonacci for just one song, but it wasn’t just the song that followed this pattern.

Remember when I said the band didn’t like streaming because they prefer their art be experienced as one?

“Lateralus” was so sophisticated on its own that people didn’t notice at first, but with this Fibonacci theme, a second version of the album was released on YouTube called, “The Holy Gift.”

“The Holy Gift” rearranged the songs of “Lateralus” to fit the sequence and reveals the true message that Tool is trying to portray, which is to be subjected to society’s brainwashing, and struggling to go against the grain while keeping your sanity.

Tool fans have grown accustomed to waiting for the next release.

“Lateralus” was released five years after “Ænima,” one of the most popular albums in the Tool archive.

Tool is still touring and making music, but because of how busy all the band members are with other projects, coupled with how meticulous they are with making their music, we haven’t seen a new album … yet.

This had fans raving with questions to the band about if they would release another album.

This tweet, which was followed by a sigh of relief from all Tool fans, was a much more genuine release teaser than the false release Maynard put out in response to a fan who wouldn’t stop asking when the next album was coming. “April 1st 2018”

Any fan of Maynard could see he was obviously playing an April fool’s joke on the fan to get him to shut up, never mind falsity, back to reality.

Tool fans can’t help but rediscover the albums that provoked them into a deeper sense of mortality.

The reason Tool separates themselves from other bands is the amount of time and detail it takes to make even one track, let alone an album.

The long time between albums is well deserved since it takes years to really grasp the meaning of the music.

This is why Tool fans are eager to hear this new album, but in no way are we mad.

We aren’t worried about whether the music will be good or bad, that doesn’t matter to a true fan. Instead it’s like a drug.

We know the euphoria is coming, there is no good or bad, just a heightened sense of self awareness.

The wait allows us to digest the art and then look deeper into ourselves.

To expand our minds while cleansing our bodies of distraction, allowing us to focus on the things we never minded before and finding beauty in the dissonance.