Written by Sarah McGowan on December 8, 2022. Posted in Arts & Entertainment

“Lighthouse,” Livingston’s debut EP, explores his uncomfortable emotions, in order to help listeners feel comforted about their own emotions. The singer/songwriter from Denton, Texas, is only 20 years old but brings sound and lyrics beyond his years. 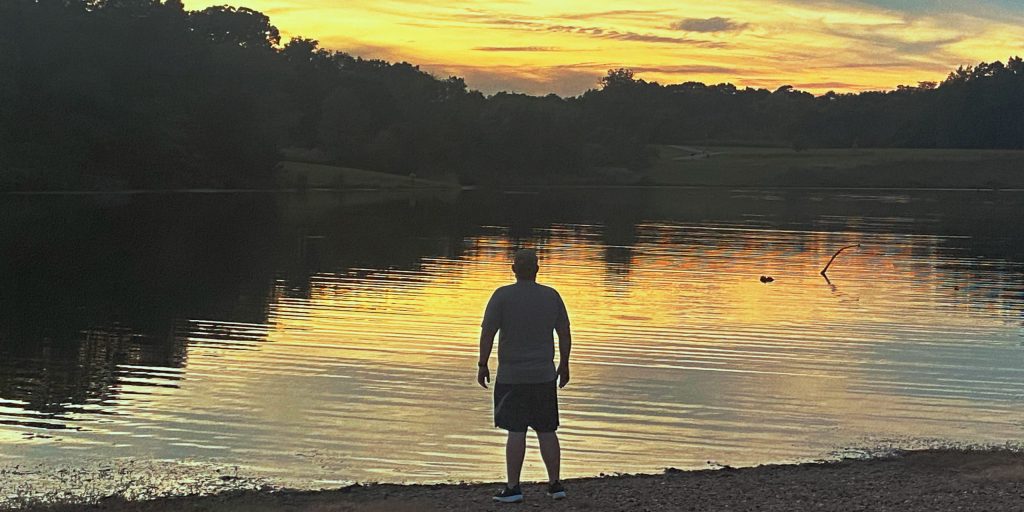 Livingston’s debut EP, “Lighthouse,” explores a number of relatable emotions through creative lyrics that weave a story, set to music that listeners in various stages of their life journeys can all relate to. Photo by Sarah McGowan

Livingston’s debut EP, “Lighthouse,” explores relatable emotions of loneliness, lostness and isolation, through imaginative and nostalgic storytelling that causes listeners to feel comforted about similar emotions they may be experiencing.

In an interview with Beyond The Stage, Livingston revealed that he is a singer, songwriter and producer from Denton, Texas, and he released “Lighthouse” with Elektra Records during the summer of 2020 when he was 18 years old.

During the interview, Livingston, his mononym, described his music style as “something in between pop music and an orchestral film score,” citing Imagine Dragons, Black Eyed Peas, J. Cole, Drake and scores from movies such as “Lord of the Rings” and “Star Wars” as inspirations for his music. 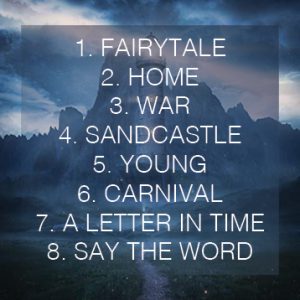 A comprehensive list of the songs on Livingston’s album, “Lighthouse,” with the album cover as the background. Graphic by Kaylee Ascher

The first song on the EP, “Fairytale,” is also Livingston’s debut single and most popular song on Spotify. It tells the story of a child who looks up to fictional characters and superheroes, and views them as his role models, much the same as people who look up to social media influencers for inspiration in their lives. As the child in the song grows up and realizes that his role models set unattainable expectations for people in the real world, he is left feeling afraid and uncertain. This song made me feel nostalgic of various movies and characters I looked up to as a child.

“Home” is a pensive reflection that expresses Livingston’s feelings of dissatisfaction and self-doubt with his own character, and the fears he has of not living up to the expectations set before him. I relate to this song because I sometimes feel like I am unable to be the character that others want me to be, and because I often feel like I do not meet the academic and workload expectations that are set before me.

I think the next song, “War,” is Livingston’s answer to “Home.” He becomes angry with the person who is mocking him and breaking down his character, though he recognizes that his opponent’s bullying stems from their own low self-esteem. Livingston states that “war will rage when I wake up tomorrow,” even though “… I wonder / If we’ll ever face what we dread / Facing the fear of ourselves.”

Playing off of the events described in “Home” and “War,” Livingston explains that his anxieties and “mind games” keep him awake at night in “Carnival,” which likens the artist’s emotions to carnival rides.

This is one of the songs on the album “Lighthouse.” It features some of Livingston’s most popular lyrics. Courtesy of Livingston

In reference to his physical opponents and his own feelings, he says, “I just hope some day we’ll come to terms.” This song also brings me a sense of empowerment, as the lyrics describe Livingston’s growing confidence in himself and his ability to overcome negative emotions. It makes me feel more confident in myself.

“Sandcastle” tells a story of a girl who builds a sandcastle on a shore, but then the sandcastle is washed away in the tide, and I think it explores how people respond to difficulties and problems in their lives. In the song, the girl reacted by blaming herself, and was too distraught to see that the lyricist was trying to comfort her. I relate to this because when I face difficulties, I often isolate myself and resist comfort or help.

“A Letter to Time” describes the lyricist’s resentment toward a personified version of time. Time has taken away his childhood and people he cared about, and he tries to negotiate with time to ease up and show some kindness toward him.

Even when it seems like I am alone in my emotions, there are others around me who have experienced similar feelings and are willing to comfort and support me.

Livingston uses “Lighthouse” to shine a light on listeners who feel lonely or isolated. It brings me comfort and a sense of connection to know we all experience similar distressing emotions sometimes.

I think the songs in this EP are well-written and have important messages in them that we all should hear, and it is one of my favorite EPs. The style of this album brings me back to my memorable childhood, and the songs’ messages bring me a sense of connection to others.

Sarah McGowan is a staff journalist for MBU Timeline. She is a communications studies major from O’Fallon, Missouri, and a member of MBU’s Literature Club.