Written by Holly Flieg on September 19, 2015. Posted in Sports

The Spartans took down the Stars in a dominating fashion in three sets on Friday. 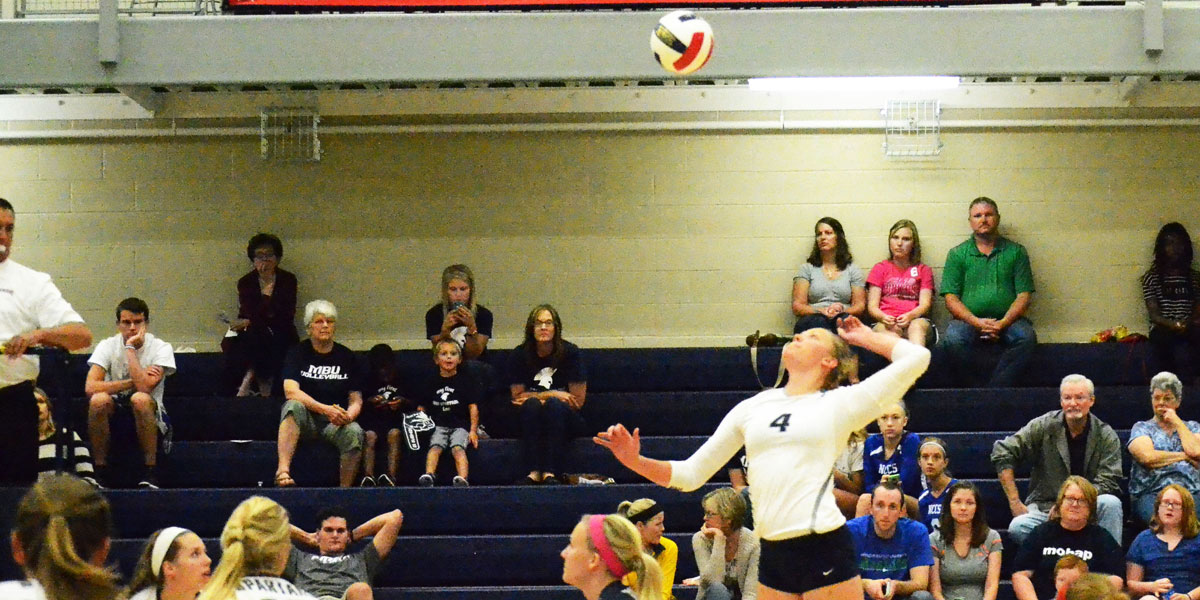 Senior Hannah Carey buries a spike down the line against the Stars. 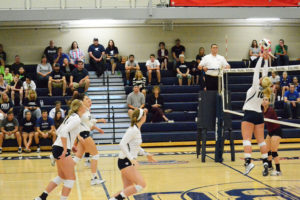 Senior Ally Krus tips the ball over the net. 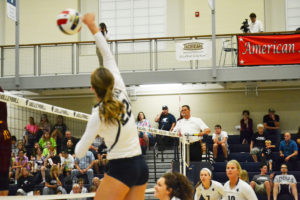 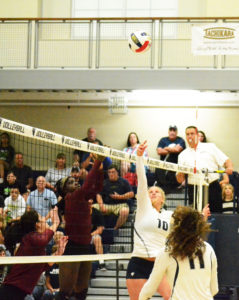 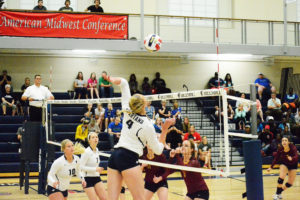 Senior Hannah Carey spikes the ball over the net. 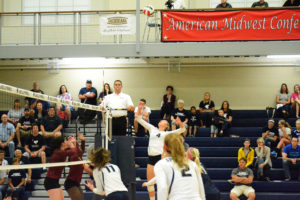 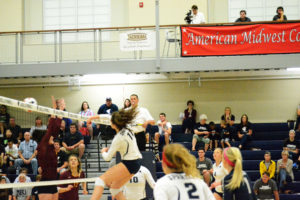 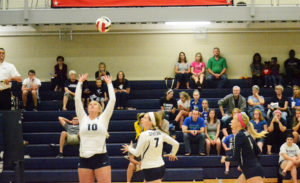 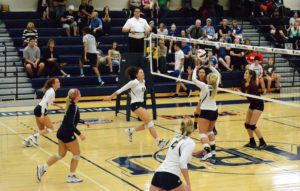 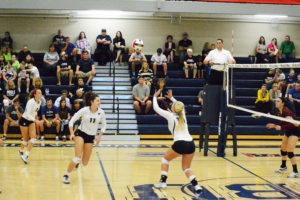 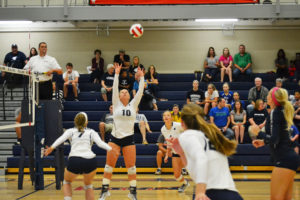