The Origin of the Gingerbread House

Written by Brittany Gammon on January 27, 2017. Posted in Arts & Entertainment

From cookie to house, gingerbread is a holiday staple. So how did the gingerbread house tradition begin? 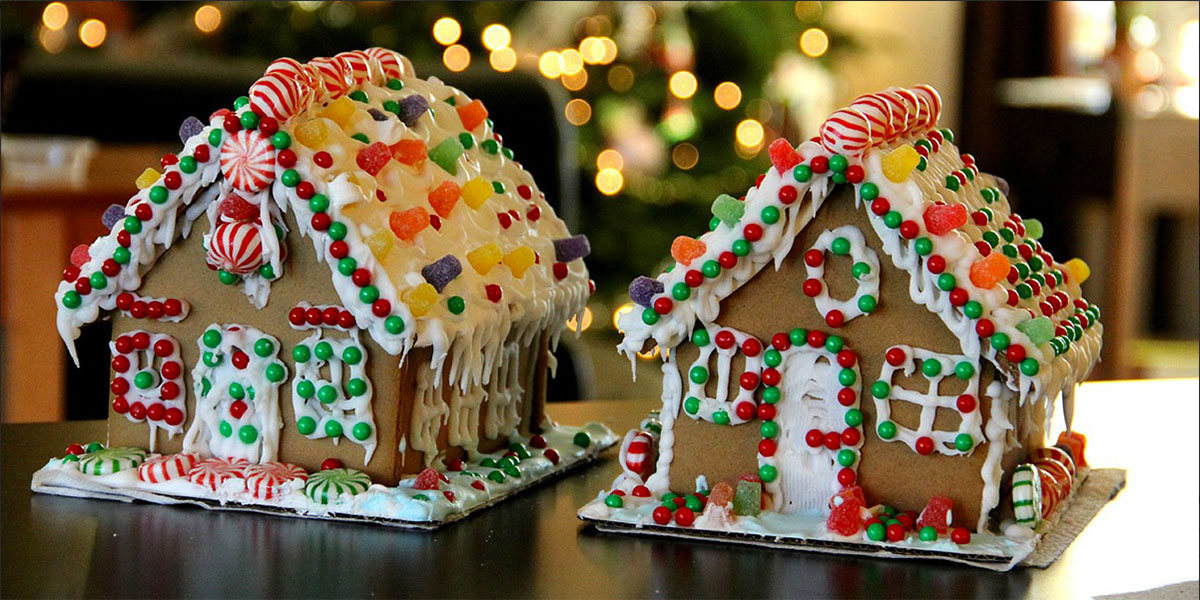 As February arrives and we officially move away from the holiday season, I just can’t help but reflect on a few of those favorite flavors to which we can never really say good-bye.

We moved from pumpkin through the oh-so-festive peppermint, eggnog and gingerbread. And it’s that last one, gingerbread, that leaves me with perhaps my fondest memories.

I have decorated many pre-made gingerbread houses. Pre-made is the key word here.

Once when I was little, I assembled my own gingerbread house.

The wall was caving in. The roof had a gap in the middle and the door was crooked, but in my eyes, it was the best little gingerbread house there ever was. Oh to think like a kid.

For many, gingerbread houses have become a tradition.

So how did this tradition begin?

It all starts with the ginger root.

The ginger root is known for being a preservative, so people added it to their cookies and breads, which led to the gingerbread recipe.

Originally grown in Asia, it became a popular trade item to Rome.

Before there were gingerbread houses, gingerbread cookies were created, and they have been around for a long time. The first known gingerbread recipe originated in Greece.

The recipe has since been tweaked. Today it comes in three different forms: flat crisp cookies, spicy cake and the cookie dough used to make the houses, according to Eastern European Food.

“Chinese recipes were developed during the 10th century and by the late Middle Ages, Europeans had their own version of gingerbread. The hard cookies, sometimes gilded with gold leaf and shaped like animals, kings and queens, were a staple at Medieval fairs in England, France, Holland and Germany.

“Queen Elizabeth I is credited with the idea of decorating the cookies in this fashion, after she had some made to resemble the dignitaries visiting her court,” according to PBS.

It came in many shapes, however flowers, birds and animals were the most popular.

“Gingerbread was a favorite treat at festivals and fairs in medieval Europe,” according to the Smithsonian Magazine.

In the 16th century, the gingerbread house entered the world.

The Brothers Grimm published the story of Hansel and Gretel in 1812. For a quick refresher of this story, they stumble upon a house made of candy in the forest.

The concept of the gingerbread house quickly became popular.

Some say gingerbread houses were already invented before Hansel and Gretel while others credit the fairytale.

Either way, the Brothers Grimm deserve credit for their popularity.