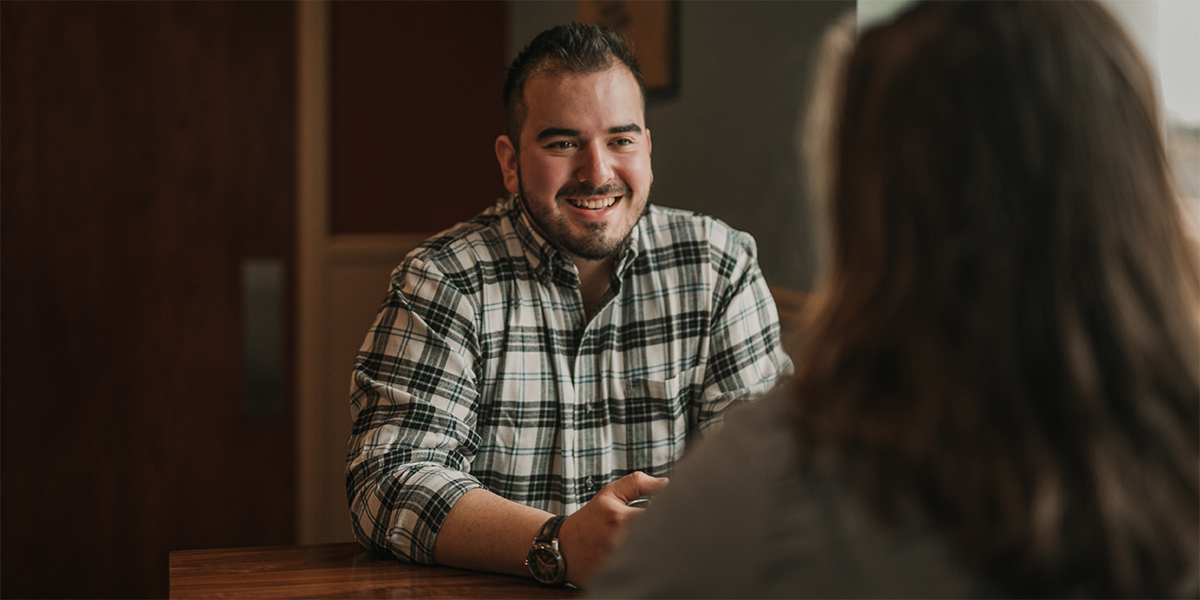 Huddled behind a steaming espresso machine or cracking a smile at the next guest is thePerk manager, Sebastian Munoz.

While at Missouri Baptist University, Munoz has been a dean’s list student, part-time worker, husband and now full-time employee, and the native of Mexico has accomplished all this without being an American citizen.

“I first thought about coming to the U.S. after a couple of friends that I met from a mission trip invited me to come to St. Louis for the summer. That was when I became interested in studying abroad,” said Munoz.

As a student, Munoz found MBU to be a positive transition from Mexico into America.

“It was great, I got to meet awesome people. Staff and faculty truly showed an interest in more than academics. Understanding that the success of a student goes beyond academics,” said Munoz.

In August of 2014 Munoz began working at the on-campus coffee shop, thePerk.

“I started working at thePerk as a barista. I always set my mind to learn as much as possible from any job I have. So as a barista I started to ask questions about our system, learn how the process of purchases and sales worked in our establishment,” said Munoz.

Munoz’s  barista job soon led him to assistant manager in the summer of 2016.

While working and taking classes Munoz was also kindling a friendship he had made while in Munoz’s hometown, Comitan, Chiapas, Mexico.

“I met Molly Goodberlet when she went on a missions trip to my hometown,”  said Munoz. “I knew I wanted to marry that girl I met on the mission trip, and it made me realize I wanted the United States to be my permanent home.”

After three years of dating the two decided to marry in Munoz’s junior year.

While balancing these responsibilities Munoz was also nearing the end of his education visa that allowed him to remain in the U.S.

In 2017, during Munoz’s senior year, he began working toward a more permanent residential status.

“It was hard, man. It took way longer than I expected for it to be. It was stressful not just for the amount of paperwork we had to fill out, but the idea that if anything went wrong it could impact our plans or the life we have had since we got married,” said Munoz.

Being in the U.S. on an education visa restricted Munoz to only being allowed to work on MBU’s campus.

When the opportunity arrived for a full-time position at thePerk Munoz made the move.

“When the position became open, I applied and believe that what I had been learning as assistant manager made me as a clear candidate for the job,” said Munoz.

After graduating with degrees in marketing, business administration and a minor in communication studies, Munoz was still waiting for his green card approval, which forced him to apply for his OPT, or Optional Practical Training.

This allowed him to continue working while he waited for his green card status.

In January, Munoz was officially granted a green card, allowing him to work in the U.S. and continue into his position of thePerk manager.

“When I came to the United States, I had the idea that people were cold hearted. I didn’t expect the people to be so warm and embracing, which is what I experienced at MBU,” Munoz said.