Pay a visit to Piccione Pastry

Written by Donovan Correll on September 22, 2014. Posted in Arts & Entertainment

On the corner of North Skinker and Delmar Boulevard lies one of The Loop’s most delicious gems, known as Piccione Pastry. If you have a sweet tooth or desire for late-night coffee, you need to check this place out. 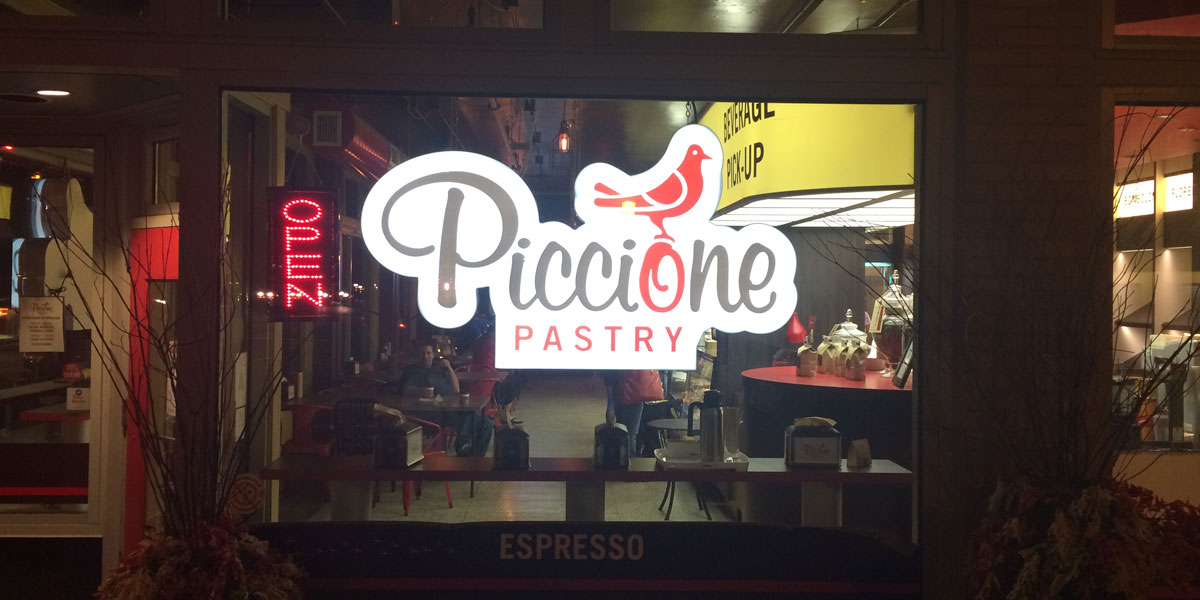 I stumbled upon Piccione Pastry one day with my current girlfriend as we were strolling down Delmar Boulevard.

The bakery describes itself as “a late night pastry shop which embraces the time-honored traditions in Italian baking.”

Although they are labeled as a bakery, Piccione also offers gelato and coffee as well.

The service is exemplary and the environment is modeled with a retro chic feel.

The interior is flushed with a rich red, chocolatey brown and colorful khaki.

Pictures of the Piccione family are placed on the walls showing the pastry shop’s pedigree through the decades.

Piccione has many types of pastries ranging from gratifying giugiuleni to pleasant pasticiotti.

My favorite pastry, though, has to be the cannolis.

During every Tuesday of the summer from 7-9 p.m. Piccione offers half-priced cannolis, putting the price of each cannoli at around $1.75 a piece after tax.

The deal has become so popular that they are considering extending it through October and beyond.

There is a range of many different flavors to choose from, many which are not traditional.

On the weekends they offer what is called a “Crazy Cannoli,” with flavors like Dreamsicle, Blueberry Cobbler, Key Lime pie or PB&J.

As odd as the flavors may be for a cannoli each is delicious in its own right.

If you have not had the pleasure to visit Piccione Pastry I suggest that you do so soon. You can also find them on Facebook.