From Cancun to Carolina, new adventures to new puppies, relaxation to reunions, or beaches to business as usual, MBU students talk about how they spent their Spring Break. 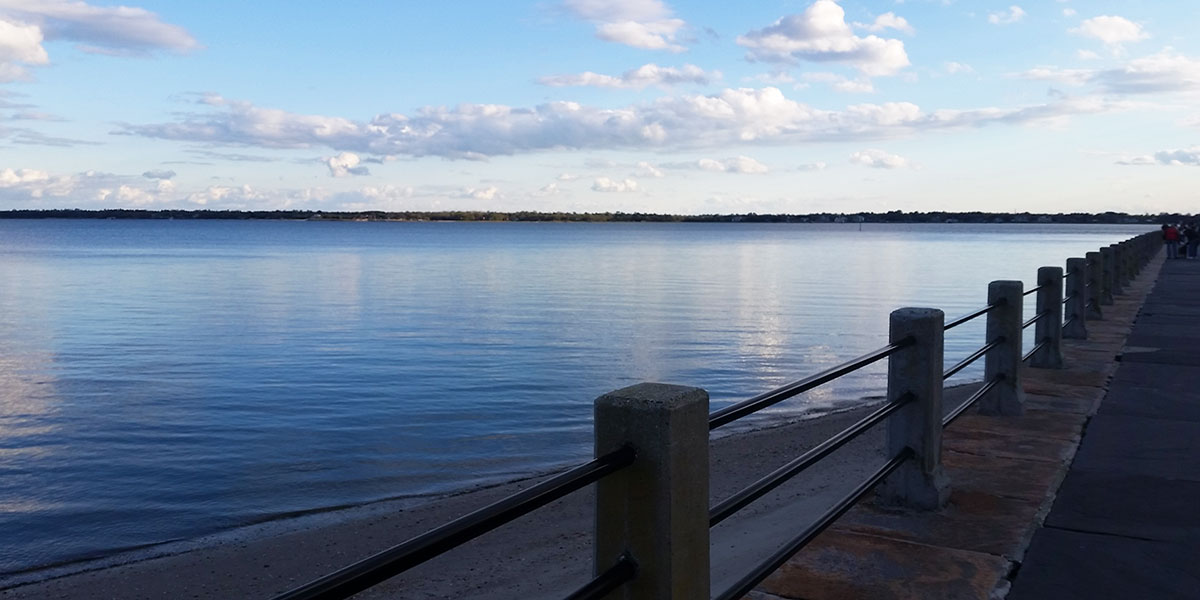 So how exactly did MBU students spend their Spring Break?

But hockey wasn’t the only thing Hach spent his Spring Break doing.

Even though Hach was busy, playing hockey and delivering pizza, most of Spring Break, “when I had free time I tried to relax by playing Xbox with my friends.”

“During Spring Break I went to South Carolina with my girlfriend. I was excited to make the trip because my aunt and uncle live there, and I never get to see them or my baby cousin,” said Trent Oakes, accounting major from Mt. Angel, Oregon.

“We decided to leave right after school on Friday and drive to Nashville, where my girlfriend’s aunt lives. I have never been to Nashville before so it was cool to experience the city,” Oakes said. “Saturday morning we left Nashville and headed to South Carolina. After staying with my aunt and uncle for a few days, my girlfriend and I went to Charleston. We got to go to the aquarium, take a ghost tour, visit a plantation, and even watch dolphins. … It was really nice to get out of St. Louis for a little while and take a break from school and work.”

For some Spring Break is a time for new beginnings, like Hannah Smith, information technology major from Branson, Missouri, who spent her Spring Break tending to a new puppy.

“My puppy is a boxer/French mastiff mix, he’s very energetic and wants to play all the time, which can get annoying sometimes,” said Smith.

Along with training her puppy Smith had to worry how the puppy would do on the road. As Smith prepared to head home to Branson she loaded the puppy along with her other dog into the car.

“My other dog is a chihuahua/dachshund mix. On the trip down, I had to shove them both in a small cage and they didn’t like that at all,” she said.

After finally arriving in Branson, Smith got to spend some quality time with her family.

“I spent a lot of time with my younger brother, who I’m very close with. I only get to see him when I go home, which is about every two months, so it was nice getting to spend time with him,” said Smith. “We rented movies and basically just sat around. One morning, we went to brunch at a fancy restaurant.”

While Smith had the opportunity to relax and spend time with family she also had the pleasure of watching her puppy play.

“My mom has my puppy’s sister, so they were tackling each other almost the entire time I was home.”

Having a break from school is nice, it allows students to have the free time they may not typically have.

“Since I live in the area, I spent my Spring Break at home. I didn’t do a lot but it was nice to be able to spend some time with some of my friends and family,” said Michael Klussman, public relations major from Manchester, Missouri.

Along with spending time with friends, Klussman had the opportunity to volunteer at his church.

“I spent one of my afternoons helping some of the individuals who work in the Children’s Ministry. Since the leader of that area is recovering from leg surgery, the rest of the Children’s Ministry staff was tasked with picking up the slack in addition to completing their own duties,” Klussman said. “There are three different Sunday school areas at my church, each of them requiring their own curriculum and materials. I spent most of the afternoon helping put together a stage set in the preschool Sunday school room and set up the audio and video for the elementary age Sunday school. It was a lot of work but I was glad I could help out.”

While some students like to stay home and relax during Spring Break, others want to venture far away.

“I went to Cancun, Mexico, for five days and four nights with another girl from school. We stayed at the Oasis Palm, all-inclusive resort, where we were about 20 minutes from the airport,” said Alexis Ferren, an undecided major from Overland, Missouri.

While St. Louis saw snow during Spring Break, Cancun was warm and sunny.

“It was great weather all week, and we got to venture out of the resort one night and see Mexico,” said Ferren. “The best part was getting out of the country for the first time and exploring what else is out there.”

Spring Break is a great chance to explore other parts of the world. For many college students Spring Break is a time to take the trip they have been dreaming of, and like Ferren that may require a passport.

Even though there may not be classes held during Spring Break there is still lots going on at MBU, such as the spring musical “Peter Pan.” For those involved in the musical, Spring Break was spent learning to fly. The cast and crew spent several hours training and perfecting the art of flying.

“It was such a wonderful experience to be part of creating that aspect of the magic for the show,” said Jenny Hampton, a business administration major from St. Peters, Missouri, who played Wendy in the show. “All you do is think lovely thoughts and up you go. It’s so true in life too, if we have a positive and open mind constantly encouraging ourselves and one another we can fly and ride on the wind’s back. I spent my Spring Break working on this show and I wouldn’t have wanted to do anything else.”

Spring Break means different things to different people. It could mean a trip to Cancun or South Carolina, it could mean spending time with friends and family, or it could mean testing gravity and learning to fly.

So whatever Spring Break means to you, we hope you had time to relax and enjoy a break from classes.