Written by Ryan Rerich on October 6, 2015. Posted in Sports

The Spartans swept the Lynx in three straight sets on Thursday, Oct. 1, to remain undefeated in the American Midwest Conference play. 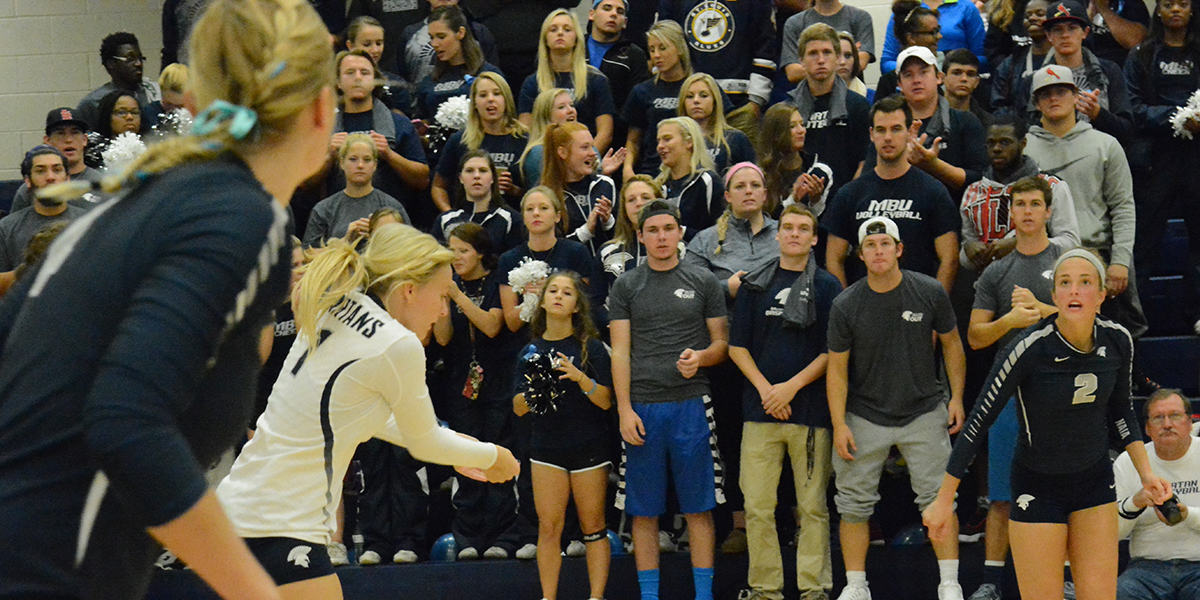 Haley Pouliezos, senior libero from Imperial, Mo., saves the Spartans from losing a point as the crowd looks on anxiously. 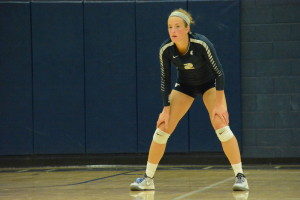 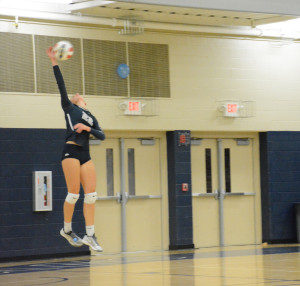 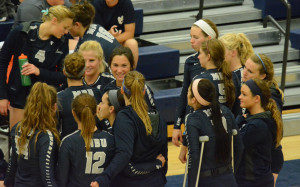 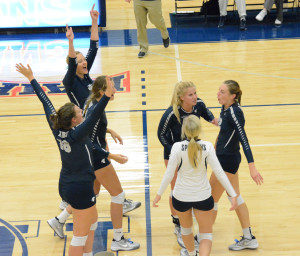 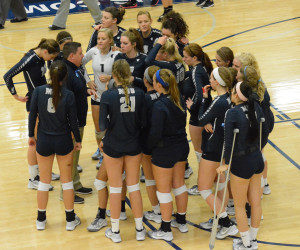 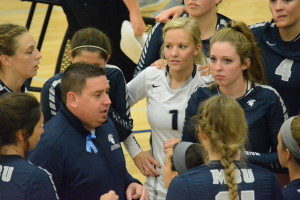 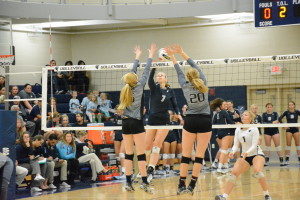 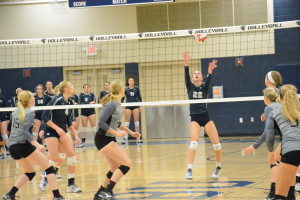 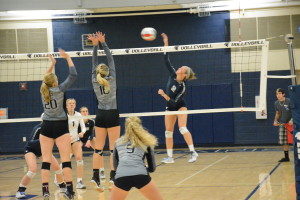 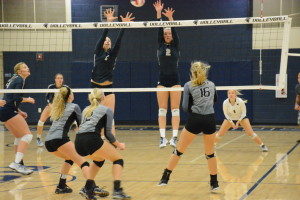 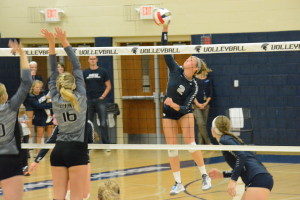 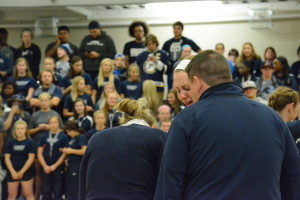 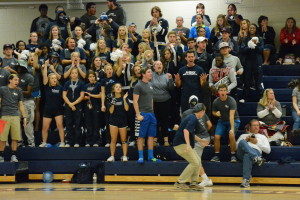 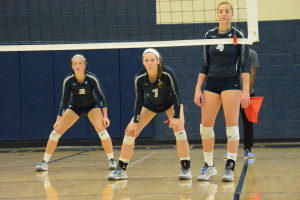 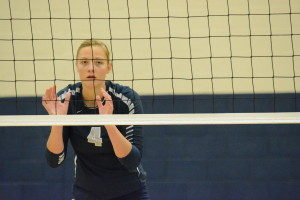