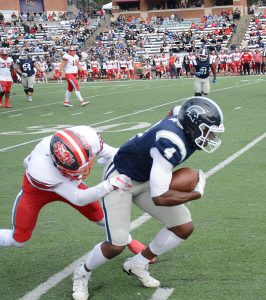 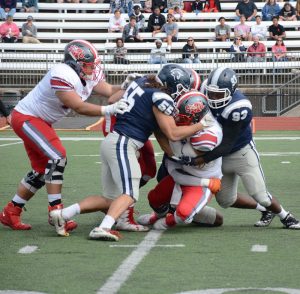 The Spartans’ defense records a sack. 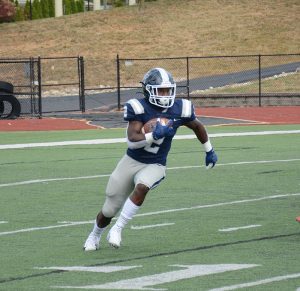 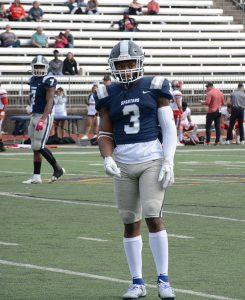 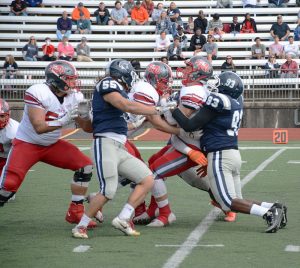 Jeremiah Austin and Jonathan Stine combine for a tackle. 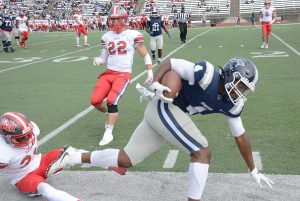 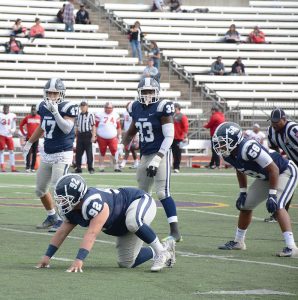 The Spartans’ defense getting set. 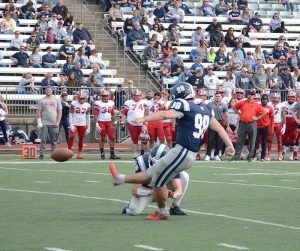 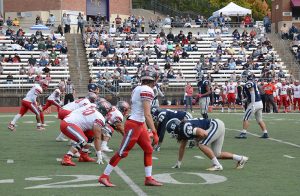 Both teams line up on the line of scrimmage. 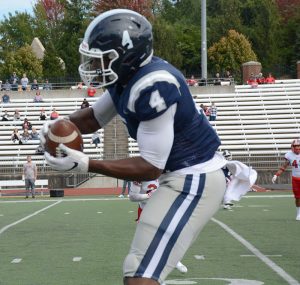 Darian Pollion jumps for a ball.