Written by Joshua Daugette on September 18, 2015. Posted in Sports

As the men’s and women’s cross country teams prepare for the second meet of the season, they reflect on the first meet to find new resolve and competition. 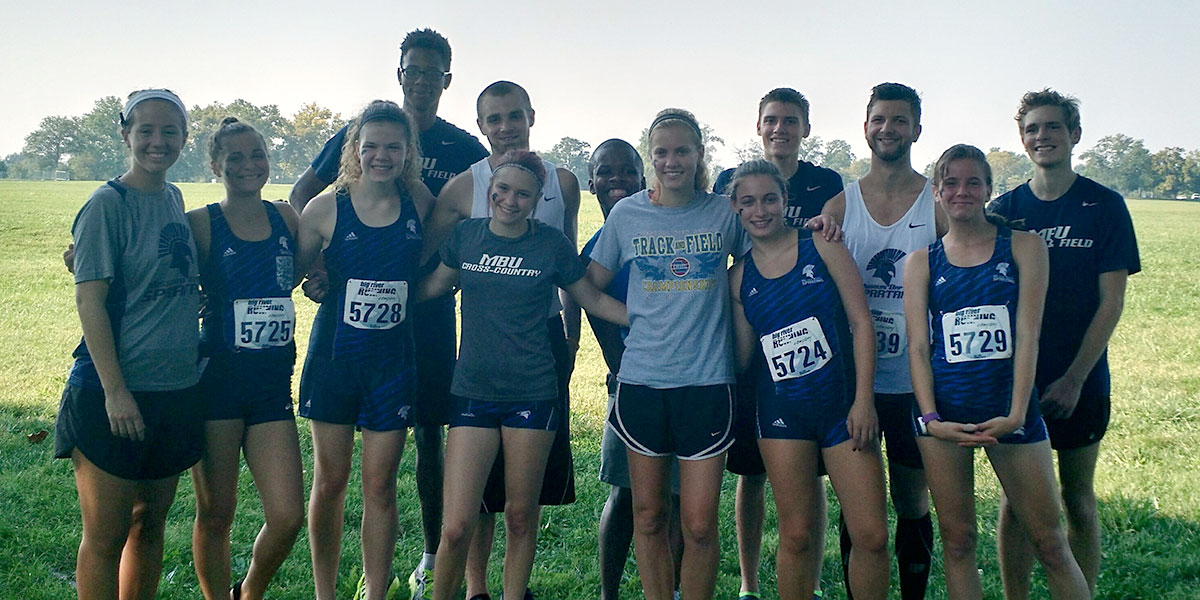 The Missouri Baptist University cross country team will be traveling to Six Flags on Saturday, Sept. 19, 2015, to compete in the Maryville Cross Country Meet.

This will be the second meet of the season for the Spartans, who competed Sept. 5 at the Washington University Earlybird Meet in Forest Park.

The first meet was tough with a temperature of 91 degrees at 8 a.m.; the heat, matched with the humidity made for difficult conditions.

“It was hot; it was so hot, I felt just dead,” said junior Jacob Pinkley.

The heat even had some of the coaching staff concerned.

“I was concerned beforehand because we had two weeks of cool weather then three days then the race. So, I think that affected times,” said Katie Cline, head coach for the women’s cross country team.

Though the conditions were adverse and Cline had been concerned about the times, she was still pleased with the outcome of the meet.

“Overall, for a first meet, I don’t think I could have asked for more,” Cline said.

While Cline was happy with the performances on the women’s side, Mark Sissom, head coach for the men’s cross country team, was hoping for a little more.

“I was a little disappointed because the guys put in a lot of work … more preseason work than past seasons, I really thought that was going to be a huge payoff,” Sissom said.

Still, Sissom understands that even with preparation, many factors play a part on race day.

“The downside is that it was extremely hot and humid … unfortunately on that day, which happened to be the hottest day of year, the guys didn’t perform like I thought [they] would.”

While some runners on the team shared Sissom’s disappointment in the results, sophomore Melanie Laurence found the positive side of the hard race.

“There’s not always gonna be fast races, we have to have the slow races to help us really want to push harder in the next one and really have something to strive after,” said Laurence.

In fact, many on the team are excited to race again this weekend.

“I’m excited to race again; I think the weather is going to be better and the training has been good, so, we should see some improvement,” said Colin Trower, junior on the team.

Juwan Lee, freshman on the men’s team this year, is also excited about Saturday.

“I feel a lot better, I’m going for a better time since last time wasn’t so good,” Lee said.

Even the coaches are feeling much more confident about the upcoming race.

“I anticipate a good race and good running,”  said Sissom.

With the race being larger than last year, Cline is also excited to see where the teams will stack up.

“The meet is a lot bigger than last year … I’m excited to see what happens,” said Cline.