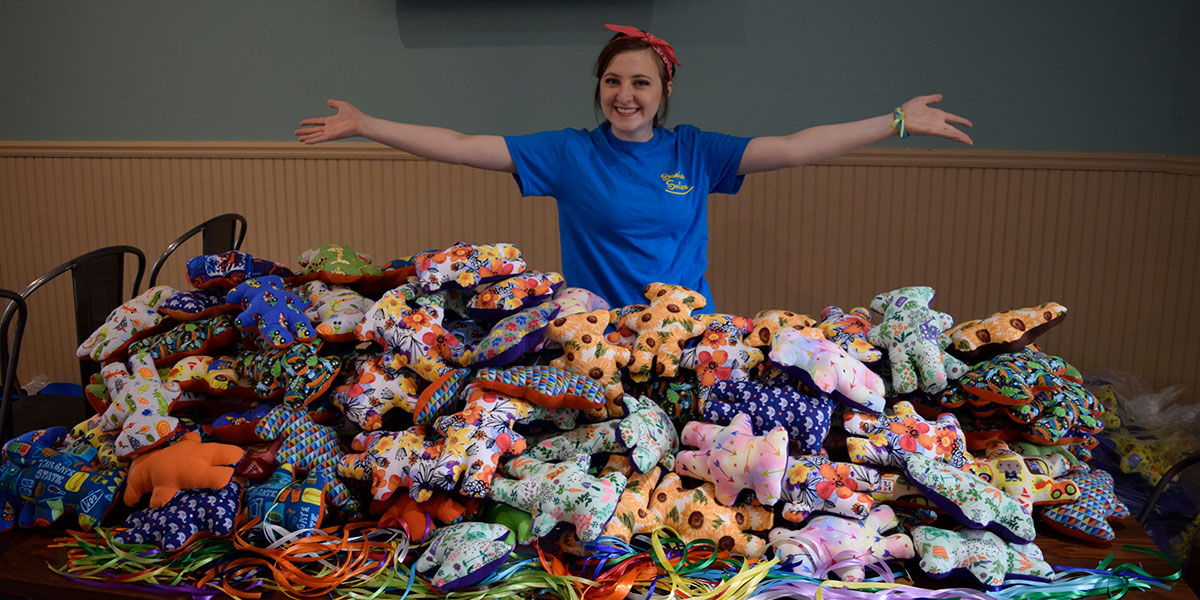 The first-ever fall service day in October brought students and faculty of Missouri Baptist University together as they overwhelmed the heart of campus through preparing meals and Teddy bears for those in need. The day of giving back to the community came in celebration of President Keith Ross’ inauguration, which occurred later that week on Friday, Oct. 19.

According to Campus Minister Aaron Lumpkin, plans for the service day began when Ross insisted a day be set aside to take the focus off him during his inauguration week and instead put focus on the school, students and community.

“This service day was the kick start in connection with the Inauguration, but we want to establish a regular service day each semester going forward where we’re taking intentional time on campus to give back to the community and invite the community to participate in different ways,” Lumpkin said.

In honor of Ross’ commitment as president, a tree dedication took place in the Quad at 11:15 a.m., symbolizing the president’s faithfulness and steadfastness to the Lord and the university he now leads.

Yard games, free food fresh off the grill, live music and flavored iced coffee served by the president and his family were also offered in the Quad from 11:30 a.m. to 1 p.m.

Under a tent in front of Muncy Gym, live music was played by MBU students and alumni 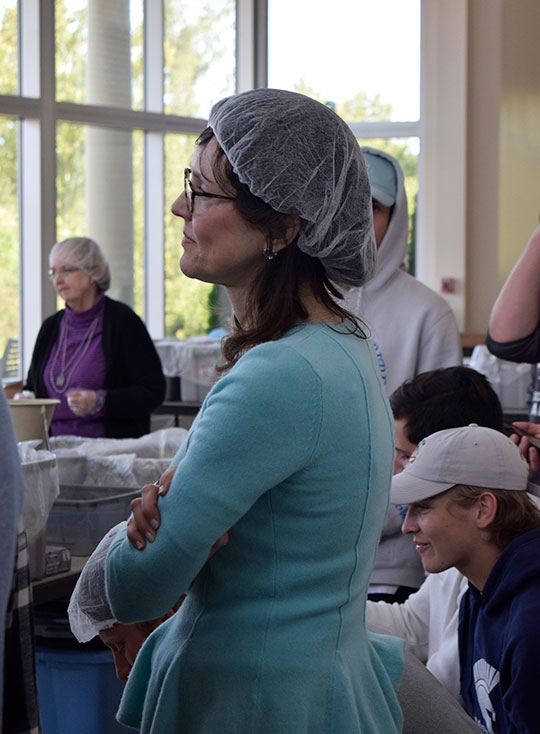 Dr. Karen Kannenberg, acting dean of the School of Business at MBU, was among the hundreds of volunteers who helped pack meals for needy families in Haiti.

Sharing Smiles, an organization founded and run by MBU student Lindsey Peters, was represented in the Perk, where participants tied ribbons around 1,000 stuffed bears, completing their preparation process before going to local children’s hospitals.

“I think it is important to help the community,” sophomore Yulissa Medrano, nursing major and participant in the service day, said in an interview with Holley Dinkins, an MBU Timeline Broadcast reporter. “Humanity should help each other every opportunity they have.”

The food packaging event commenced in the Carl & Deloris Petty Sports and Recreation Complex with Kids Against Hunger, a faith-based organization, where students and faculty packaged meals with rice, soy, dried vegetables and other nutritious foods, and provided over 10,000 meals to children in Haiti.

After packaging meals with her teammates, Macy Evans, a sophomore nursing major who plays on the softball team, said, “I thought it was a really cool opportunity to serve in something that was bigger than ourselves.”

So many on-campus sports teams, coaches, professors and students came to volunteer that both organizations ran out of things for them to do.

Next semester’s service day is still in the making, but Lumpkin said the event decided upon will benefit the startup of an on-campus “sharing shop,” which will provide students a place to receive clothing, food, toiletries and other necessities.