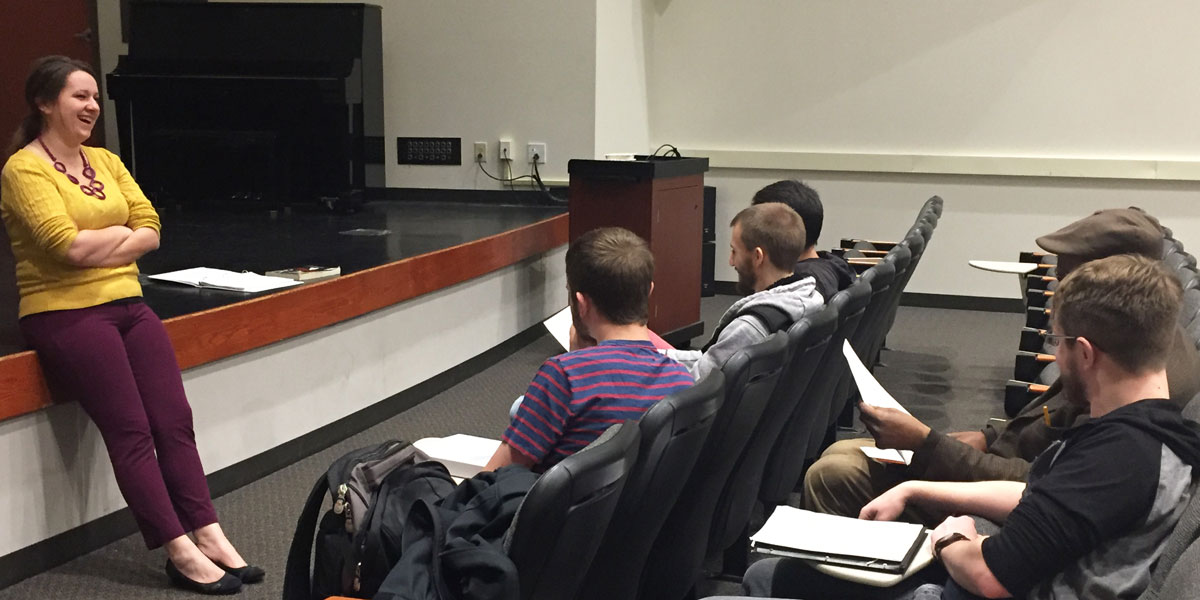 The only thing Kasey Cox ever imagined doing with her life was teaching.

After getting married in 2010, Cox moved to Cape Girardeau, Mo., where she developed her own theater group called “Acting Out,” where she wrote and directed many shows.

Shortly after, she was called upon by Dr. Joy Powell, director of theatre at MBU, to help direct the group, In Charactre in 2011 and this ultimately led her to pursue her master’s and start her teaching career at MBU.

“I specifically wanted to be at MBU. Working here is almost like a calling. There’s no place I’d rather be,” Cox explained.

Beginning as an adjunct instructor, Cox taught for three and a half years, becoming a full-time instructor this semester.

“It’s a bit easier when you are a female and get married before coming back. Since I had a different last name, a lot of people I was in school with did not know from my name that I was going to be teaching,” Cox said.

Cox explained how invited and supported she felt when becoming a full-time instructor. She felt that all of her colleagues, many of whom were her own professors during her undergraduate, were able to so seamlessly accept her as a peer and treat her with respect.

Taking on her new role as a full-time instructor, Cox teaches five classes, some in the Theatre Department and some in the Communications Department. As an instructor in two different departments she believes this gives her an edge and a higher awareness of both fields.

“Theatre at its most fundamental core is about communication,” Cox said. Believing the two areas of education are linked, she explained how she incorporates different theater games into her communication classes. This tactic is taught based on her observation that it helps students communicate more effectively and freely.

Cox aspires to revitalize the speech theater major, as well as start a forensics team on campus. She has a strong passion for MBU and is excited to be a permanent part of the Communications Department.

As an idea to live and teach by, Cox said, “We ought to be good at what we do at all times as a Christian university. Reflect Christ because he is excellent.”