Ross Gets Behind the Lens to “Tell People’s Stories”

Written by Josh Eaton on March 10, 2017. Posted in Arts & Entertainment

From St. Louis to Los Angeles, MBU senior Rickie Ross opens up about his incredible journey to the West Coast during his semester “abroad” studying cinematography at the LA Film Studies Center. 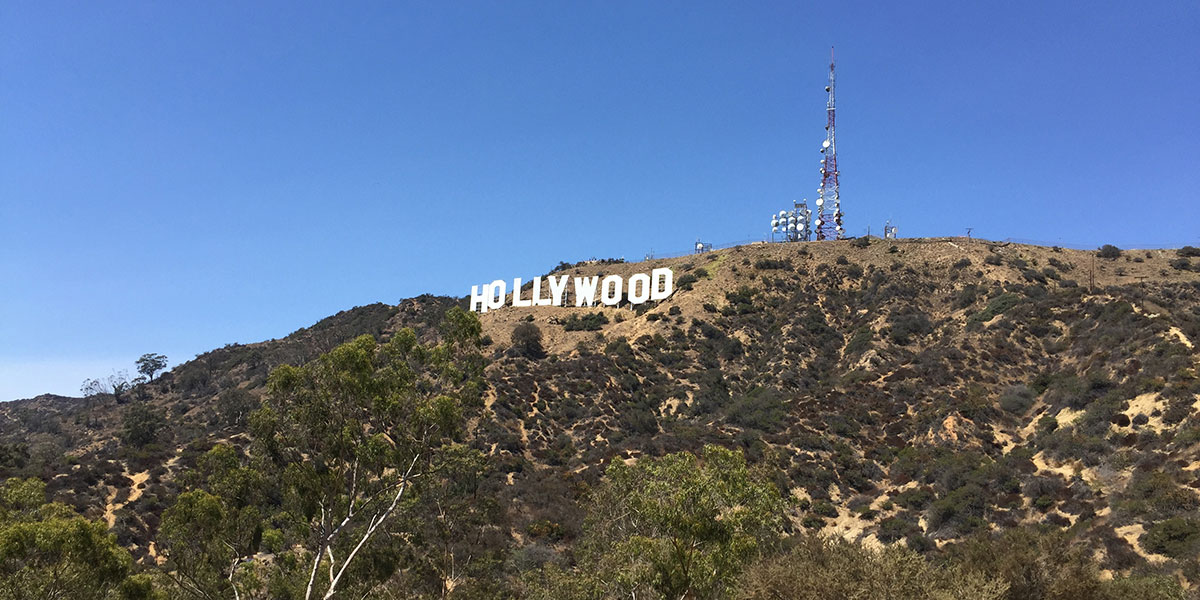 “Do what you love and do your passion. Whether we realize it or not, our purpose is to glorify Christ and if we can use our passion to do that then I think we’ve found what we’re meant to do in life.”

As we transition from adolescence into adulthood, we begin to discover who we are; interests transform into hobbies and hobbies into dreams, and whether or not we choose to act on those dreams can dramatically affect who we become. Rickie L. Ross chose to chase his dreams.

Ross, 22, a senior communications major at Missouri Baptist University, will be pursuing his passion in cinematography after his 2017 spring graduation date.

Through class projects as a middle-schooler, Ross stumbled upon the art of filmmaking.

“I always loved commercials and seeing how they were made and that has always interested me, so in middle school I always made stupid little videos with my friends. We would just come up with an idea and film it, and that just excited me so much,” said Ross.

His short film collection from middle school and high school played a huge part in choosing a college, as well as his desire to play college baseball, and Missouri Baptist University seemed to be the perfect fit for both.

“It was mainly for baseball, but they also had communications which I thought I would be interested in, but after I started in communications and took a video class, then I really realized I do love that and want to do that, so since then I’ve tried to focus on that,” said Ross.

During a chapel service in early 2016, a speaker was touching on the importance of MBU’s study abroad programs, and Ross, through the “Best Semester” study abroad help guide on MBU’s website, found the LA Film Studies Center, connected with the Council for Christian Colleges & Universities, and after some deliberation and prayer he began the application process.

“When I first heard about it I was, like, that would never happen. It was too expensive and wouldn’t fit in my schedule or anything, but then I just started to look into it more and plan it out more and pray about it, and like, it just worked,” Ross said. “It fit in my schedule and I got scholarships, so I applied. … Getting accepted was like the best feeling ever. I was going to be in Los Angeles making movies, what I love to do.”

What started as a middle school hobby quickly evolved into real world possibilities, as Ross journeyed to Los Angeles to study film with 36 other Christian students in the CCCU study abroad system from early August to late December 2016.

Once in LA, Ross ate, slept and breathed cinematography, but the transition from St. Louis to the City of Angels proved to be anything but easy.

“Transitioning from here to there, it’s very different, obviously, and it was exciting but it was also scary at first because I didn’t know what to expect.”

Ross missed his family, friends and girlfriend, all nearly 2,000 miles away, but overcame his homesickness and adopted the new lifestyle that LA offered.

“Everybody told me LA was this magical place but it’s really just a city and it’s dirty and there’s a lot of people and it’s chaotic and it’s busy,” Ross said. “And everyone is so focused on their career and their jobs and don’t care about anyone but themselves, and that’s kind of the overall feeling I got when I first got there, about the first month.”

Cinematography to LA is the music industry to Nashville; everyone travels there to make it, because that’s where the culture is and a group of people that love and fight for the same passions you do, Ross quickly discovered this upon his arrival.

“After that, though, when I got used to that and got used to the culture a little bit more I did love it and it did become magical for me, because you realize that almost everyone there is doing something in film, so if you want to make a film, whether it’s writing a script or being editor you can find people to collaborate with you,” said Ross.

As magical as LA was, culture shocks were inevitable for Ross, born and raised in the suburban Midwest.

“One (culture shock) was that everyone was liberal, which wasn’t really a shock, it was just different. … Also, it was harder to find a church that was theologically sound, because a lot of churches there water down the gospel a lot and it’s very sad, so that was kind of shocking,” Ross said. “And another culture shock, this might be the biggest one, was just realizing that Los Angeles, really if you don’t have a solid community of people, is a very lonely place, like there are thousands of people but everyone’s so focused on what they’re doing that it can be very lonely if you don’t surround yourself with people that you love and people that love you. … It’s harder to find that community.”

Thankfully, Ross was accompanied on his journey by a group of fellow believers through the Council for Christian Colleges & Universities, whose goal is “to help our institutions transform lives by faithfully relating scholarship and service to biblical truth.” Through this program, the students at LA Film Studies Center were able to grow and further understand the beauty and power of film together.

The group of 36 were challenged in the same three classes together: Faith and Artistic Development, Narrative Storytelling and Hollywood Production Workshop.

“The faith class was probably my favorite because of the teacher, he was amazing and it was really focused on film and faith and it really opened my eyes to how film can affect people and how you can use film to affect people both negatively and positively,” said Ross.

Throughout the semester, Ross’ passion for cinematography grew, as well as his understanding of the necessary protocol and application required in order to create a piece that adequately affects the viewers.

“My favorite part is just the camera work, like figuring out where the camera needs to be for a certain shot, or what lens to use, or what the lighting needs to look like and how all of that creates certain emotion and tells a story a certain way, I think that’s amazing,” Ross said. “That includes planning shots to get … and then seeing what’s in my head being filmed, that’s so satisfying, like hoping that someone else, when they watch it, will see what I saw in my head and will think the same thing I was thinking, that’s really the goal, and that’s really exciting to me.”

After four months out West, with a newfound knowledge and understanding of cinematography and experiences that’ll last a lifetime, Ross was ready to come home and use his new skill set  to shape the world for the better.

“Probably the biggest thing that I took away was that art, any kind of art is a gift, and I believe it’s from God and we have the ability to, and responsibility to, use art to change lives and shape the world and remind us of our humanity and tell people’s stories,” Ross said. “It was really cool that I started to get to do that, and that’s what I want to do for my whole life.”