Written by Spencer Randolph on March 24, 2016. Posted in News

The foundation of Christianity is Jesus and his resurrection. With such a prominent moment in history documented through the holiday Easter, how did the bunny come about? The symbol behind this creature and its origin is linked back to a pre-Christian era and makes more sense than it appears. 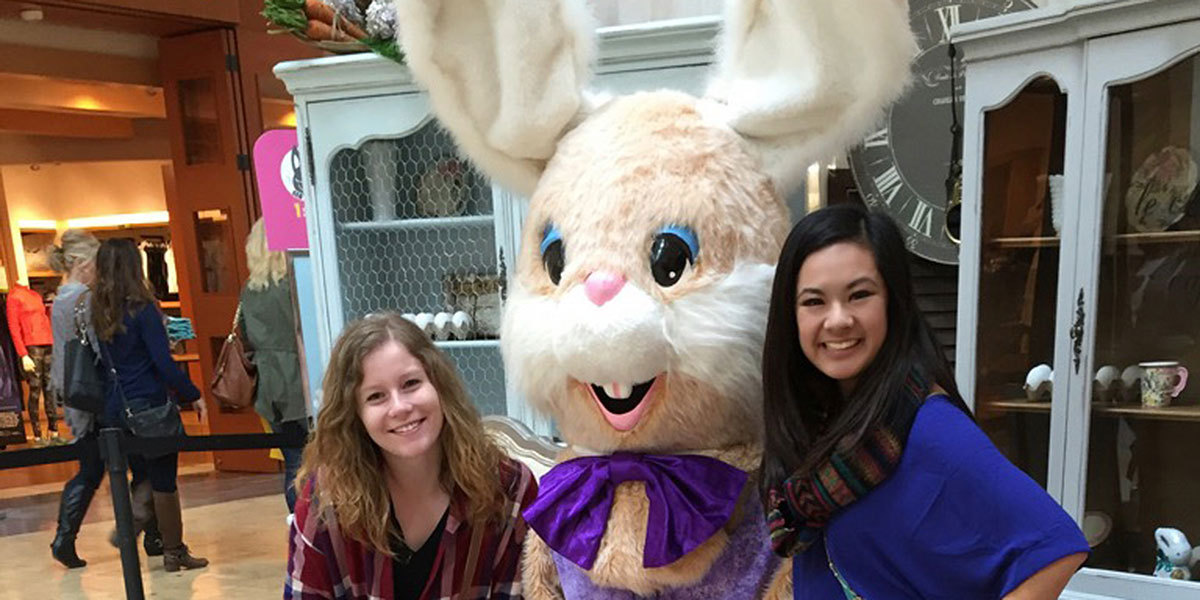 Jesus, his disciples and a bunny?

How did the holiday celebrating Jesus’ resurrection, Easter, become associated with a furry little animal?

Some students and faculty at Missouri Baptist University tried to figure out the theory behind this well-known Easter symbol.

“Easter uses the bunny so there is a holiday ritual families can make fun egg hunts out of,” junior Cherish Walton said.

Similarly, junior Emily Morton took a guess, “I thought it went back to something from Ancient Greece but I’m not too sure.”

One thing is sure, there is no real importance behind this symbol within Christian theology.

“The symbol of the bunny has absolutely nothing to do with the resurrection of Jesus and the significance of Easter. I have no idea how it got linked to our Christian beliefs,” campus pastor Jonathan White said.

Kasey Cox, communications and theatre assistant professor, expounded. “I believe it’s based off Pagan ritual where the bunny represented fertility, which is why it was used for Easter.”

There is discrepancy over the exact reason behind using the bunny as a symbol to represent Easter. According to History.com, “Rabbits are known to be prolific procreators, an ancient symbol of fertility and new life.”

Additionally, the Easter bunny was said to have arrived in the United States in the 1700s when Germans settled in Pennsylvania. They called this rabbit an “osterhase,” and believed it would lay colorful eggs if children made it a nice nest to rest in, according to www.history.com.

In a pre-Christian era the German settlers worshipped many gods. One of these gods was named Eostre, the god of fertility and reproduction. Her symbol was a rabbit because of its high reproductive rate, according to www.news.discovery.com.

Since the rabbit represented fertility and rebirth, the Germans adopted this as a symbol for Jesus’ resurrection after they began practicing Christianity, and thus Easter.

Some traditions that followed this adoption were the massive amounts of candies and chocolates put inside eggs the Easter bunny leaves, as well as egg hunts to find the treasure inside.

These traditions were not something brought on by any history-related subject but were just made up as the holiday became more sensationalized in America.

Second to Halloween, Easter is a holiday that sells more candy than any other holiday.

Since the origin of the Easter egg, the concept of the jelly bean came about as well, in the same egg-shaped form, according to www.history.com.

So while the Easter bunny is not related to Jesus and his resurrection, it does have a link to the practices of early Christians and the symbol of rebirth. This animal may leave candies and gifts all around the yard on Easter morning, but does in fact have an essential place in history.