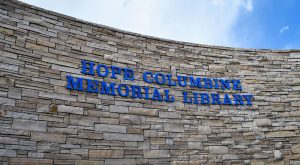 Hope Columbine Memorial Library was one of many renovations made before the school’s reopening in the fall of 1999. 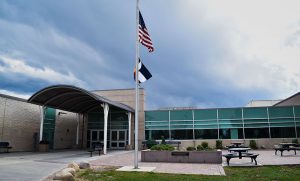 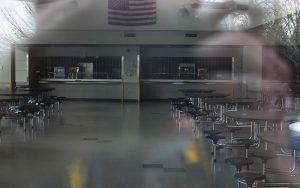 The morning of the Columbine massacre, students Dylan Klebold and Eric Harris placed two 20-pound propane bombs in duffel bags under cafeteria tables, both of which failed to detonate. 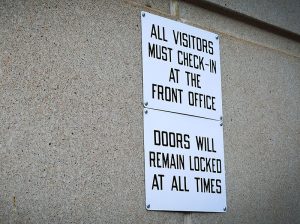 After the shooting, school security systems re-evaluated strategies and increased security measures. On April 20, 1999, the SWAT team waited 47 minutes after the shooting began before entering the building. Today, the police don’t wait, they enter and engage immediately. 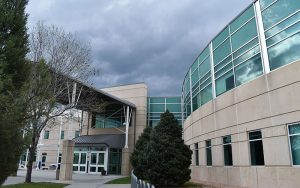 Path to the back entrance where Klebold and Harris walked down the hallway to the cafeteria. 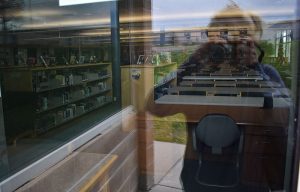 The school library, where 10 students were shot and killed. 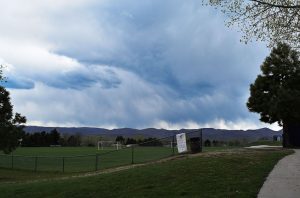 Many students fled through the soccer field, which is near the shooters’ initial point of attack, to an adjacent neighborhood. 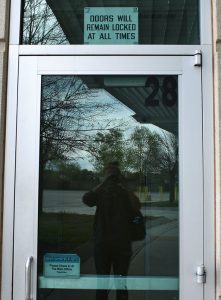 Side door on the school’s west side, near the cafeteria, stays locked. 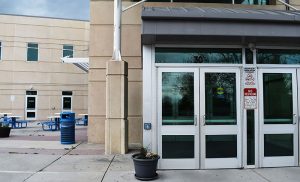 Back doors, which led to and from the cafeteria and an outdoor commons area where students were eating lunch at the start of the attack. 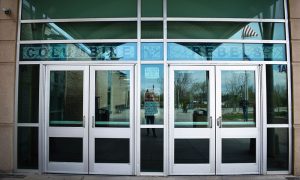 The school’s front entrance is under constant surveillance. Since Columbine, the number of schools with security cameras has increased drastically. 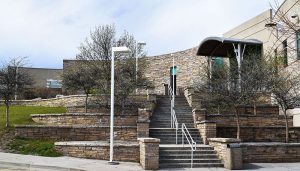 Klebold and Harris began their shooting spree at the top of the steps outside the upper west entrance, which is the highest point on campus. 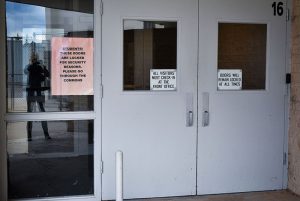 “Doors will remain locked at all times,” reads one of three signs posted on a back entrance to the building. All students and visitors must enter through the main doors. 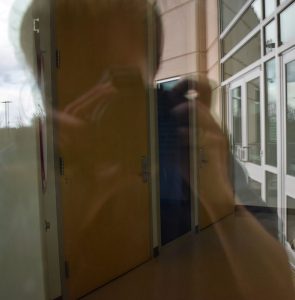 Doors to the library, where Klebold and Harris spent 7.5 minutes shooting students and then shot themselves. 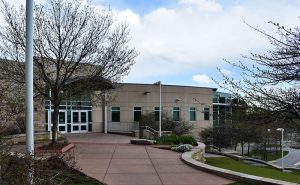 Outside of Hope Columbine Memorial Library. The complete reconstruction of the school’s library was led by HOPE, an organization formed by victims’ families. 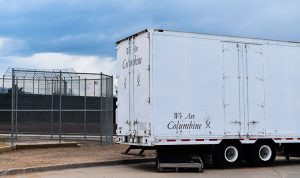 Next to the baseball field, “We are Columbine” reads on a parked trailer.

It was around 4 p.m., a Saturday, and silent with the exception of whirring wind and passing cars.

Frozen in time, and looming before me was the building where 2,000 students endured one of America’s worst nightmares.

The reality of the massacre, and the heaviness of lives lost in school shootings since April 20, 1999, truly hit me when I saw Columbine High School with my own eyes.

I stood on the same pavement where Dylan Klebold, 18, and Eric Harris, 17, approached their school carrying four deadly weapons; I walked along the field where students fled in desperation of safety.

Gazing through the cafeteria windows, I imagined kids crouched under tables, confused and terrified at the sudden sounds of gunfire and screams.

I imagined the shooters on the stairs, masked by their sunglasses and trench coats, overlooking the horror they ignited.

As I peered through the library glass, I imagined the normality of the room turning to terror, and those final moments for the 10 precious lives taken in ice cold blood.

Although I grieved for Columbine throughout the coordinating, writing and editing of MBU Timeline’s eight-part series, my heart couldn’t quite grasp the depth of what happened that day … until this moment.

Even with this new understanding, I couldn’t possibly begin to fathom the agony and betrayal those victims faced on that historically dreadful day.

Merely imagining these events knocked the wind from my lungs and sent chills through my bones, but if I were the kid ducked behind a bookshelf, ears ringing from rapid gunshots, the killers’ sadistic roars and my own pounding heart … well, that’s a pain I can’t quite envision, a pain I pray I never have to face.

I think we all have an idea of how we would react, or at least hope to react in this situation. Maybe we would wrestle the attacker to the ground or rescue our friends and escape through the window. Ultimately, however, I don’t think we know exactly how we’d respond when standing eye-to-eye with a gun barrel.

Columbine victims likely never expected to face death within the walls of a high school. Before April 1999, this particular kind of cruelty didn’t linger in students’ minds or appear in news headlines each morning. America was unacquainted with school massacres this heinous, and this fatal, until that day.

Today, school shootings don’t feel like distant disasters, but rather haunting reminders that these attacks know no boundaries. These ruthless crimes have spread across the nation and diminished any sense of safety we once felt in schools.

Everyone bore scars from that tragic day, but as I walked the school’s perimeter 20 years later, a sense of hope filled the air; even the bricks in the walls seemed to radiate vitality and strength.

I can’t express precisely how it felt, seeing this landmark in front of me, but I have the utmost respect for the students and staff who returned to Columbine just four months after the massacre.

While my heart aches now more than ever for the pain inflicted on Littleton, there’s somehow reassurance in the persistence of this Colorado community to continue on, and a reaffirmation that good still outweighs the bad in this country.

The school reopened after major renovation – including the complete reconstruction of Hope Columbine Memorial Library – on Aug. 16, 1999. Two thousand students arrived that morning, shielded from the media by parents and teachers who lined the sidewalk; Principal Frank DeAngelis began the day with a “Take Back the School” rally.

Though they suffered unimaginable pain, the Columbine family did not concede to evil. They fought for themselves, for each other and for their school.

School shootings are a real and present danger, and while our country suffers these wicked, increasingly common acts, we can also find inspiration in Columbine’s perseverance as they fought to restore all that was broken.

To survive, to persist, to rebuild …  These are not small victories, but significant milestones toward hope and healing for every person whose world has been shaken by darkness.

For those of us who have not been directly affected by such tragedy, perhaps the most we can do is seek to understand; to keep the victims in our hearts and recognize the strength it takes to move forward after something so horrific.

Walking back to my car, the temperature falling like the sun behind the mountains, I fought the chill of Colorado air and the memories of 20 years of mass shootings since that fateful spring day in 1999.

I watched Columbine High School fade into the fog through the rearview mirror, falling silent as echoes of the past followed me home, longing to be remembered.