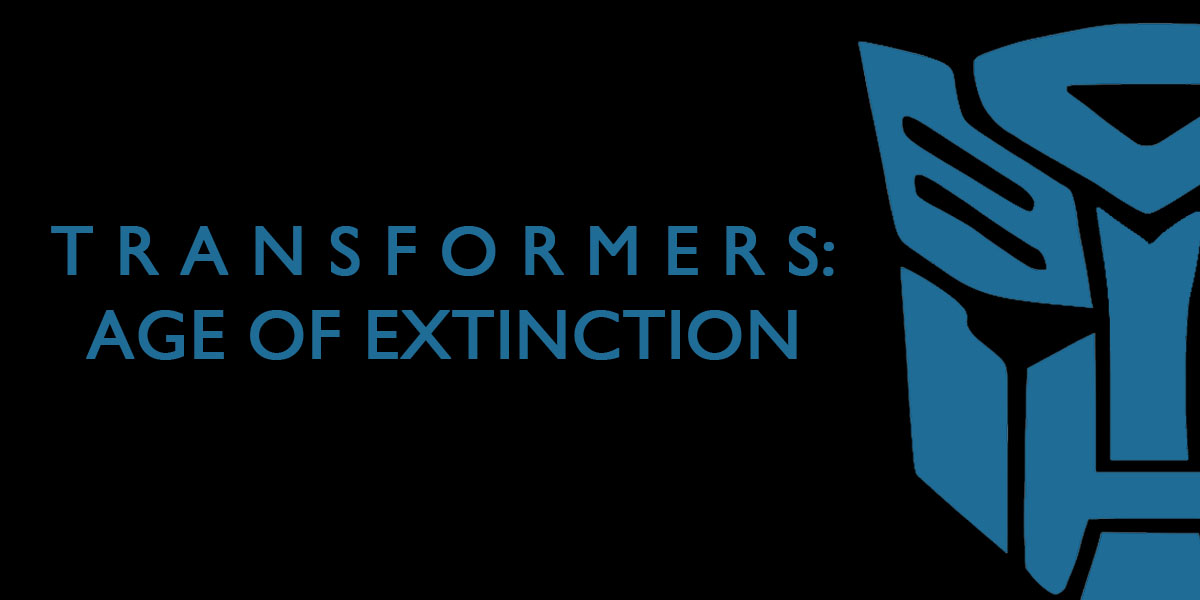 Some know him as the anti-Christ of the film industry, while others simply know him as Michael Bay.

With the last two disastrous “Transformers” films in his rear view mirror, Bay scraps the old cast to start over with a “fresh” new take on the series, or maybe a re-hash of old material?

In the end, Bay somehow ends up making the worst and most worthless “Transformers” film yet.

Now, before I continue any further let me assure you that I am not a Bay hater (strongly dislike sounds better) and I did enjoy the first “Transformers” (2007) film.

Bay is a talented director when it comes to special effects. His films are and have always been packed with tons of spectacular action scenes and top-notch special effects.

I have seen potential in him, but sadly as a whole his directing lacks in very keen areas for filmmaking.

The first “Transformers” film showed great potential for a series. Yes, it did have a rather silly plot but Bay had fun with this film.

The film was well-paced and the characters were likeable. Bay did not go overboard with his action and special effects like in his previous films.

This was all contained for the last battle scene, which was shot in a rather fine form. It made you eager for the sequel. That is, until 2009 rolled around.

“Transformers: Revenge of the Fallen” was not only a huge disappointment but also a disgrace of a film. Bay unfortunately went overboard with this film.

It was a noisy, under-plotted, piece of garbage with bloated action scenes. It also lacked any human emotion that came before it.

And if you had your fingers crossed for the third film to be any better … it wasn’t. It was just the same-old-same-old. Bay forgot to make a movie and instead he made a bunch of messy and explosive action scenes.

It’s been four years since the events of the third film that left Chicago devastated. But instead of the Autobots (good) fighting the Decepticons (bad) both are being hunted down by humans and are on the verge of extinction … hint the title.

The government is doing this to create their own race of Transformers to help them achieve global domination. I guess that is kind of cool with Transformers fighting clone Transformers.

But this is really just a cheap excuse for Bay to start the whole process over again and give us an entire new series of the same-old-same-old.  Please kill me now before I go any further.

So instead of another wacky adventure with Sam Witwicky (from Shia LaBeouf) we get Texas-born Cade Yeager (Mark Wahlberg).

Yeager is a robotic inventor who buys old trucks and coincidentally ends up buying a beat-up Optimus Prime. How? Good question, I am still trying to figure that one out.

As for the acting, there’s not much. Even Wahlberg, who just gave a powerful performance in last winter’s “Lone Survivor,” looks dull and out of place here.

The only actor worth mentioning in this film is Stanley Tucci. He plays Joshua Joyce, the head of Kinetic Sciences Institute (KSI), who has isolated a metal called “Transformium” that can mutate anything.

Tucci’s role starts out great as the baddie but toward the end he turns into a laughable goofball. But at least Tucci had fun with it, while everyone else looked dumbfounded.

There’s no Megan Fox and no Rosie Huntington-Whiteley for Bay’s camera-happy lens this time around, so we get a new Bay-girl added to the film, Nicola Peltz as Tessa, Yeager’s 17-year-old daughter.

Peltz is of course shown with over-long camera shots of her “hot” body just like Fox and Huntington-Whiteley were. Bay’s degradation toward women on the big screen is disgusting.

Alright, back to the film, basically from there the film turns into an exhaustive, self-absorbing, action-driven mess.

Bay’s camera work is messy, while the action scenes are tedious instead of spectacular, and when that two-and-a-half-hour mark comes around the crazy thing refuses to end.

Bay shows no mercy in this film … it was a 165 minutes too long.

Nothing in this film was memorable, nor was it enjoyable. Bay thinks that great special effects and blowing up stuff make a movie, but when there is no character development, a re-hash plot, terrible dialogue, wooden acting and bloated action scenes, how much better could it get? Really?

Yes, I know it’s a “Transformers” film so this is what I should expect, right? Wrong, this is probably one of the worst excuses I have heard in a long time.

There are plenty of action films that are both fun and smart. Films like, “The Dark Knight” trilogy, “The Avengers” series, “Mission Impossible: Ghost Protocol,” “Skyfall,” “The Bourne” trilogy, “Pacific Rim,” “X-Men: Days of Future Past,” “Die Hard,” “The Matrix,” “Fast Five,” “Terminator” 1 and 2 and the “Indiana Jones” trilogy.

I could keep going on but I’m sure you get the picture.

All of these films have incorporated action and thrills, while also being smart. The last three “Transformers” films has done none of this.

Burn me at the stake but I have about had it with these brain-dead action films. They’re not fun and they wear you down. My eyes burned every time I saw an over-the-top Bay explosion on the screen.

I know Bay should not take all the blame because scriptwriter Ehren Kruger (“Transformers” trilogy) is just as much to blame with his cheesy dialogue and thinly written scripts. The two of them together make one headache of a movie.

I wish Paramount would give another director and writer a chance at this series. I also hope that “Transformers” fans will finally realize they deserve much better for their beloved metal heroes.

If you like brain-dead films with great special effects then this is the film for you. If you are a bit more educated and want something more in a film then my advice is to stay far away from this series for now.

Maybe even re-watch the first “Transformers” film over-and-over again hoping for something more in the near future.

But for now we are stuck with Bay’s Transformers and in the end I wished those stupid metal heads would have stayed extinct.

“Transformers: Age of Extinction” receives one star out of five.