Written by Ben Randolph on February 25, 2018. Posted in News

Have you ever wondered if the student research projects your professors assign you really matter in the whole scheme of things? Well, they do matter, as MBU student researchers have learned each year since the first Student Research Symposium back in 2015. This year’s symposium will contribute to that body of understanding. 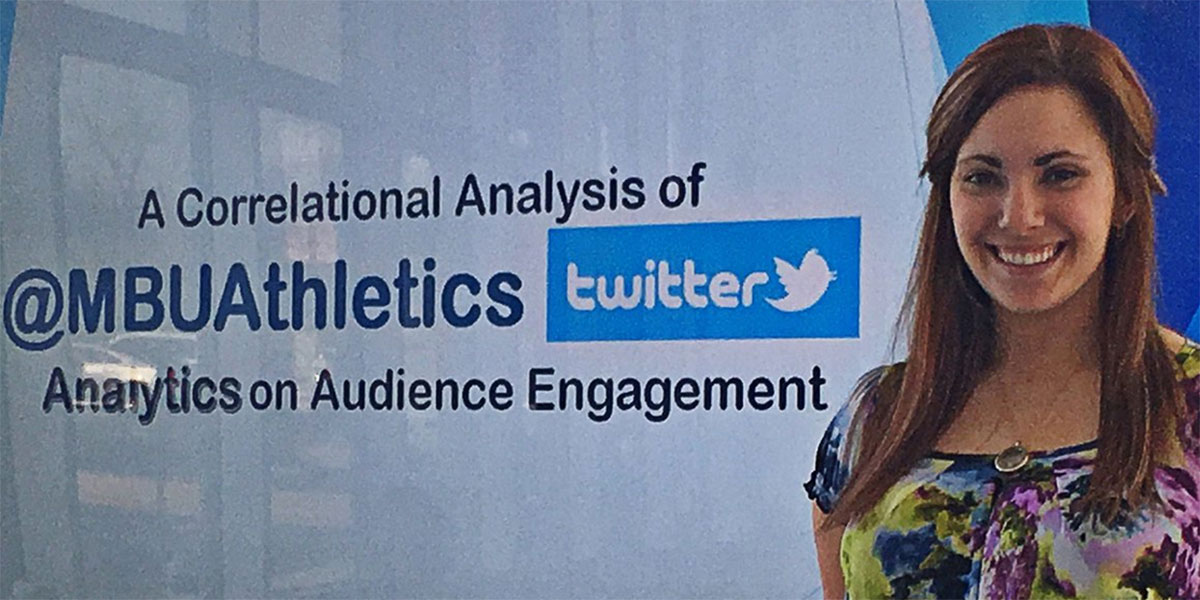 Nicole Walen, one of the top research performers at last year’s Research Symposium, stands in front of her correlation analysis project, which led to significant changes in how MBU athletics handles its social media accounts.