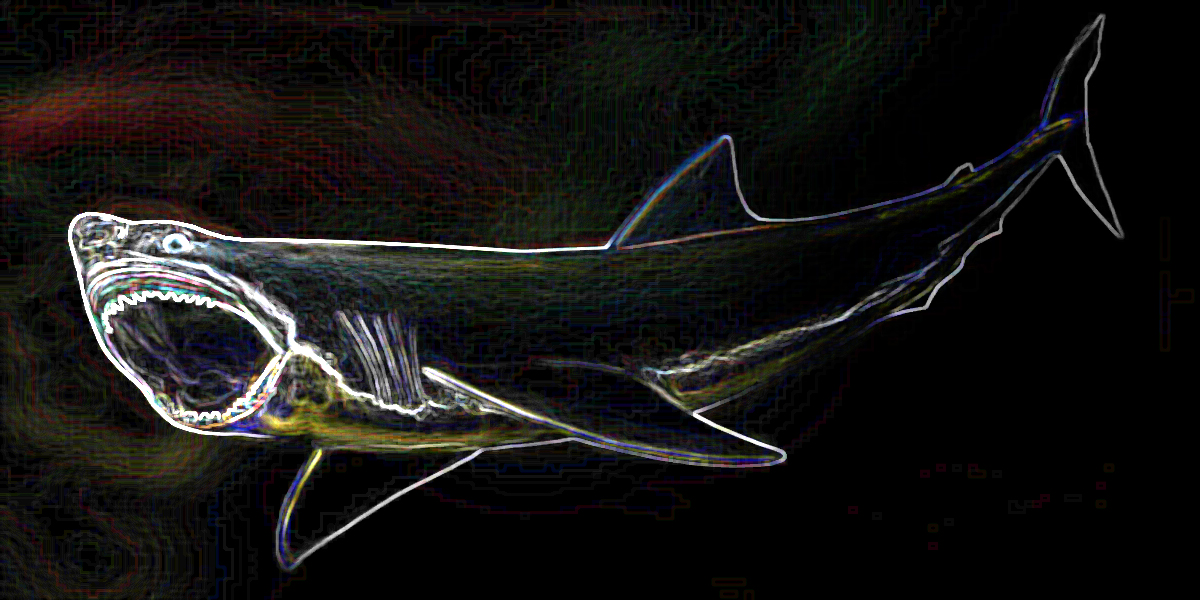 The Megalodon. A real, extinct shark that Warner Bros. decided to make a movie about.

It is proven that the megalodon lived around 2.6 million years ago, and this film tells a story of a group of scientists, in China, who discover where the megalodons have been all these years.

Fantasy/thriller with humor added makes for a light-hearted film with a funky sci-fi twist, along with well-known actors to make you love it even more.

Without giving any spoilers, the team sets out to rescue part of their team who is stranded six miles below the ocean’s surface, after encountering what they later discover to be the megalodon.

Jason Statham, (“The Transporter,” “Fast and Furious,” “Crank”) and Li Bingbing (“Seventeen Years,” “A World Without Thieves,” “The Message”) play the two main characters of Jonas Taylor, an expert deep sea diver who also plays the heroic character, and Suyin, a scientist and daughter of the family-owned company.

I would compare this movie to “Jaws,” with better special effects due to an increase in digital technology during the more than 40 years since the original shark movie was released in 1975. This film, directed by Steven Spielberg with Robert A. Mattey leading special effects, has the same “jumping out of your seat” reactions in the theater.

In chapel a few weeks ago, the speaker gave us the term “suspension of disbelief,” when a person sets their beliefs aside for a period of time and believes things they wouldn’t normally believe, for the sake of entertainment.

She gave the example of superhero movies, how we believe Spiderman can, in fact, shoot spider webs from his wrists and swing from skyscraper to skyscraper, though after watching the movie we know that humans cannot do this and Spiderman isn’t real.

Researching and looking for sharks is a life-threatening job, but the scientists in this movie do it for a living and are family-oriented when it comes to saving the lives of each other in dangerous situations.

I love movies, but I find it hard to understand how filmmakers make money on films that try to capture real-life events, while the audience knows for a fact that some things are not humanly possible.

Maybe my brain is hard to convince when it comes to suspension of disbelief, but like many other viewers, when watching a movie I try to imagine myself in their shoes and will think or say what I’d do in the situation.

For example, in the movie, there were multiple points where the characters should’ve died; they would not be able to survive some of the physical abuses that happened to them.

I know for a fact that falling into a large body of water or being pulled by a boat on a tube while your body continues to smack the water with a high amount of pressure is painful.

Characters in the movie were portrayed as “tough,” having only two scrapes on their whole body and a hole in their wetsuit, other than that, they were completely fine.

A particular scene sticks in my mind where Jonas Taylor (Statham) dives into the water and is attached to the boat by a rope cord to attempt to tag the megalodon.

After trying to remain unnoticed, the meg starts chasing Taylor, so the team aboard the ship begins to not only drive the boat at a high speed, but also reel him in.

The amount of force and impact with which Jonas hits the water would be impossible for a human to survive, but it’s a movie, and this is where suspension of disbelief comes into play.

I’m no movie critic, but effect-wise, the editing was outstanding. Everything was believably real (after I told myself to just enjoy it), and I definitely had a suspension of disbelief the entire time I was in the theater.

I was surprised to see Rainn Wilson, Dwight Schrute from “The Office,” and it was nice to see him on the big screen for a change. He added a lot of humor to the film, which I wasn’t expecting. His humor, and others, gave the film a break from the thrill-and-fantasy patterns.

A few adult-humor jokes were slipped in and that’s what sold the movie, I think. Adults are less likely to bring their children to the movies if they aren’t going to enjoy seeing the movie too.

I believe PG-13 was a good rating for the movie. The use of profanity was often cut off right before it was said, and in that way this would make a family-friendly film for parents with young teens.

I would not say the movie is scary (“Jaws” is definitely more terrifying), the screen is bright most of the time, the meg doesn’t come after or scare children.

A lot of the shots take place in the office/computer workspace of the scientists. It’s interesting to hear their thoughts on how and why the megalodon is appearing again after being extinct for so many years.

There weren’t any terrifying scenes, suspenseful music or “scary parts.”

The film keeps you on the edge of your seat and because of the almost silly behavior, leaves you often saying to yourself, “What stupid thing is going to happen next?”

It’s a crazy, stupid, humorous thriller and I think 12-year-old boys would think it is the coolest thing ever. Sharks are an interesting animal that we don’t hear much about in the news unless it is serious.

I found myself laughing because parts of the film were so unreal, “How is he still alive?”, but that makes a movie, a movie.

Though I didn’t want to see this movie at first, I would recommend it. It was fun to see and worth the money. I’m usually more of a humorous movie lover than a lover of thrillers, but this was both.

I’d best describe the movie as an up-to-date “Jaws,” with humor, less scary, and more educational due to the scientists, versus “Jaws” being a cinematic vacation.