Super Bowl Commercials: The Best and The Worst

No matter what happens during the Super Bowl each year, there is one thing we all have in common. We love and hate Super Bowl commercials. Today’s MBU Timeline staffers discuss the ads they love and hate … and love to hate. 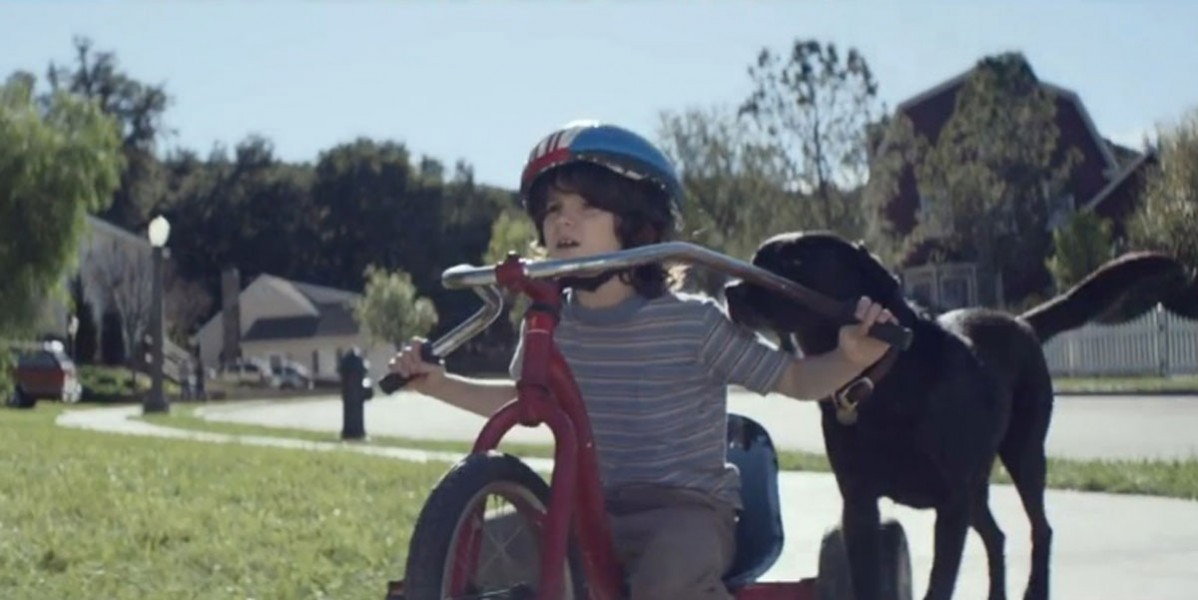 The Ads We Loved

If there are two things I love it is uncomfortable dancing and plotlines that make no sense. Thus, the Loctite Glue commercial was a favorite Super Bowl spot for this girl. There really seemed to be no rhyme or reason to the commercial, which is fitting because there’s no rhyme or reason to why I find it funny. Regardless, this one will get a smile from me for some time to come.

I liked the McDonald’s Super Bowl commercial “Pay With Lovin’.” The idea of spreading a little more love to people is a beautiful thing. The whole premise to the commercial was that McDonald’s would pay for a customer’s meal if they would show a little act of love to a friend or a family member. What a fantastic concept. McDonald’s may not have the most quality food, but they do support some great values.

I’m going to be really honest here, I’m not a super huge fan of the feminist movement. I fully believe that God has intended for men and women to be different from each other and that’s OK. … It’s actually a beautiful part of how He created the world. The Always “Like a Girl” ad that aired during the Super Bowl brought up the issue of “like a girl” having a bad connotation. “Like a girl” has become a term that is used to mean “weak” or “less,” but Always is starting a movement to turn “like a girl” into something that is not negative. God created each and every one of us unique and with a purpose. Being “like a girl” is not something that is negative, but it is powerful and beautiful because God has created us with great intention.

One of my favorite commercials during Super Bowl XLIX was the Avocados From Mexico ad featuring the #firstdraftever. The announcers making their side comments was the best part. “Brazil selects the sloth. … ‘off the field issues.’” But what really made this my favorite was the polar bear wearing the sombrero with high hopes of being Mexico’s draft choice right before they announce Mexico chose the Avocado. I could watch this video over and over again and quote the commercial and it never gets old.

I am a huge fan of “Breaking Bad” so I thought that it was awesome how Walter White, the main character of “Breaking Bad,” was the pharmaceutical doctor at a normal store. White was behind the desk in his yellow uniform that he uses to make meth in the show and he says, “Here’s your drugs … I mean pharmaceuticals.” It cracked me up and I also thought it sent a decent message because prescription drugs are the same as drugs and a lot of people don’t even understand that drugs are drugs, pharmaceutical or not.

“What are the chances a guy will be working today,” I thought as I entered AMC Creve Coeur 12 Movie Theatres on Olive. None at all. All the gentlemen were, most likely, enjoying their hot wings, nachos, smoked mini-sausages and the game, of course. Along with the actual football, we cannot forget something that everyone enjoys: the advertisements. I may not have been there, but there were a few released before Super Bowl Sunday. And I loved the Budweiser Lost Dog commercial. Not for the beer, but for the message behind it: loyalty. As a PR major, we are always about selling the feeling rather than the actual product. The Clydesdale, the Budweiser logo, was protecting its dog as a new rendition of an older song, “I’m Gonna Be (500 Miles),” was being sung by Ryan O’Neal, singer from Sleeping at Last. Budweiser’s minute story had me more emotional than the hours put into movies like “Titanic,” or “The Notebook.”

The Ads We Didn’t Love

As Sunday was approaching, I was eager to see how St. Louisans affected by heroin would try to educate on the devastation it can cause even the most unsuspecting family. The final product left much to be desired. With an inappropriately catchy and showtune-like quality, I wanted to reach for the mute button but was paralyzed with shock. As a young woman who lost a childhood friend to the drug, a different approach would have been preferred.

I did not like the NCADA St. Louis commercial, “That’s How,” about drug awareness. They took a serious topic and made it into a lighthearted joke. It was a bit sickening I must say. When the commercial was over, I thought that NCADA was making a joke out people who were overdosing on drugs. Drug abuse is not a light topic, and the creators of this commercial were a bit sensitive, I think.

This year, it seemed to me, there was quite a number of commercials that aired on the side of depressing, rather than the usual funny commercials. Among these, the Nationwide “Make Safe Happen” ad. This ad features a young boy who is unable to catch cooties, or get married … “I’ll never grow up, because I died from an accident,” he says. Put down the chips. Stop laughing. The party has come to a halt … Crickets … I’m all for keeping our children safe, but it was a little bit too harsh of a point to make during what should be a fun time of celebration.

I have heard people say the commercial starring Kim Kardashian  is so bad that it’s good … I disagree. I get the angle T-Mobile was trying to take, and I definitely enjoy a sarcastic approach. But what I didn’t get was why T-Mobile thought Kim Kardashian would be the best person for what was supposed to be a funny role. Kim Kardashian is honestly what ruined this commercial for me.

I am so sick of these Kate Upton and the “Game of War” game commercials. They are everywhere. I hate it. They are literally in everything, on social media, on TV, on my games on my phone, on my apps and now on my Super Bowl. I just want them to go away. I swear the owners have to be in debt now with how much they have commercialized their game with Kate Upton in it. It is just terrible to see over and over again in everything.

I didn’t like GoDaddy’s commercial, but no one did. That’s why it was taken down within days before Super Bowl Sunday. I didn’t like how similar, but different, it was from Budweiser’s Lost Dog commercial. The puppy and the first few seconds looked identical, but the message was not at all. Once the puppy found its owner, she sent her pup off, thanks to GoDaddy. It just seemed a bit insensitive.