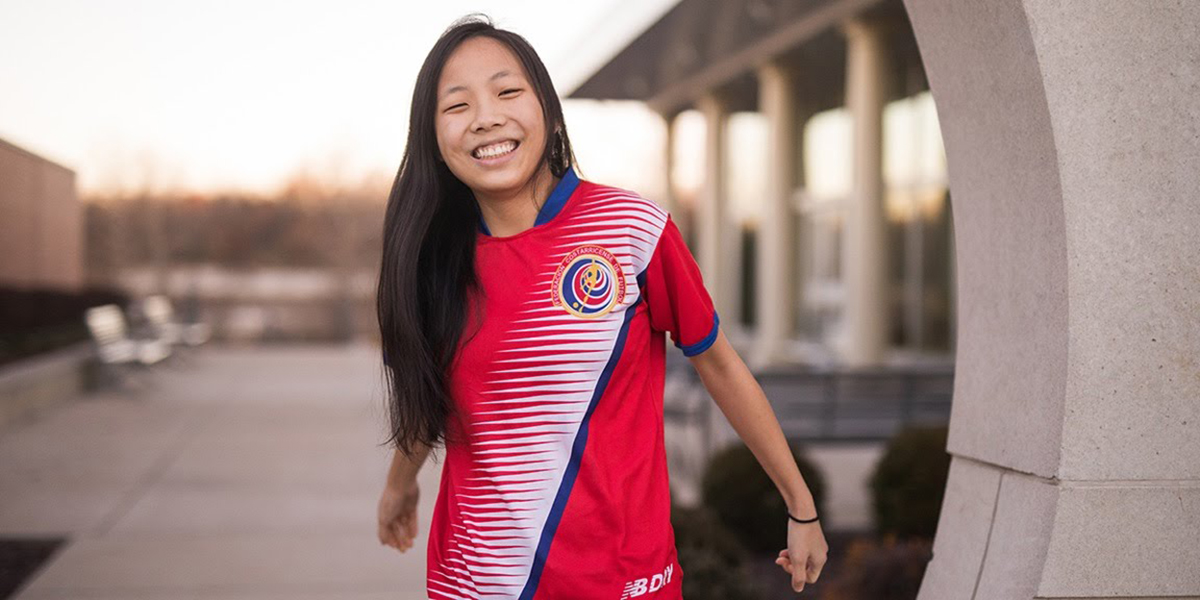 Sharp-minded and passionate yet one who might often slide under the culture’s radar, 18-year-old Libby Scanio sits at her kitchen table, sharing the rich scent of her Costa Rican coffee beans as she bubbles on about her third year visiting the country of Costa Rica.

As she finishes her final high school year at Heritage Classical Christian Academy, she will attend MBU fall 2018 as a Christian ministries major and will begin building funds for the following summer’s rising mission.

Located in Central America with the vast Pacific Ocean on its west border, Costa Rica, which in Spanish literally means “rich coast,” is home to around 4.9 million people, 75 percent of whom claim Roman Catholicism and 13 percent claiming Christianity.

“People have no idea that these countries are not just cool vacation spots. Kids grow up here just like anywhere else, forgotten about, and needing to hear and experience what the real love of Jesus is,” Scanio said.

Scanio felt a mental pull in 2014 upon hearing the announcement her home church in St. Louis would be taking a group of students to work with a local Costa Rican youth camp for 10 days.

Mission trips were nothing new to Scanio as for three years previous she had also traveled to a rural town in Mississippi for mission work, but she knew there was something different about it this time around.

“I knew that this decision would alter my view of the world and what I wanted my job to be. I felt like I was supposed to do something to help people, but I didn’t really know what that looked like,” Scanio explained. “When I got to the camp and just learned what these people’s mission was, I knew that’s like what I was meant to do. I wanted to work as hard as I could to do what I needed to do.”

Scanio’s heart for the Costa Rican culture and people is apparent from all the photos kept on her desktop of the children she met, friends she made and memories of the families with whom she stayed.

“The difference between the American culture and the culture down there was huge. People had such a small concept of time and schedules, living by the clock. Running overtime with an event or game session was just not as important as simply including everyone in everything.”

At the end of summer 2017’s visit, Rodney DaVila, owner of the camp, selected Scanio as their intern for summer 2019, allowing her time to finish high school and build her pipe dream of someday being able to call Costa Rica her missional home.

“My goal is to reach as many people as possible in the Spanish culture,” Scanio said.

Scanio will be finishing her senior year at Heritage Classical Christian Academy at the end of May, after which she will be starting her freshman year at MBU as a Christian ministries major as well as working to grow funds for the following summer’s rising journey to Costa Rica.