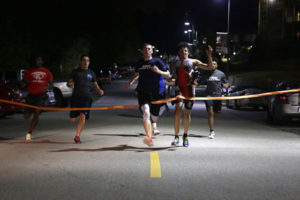 Matthew Bagby won first place in the speed portion of the annual Dink Dash, a race from Pillsbury Huff down Dink Marler to the SRC stairs. 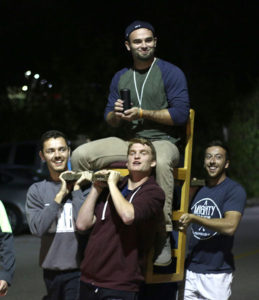 Stephen Crain sits on his chair as the resident assistants from Pillsbury Huff carry him down Dink Marler to win in the most creative portion of Dink Dash. 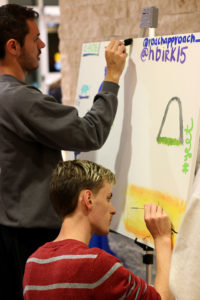 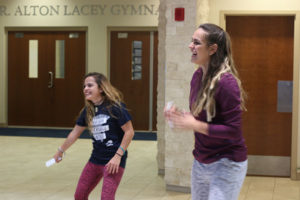 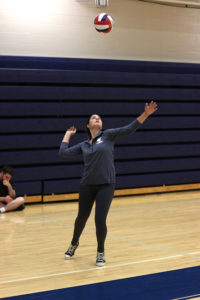 Krista Tyson serves during one of the volleyball games. 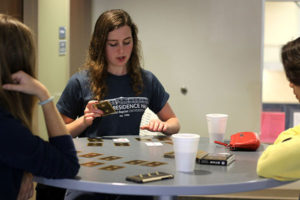 Grace Kessels plays a card game with other residents. 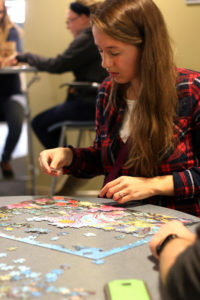 Allison Huskey joins others to complete a puzzle. 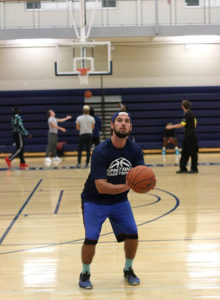 Ryan Durell takes a free throw while free shooting with other residents. 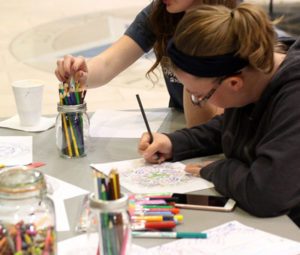 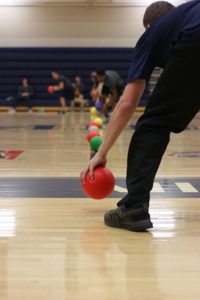 Residents grab dodgeballs to take back to their sides.