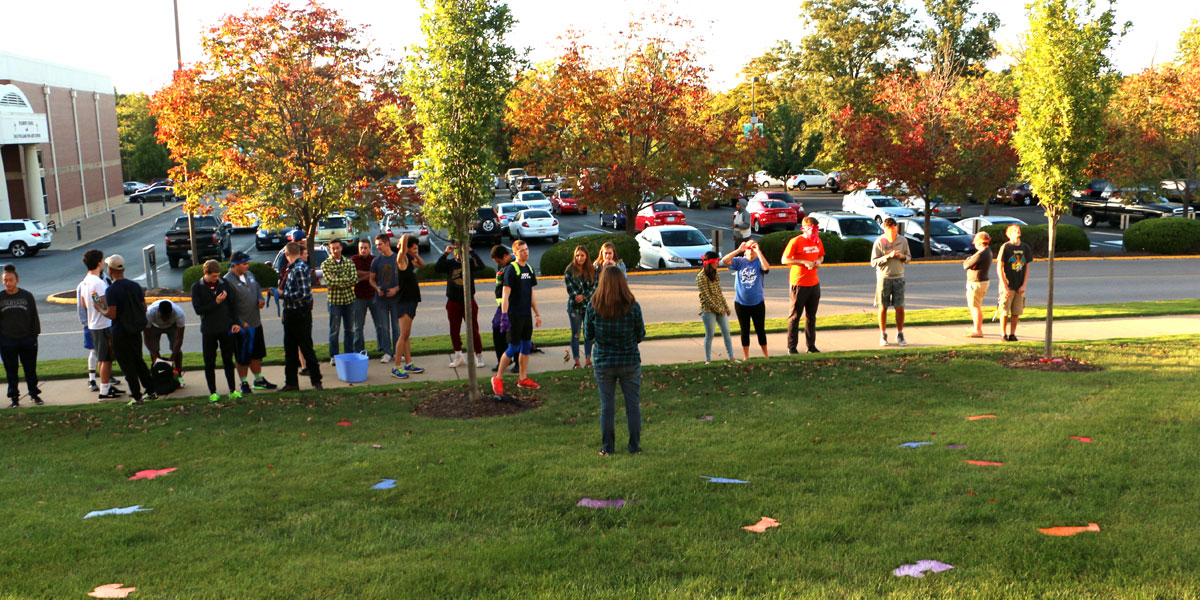 Every year ResLife kicks off the fall season with a variety of events at Fall Fest.

This year’s event, on Friday, Oct. 7, started off in the dining hall with a chili cook-off where residents could taste and judge eight different chilis.

Pumpkin carving and painting were among other events offered in the dining hall.

Residents competed in donut eating contests and the pumpkin puzzler relay outside the Administration Building.

Many residents earned prizes when they found gold coins among the haystack.

The evening concluded with a movie outside of Pillsbury Huff where residents could roast marshmallows and enjoy hot chocolate. 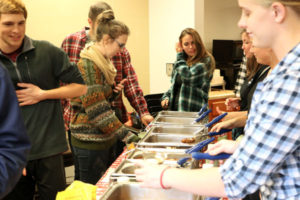 Residents test and judge a variety of chili recipes. 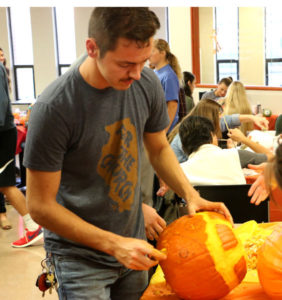 Clayce Fletcher works on carving a pumpkin into a Volkswagon bus for Pillsbury Huff Hall. 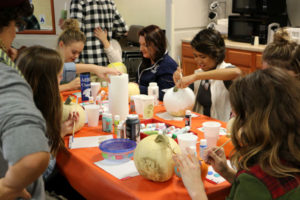 A group of residents paint pumpkins that they are allowed to keep. 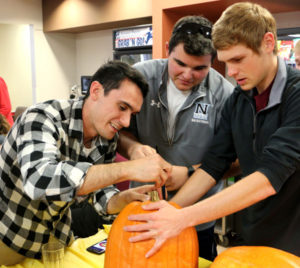 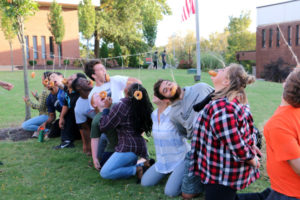 Residents compete in the donut eating contest outside of the Field Building. 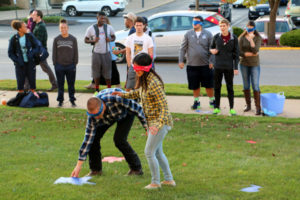 Zach Ogg and Sam Diaz, while blindfolded, look for colored puzzle pieces to return to their teams. 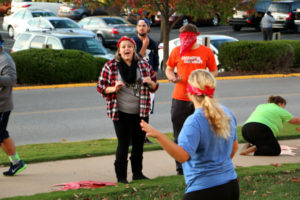 Ashleigh Poteete directs Amy Schnefke so she can find her team’s puzzle pieces. 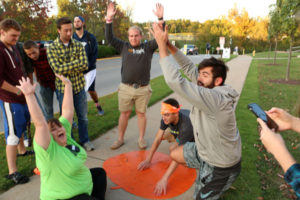 A team wins the Pumpkin Puzzler competition by fetching all orange pieces and assembling them together before any other team. 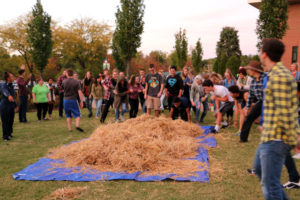 Residents prepare to find candy and coins so they can obtain prizes. 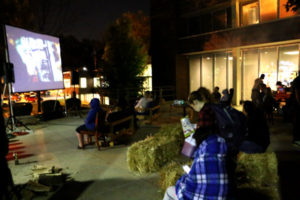 The night ends with a movie outside of Pillsbury Huff Dorm.