Media Talk Opens 2018 With One of Nation’s Top Communicators

Written by Shelby Wannemuehler on February 12, 2018. Posted in News

Media Talk is back at MBU, kicking off the new year with a heavy hitter in the corporate world, this time focusing on the health care industry. Don’t miss this opportunity to hear from a leader in the communications field, Bob Davidson. 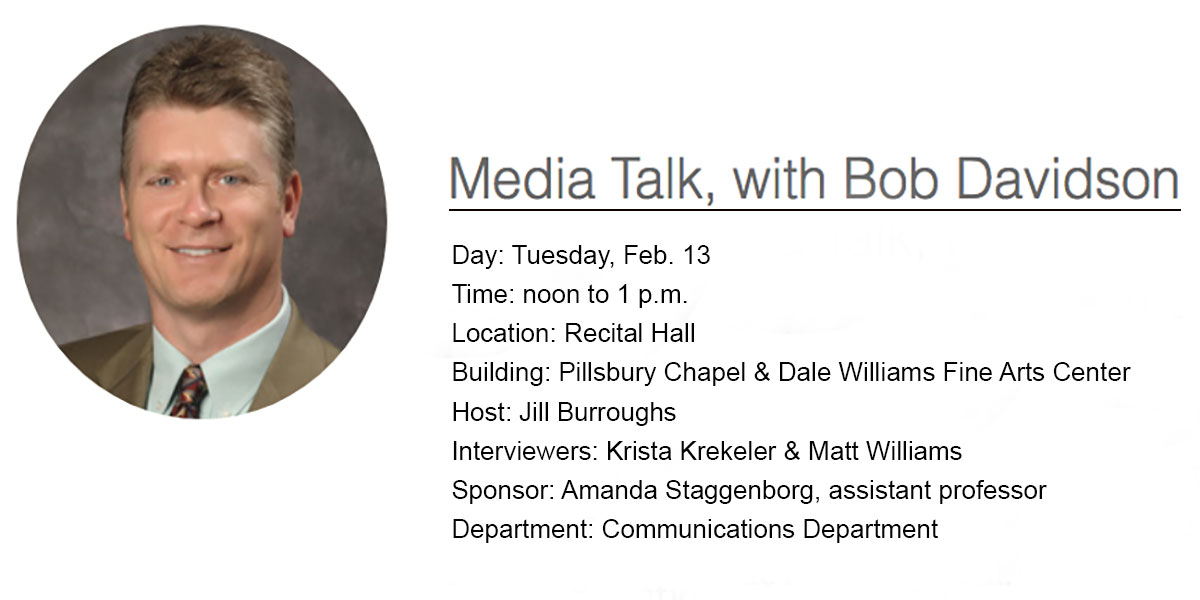 Soon after Davidson joined the 40,000-employee hospital group in 2011, a major rebranding campaign was underway to unify multiple healthcare providers under one name: Mercy.

Davidson, who is in charge of community relations at 22 Mercy hospitals across four states, is part of a leadership team that introduces data analytics and marketing science to what had previously been a more traditional marketing organization, according to an online press release from MBU Communications.

The information being shared at each Media Talk goes far beyond the classroom.

“The focus for the Media Talk is always to expose students, faculty and staff to the wide variety of opportunities in communications. The real-world aspect of teaching starts with exposing students to the real world,” said Amanda Staggenborg, assistant professor of communications and public relations. “Taking the message out of the classrooms and listening to the experts in specialized areas allow the students to view something tangible in their chosen majors.”