Written by MBU Timeline on January 30, 2015. Posted in Opinion

For many, Super Bowl Sunday is the biggest day of the year. For advertisers, it certainly is as this year’s average is $4.5 million per 30-second spot, an all-time record. The Super Bowl is set for 5:30 p.m. Sunday on NBC, but usually the game itself is only part of the celebration. Today’s blog by MBU Timeline writers answers this question: When you think about the Super Bowl, what stands out for you? Also today, our reporters head out across campus and ask other students their thoughts on the Big Game. 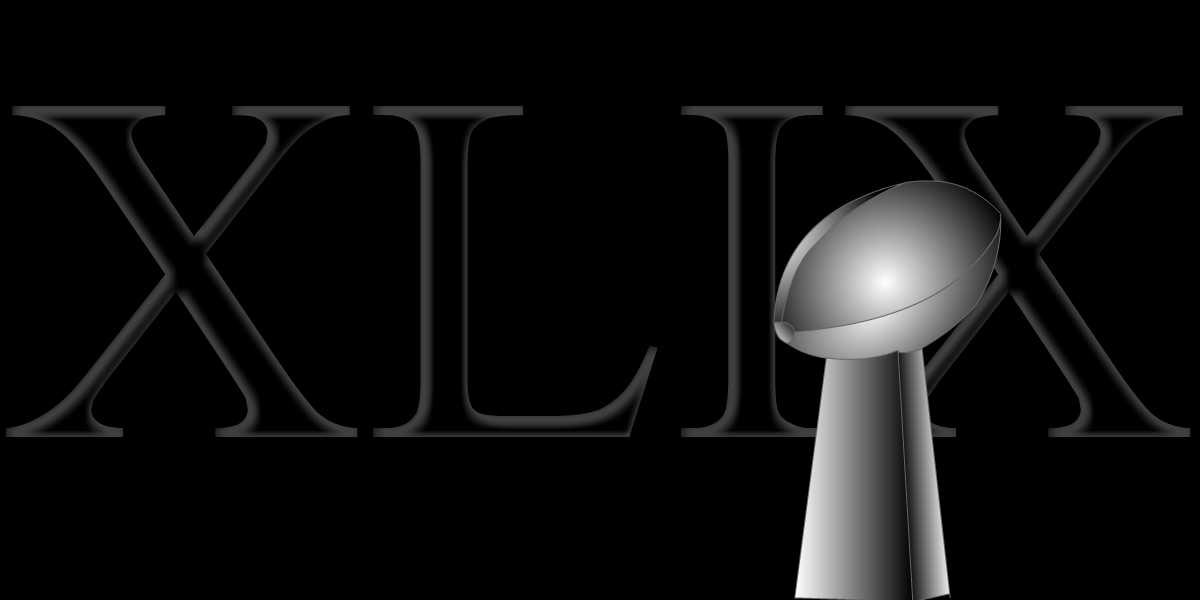 Our Thoughts on the Game

When I think of the Super Bowl, I think of my family getting together with our close friends to watch the game.

My parents have had a party at our house for the last five years for the Super Bowl and it has become something we look forward to every year.

The food is, of course, my favorite part of the whole evening.

When it comes to the Super Bowl, there is not a whole lot that stands out to me.

I’ve never been much of a Super Bowl person.

Having worked through the past two, the only memory I have regarding a Super Bowl would be the image of my mom cooking dinner while it played in the background.

It stands out as a time waster.

For me the Super Bowl is the glorious climax to a roller coaster season of emotions.

From the magnificent spread of wings, sliders, chips and soda to the white board filled from top to bottom with game score predictions, Super Bowl Sunday is a bittersweet event as it is a day we as a nation crown the champion as well as pull down the curtain to an incredible 2014 NFL season.

It is a day where history is made and where millions of Americans gather in one another’s homes to witness it unfold.

To say this is one of the biggest sporting events in the world is an understatement. To many, Super Bowl Sunday is the ultimate sporting event and one that has united millions of people around the world.

Super Bowl Sunday is an event that everyone can get into.

People do not have to be the biggest football fan to take part in the festivities.

With that in mind, what stands out to me when it comes to the Super Bowl is the Puppy Bowl.

To me, it is one of the greatest events to come out of the Super Bowl.

While I do enjoy joining in on the excitement of food, the game, halftime and commercials, I enjoy watching adorable dogs more.

What stands out for me when I think about the Super Bowl is the excitement of two of the best teams of the NFL going head to head for the championship.

The defending champion Seattle Seahawks have the opportunity to make history by winning back-to-back Super Bowls.

Another thing that stands out to me when I think of the Super Bowl are the new commercials of the year because they are very entertaining.

Even though I am not a huge fan of football, I am gaining more interest in it and am beginning to realize how big of a deal the Super Bowl is for many people.

For me, the Super Bowl is less about football and more about spending time with family and close friends.

The football game, the commercials and the food are all foundational to this day, but I personally enjoy the company and time spent together more than all of that.

By sitting together and rooting for the same cause (usually), it creates a bond and lasting memories for years to come.

At the end of the day it does not matter which team wins the Super Bowl (though many will disagree with me); the real winners are those who are able to take the hype of the evening and use it to become closer than ever with everyone around them.

For me the Super Bowl means hanging out with my dad and eating Chex Mix.

In the past, the Super Bowl was really just a day that my dad and brother watched the game more intensely while I found something else to occupy the time.

Truthfully, I would rather be anywhere but watching the game because football used to completely bore me.

I didn’t understand the game and it seemed like a single game would last for hours. However, in more recent years, I have come to enjoy the game.

I started watching more and asking my dad questions on the rules of the game. Slowly, I began to understand and found myself cheering on the Dallas Cowboys and yelling at bad calls by the refs right alongside my dad.

Unfortunately, our team hasn’t made it to the Super Bowl since I started watching the game more, but I do like a few other teams and will cheer on the one I like most of the two.

Honestly, the Super Bowl is not on my list of must-watch if the Cowboys aren’t playing, but I enjoy spending the time with my dad and having a good laugh at the Super Bowl commercials.

Most of the time I do not even know who is going to the Super Bowl.

This year, as it is rife with controversy, I only know about who is going due to all of the news and accusations being thrown around.

The Super Bowl is just like any other day of the year.

So what really stands out to me is the fallout that seems to follow from the games.

The scuttlebutt of which ads were the best, the excited tones of those whose team won, the crestfallen responses by those of the team that lost and the inevitable Fantasy Football references that fly around my Facebook friends.

Your Thoughts on the Game

Q- What are you looking forward to the most this Super Bowl weekend?

A- “I’m looking forward to hanging out with my friends and eating a ton of food this Super Bowl weekend.”

Q- Will you be watching the Super Bowl?

A- “I will not be watching the Super Bowl, I’m not a football fan. I will be sleeping instead.”

A- “My favorite commercial for the Super Bowl would have to be the Budweiser one, with the puppy. They’re just so sweet.”

Q- Are you excited about the Super Bowl Halftime Show?

A- “No. Not a chance. The guy last year, Bruno Mars, he kind of blew my socks away. I didn’t expect him to do awesome and it was incredible. So I don’t know if Katy Perry can even get close to that and not be completely inappropriate.”

Q- What is your fondest memory about the Super Bowl?

A- “When the Rams beat the Tennessee Titans in 2000, it was awesome and it came down to the last play, literally. It was the last time they won (the Super Bowl) and they’ll never win again.”

Q- Do you think the Patriots are cheaters?

A- “I think they are for what they did in the past, but the deflate-gate is over blown.”

Q- What is your favorite Super Bowl commercial?

A- “‘Mmmm, the Cheese Doritos one. That one was just hilarious. I did not see that one coming.”

Q- Which team are you pulling for?

A- “Seahawks all the way because Marshawn Lynch is the man. I’m from Portland. That’s the closest team to an NFL team we have.”

A- “I’m going to go with neither. I’m just watching it for the halftime show and the food.”

Q- What is the greatest thing you’ve ever eaten at a Super Bowl party?

A- “I might have to say buffalo chicken dip (or as I like to call it: crack dip) because it is so addicting.”

Q- What is your least favorite Super Bowl memory?

A- “My least favorite memory of a Super Bowl Sunday is when my dad had to be rushed to the hospital for having kidney stones while everyone else at the party stayed in my house and celebrated the Super Bowl win. We haven’t had a Super Bowl party since that night, luckily no more kidney stones.”

Q- What is your favorite Super Bowl commercial?

A- “My favorite Super Bowl commercial is the one of the little child who smacks the man because he doesn’t want him to touch his mama or his Doritos and it is absolutely adorable.”

Q- What is your fondest memory about Super Bowl Sunday?

A- “Eating great Buffalo wings that my mom makes with her secret recipe.”

Q- What are you looking forward to most about this weekend’s Super Bowl?

A- “Spending time with family, playing football outside in the back yard.”

Q- What team are you pulling for?

A- “I’m going for the Seahawks just because they are good and I just really hate the Patriots.”

Q- What is your fondest memory about Super Bowl Sunday?

A- “We had a tradition… with a couple families from our church. We just always had a big party and we ate a bunch of really good food; and that was always my favorite part, the food.”

Q- What is your worst Super Bowl memory ever?

Q- What is the greatest thing you’ve ever eaten at a Super Bowl party?

A- “Probably the greatest thing that I’ve ever eaten … my mom makes Buffalo chicken dip. I know how to make some homemade wings. They’re really good.”

Q- What are you most looking forward to about the Super Bowl this weekend?

A- “The food. The top three foods in stl for the Super Bowl are wings, pizza and sub sandwiches … I heard that on the radio yesterday.”

Q- What is your favorite Super Bowl food/tradition?

A- “I like to eat hot wings. We get them from Wingstop every year and go over to a family friend’s house.”

Q- Do you watch the Super Bowl every year?

A- “I do watch the Super Bowl. It’s just something to watch and I like sports. My family gets together with a lot of friends and a lot of food.”