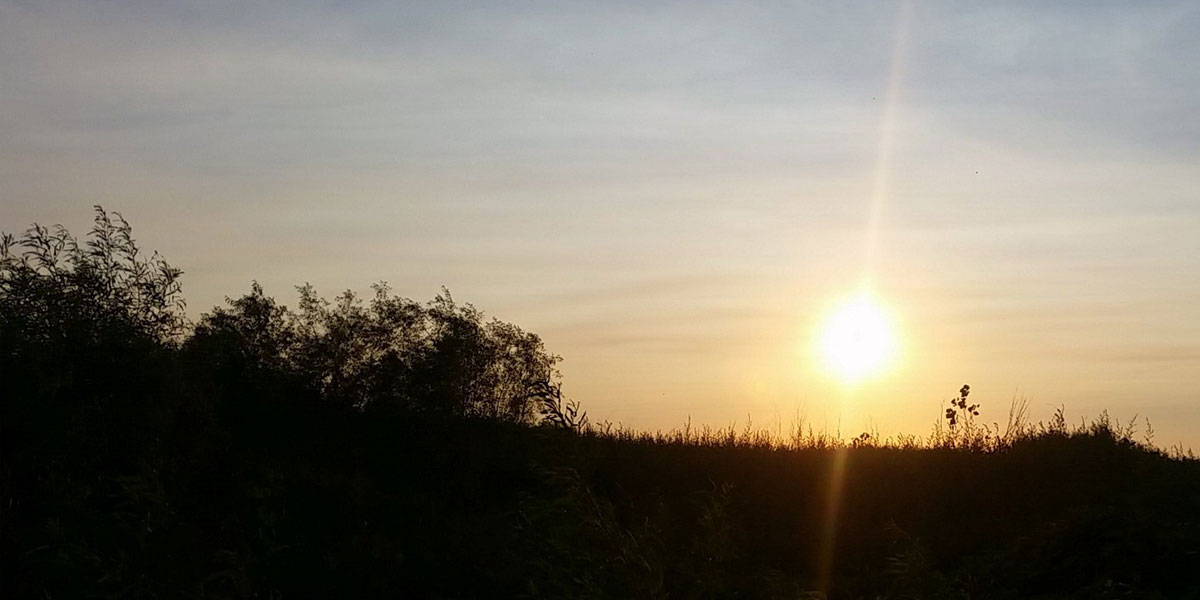 Coldwater Creek, a tributary of the Missouri River located in North St. Louis County, may seem like an ordinary body of water to the human eye, but those living near the creek know what dark secrets lie beneath its murky surface.

The creek that many people in North County grew up playing in is contaminated with radioactive waste. The question many people are asking today, many years after the contamination began, is: How did the waste get there?

According to www.coldwatercreekfacts.com, in 1942, when the first nuclear bombs were being made for the Manhattan Project, St. Louis played a large role in producing the uranium used in them.

West Lake Landfill in Bridgeton, Missouri, where most of the nuclear waste is located today, is facing one of two class action status lawsuits filed for the radon and other types of radiation found offsite.

Bridgeton Landfills LLC claims that none of the nuclear waste has made its way out of West Lake, yet attorney Ryan Keane has tested multiple locations near the landfill for radiation. The results, according to Keane: positive. Efforts to reach Keane for comment were unsuccessful.

“What we are seeing now is an environmental health disaster, slowly unfolding, as a result of poor management many decades ago,” Faisal Khan, of the St. Louis County Public Health Department, said in an email.

There were many nuclear processing locations throughout the St. Louis area during World War II, allowing for the waste to be handled improperly for over 50 years, according to www.stlradwastelegacy.com, a web page that focuses on the dangers of the radiation caused by the West Lake Landfill pollution.

Storage sites for the irradiated waste material near Coldwater Creek are the cause of the pollution in it today, according to Just Moms STL, the non-profit group who has advocated for the cleanup of this radiation for over 20 years now. This is because waste was left outside in piles on what is now Latty Avenue in Hazelwood, Missouri, the closest street to the creek.

When it rained, the radiation would flood into the water, as Coldwater Creek is part of the St. Louis flood plain, according to Environmental Archives.

Matt Boseman, 22, who has lived on Latty Avenue for nearly two decades, has experienced no health concerns and was surprised to hear about the HBO documentary or any current controversies surrounding Coldwater Creek.

“I’ve lived on Latty Avenue for 17 years. I have never had any health issues that seemed outstanding to me. My grandparents that I live with are healthy too,” Boseman said. “I was more surprised than anything to learn that I was living in what is basically toxic waste all this time.”

Many area residents played in this creek when they were children, before there was knowledge of the radiation in its waters.

William Bahan, 20, of Hazelwood, claims that Coldwater Creek was the cause of his father’s brain tumor. His father grew up near the creek and spent much of his time playing in it while he was young.

Bahan came to this conclusion after watching the HBO documentary, “Atomic Homefront.”

“After watching this, I firmly believe my father developed his tumor because of the creek. He survived and is one of the lucky ones,” said Bahan. His father declined to comment on the topic.

Bahan is not the only one who claims the creek is a cause of cancer. The writers at www.coldwatercreekfacts.com, who call their organization Coldwater Creek – Just the Facts Please, did a health map in 2015 and found 1,993 reported cases of cancer in the area, 184 reported cases of brain tumors or cancer and 315 reported cases of thyroid cancer or disease.

More illnesses were also reported, including multiple sclerosis, lupus and autoimmune disease. All the illnesses reported add up to be 2,725 reported cases, with more being reported as the years go by.

The documentary “Atomic Homefront” also recorded cases of cancer, both common and rare, and other diseases. The website of the documentary also states the EPA claimed West Lake Landfill to be a Superfund site in 1990, meaning it will be cleaned up by a U.S. program that removes toxic waste.

However, the waste has yet to be cleaned up to this day, which has caused much fear in those living in the areas surrounding the creek and landfill, especially those who live near West Lake.

The radioactive waste that was illegally dumped there is close to a fire that has been burning underground for over seven years, according to the HBO documentary.

In multiple EPA and class action lawsuit documents, Republic Services, the company that owns the West Lake Landfill, claims the landfill is safe. The documentarists who made “Atomic Homefront” demonstrate otherwise.

Those who made the film say the EPA looked over the area again in 2016 and found the radiation is now closer to the underground fire than previously thought. The distance between the fire and the radioactive materials is barely 700 feet, a little over two football fields, according to a statement made by the EPA in 2016.

Those in the community closest to the landfill are angry that they have not been rehomed due to the fact that the radiation may travel offsite of the landfill if it begins to burn in the fire.

Ray Donohue and his wife Christie have always lived in Florissant and both grew up playing in and around Coldwater Creek. Neither of them have suffered health issues, but both fear that could change.

“One of my good friends just died from brain cancer not even three months ago. We played down by that creek every day when we were young. We would swim in it, skip rocks in it and just hang out by it after school. He was always a healthy guy. If the creek is to blame for his cancer then I am not surprised in the least,” Donohue said of his recently deceased friend, who he preferred not to name.

It is unsure whether or not the landfill, creek and surrounding areas will ever be cleared of the radiation.

Though there is some government action in this case, Just Moms STL, Coldwater Creek – Just the Facts Please and the documentarists who created “Atomic Homefront” are all groups that advocate for the safety of the people in North St. Louis County.

They continue their work daily by speaking to government officials and educating those who may not know much about the radiation.

♦ More information on what these groups do can be found at www.coldwatercreekfacts.com, the Just STL Moms Facebook page or website www.stlradwastelegacy.com and www.atomichomefront.film/about/.

♦ For additional photos and facts about Coldwater Creek, click here.

♦ The St. Louis Post-Dispatch has also run stories about Coldwater Creek and the West Lake Landfill, with public meetings in Bridgeton being covered as recently as last month.