The California sun in December is a completely different satisfaction compared to seeing the snow outside in St. Louis.

In other words, I love both California and Missouri.

My whole life I was in the sun, surrounded by opinionated expressionists who had something to fight for. California is as advertised.

Now I’m surrounded by people who allow the world around them to affect their day-to-day lives and adjust so effortlessly that it can’t be described as anything but admirable.

The weather is the most obvious difference between California and Missouri. California in the summer will burn you while Missouri is a sauna of humidity that no one from the West Coast would be able to comprehend.

As you go outside in the morning in California it’s chilly, around 58 degrees, but by 10:30 a.m. it’s 90 degrees. Dressing for this is as easy as taking off the top layer of clothes.

Missouri summer mornings consist of having to look outside to see if it had rained overnight, meaning the day will be even hotter than the previous. As we now move into winter, it’s snow then sun, sun then rain, rain then ice.

It is honestly challenging. But the people just deal with it and find a way to go to work, school or events unfazed.

Second is the culture.

Missouri is very slow paced, the city is always empty and the traffic is hardly traffic (I’m sure people here will disagree). The West Coast will gladly show you what a two-hour commute looks like when you’re only 6 miles away from work. But when the traffic settles, everyone seems to be racing to get to wherever they’re headed.

I got my driver’s license in California, which means the speed limit is a suggestion, but driving in Missouri for the past two years I notice that hardly anyone will go over the speed limit.

Before this whole piece becomes comparisons, let me focus on the good and the bad individually.

Let’s start with the West Coast.

California is my home, it always will be. My family is watching me from exactly 1,692 miles away.

I miss them every day.

I miss the sun rising over my high school.

I miss knowing everyone.

California has this energy to it that other states just don’t have. A road trip in CA will end up in CA, and the only thing that changes is the people you know, from San Francisco to Los Angeles. Nothing is different, except for the sports teams you cheer for.

The ocean stays the same while the beaches fill with tourists. And the secluded gems shared among the real Californians are protected and as beautiful as they ever will be.

But not enough to leave Missouri.

This is my second home. 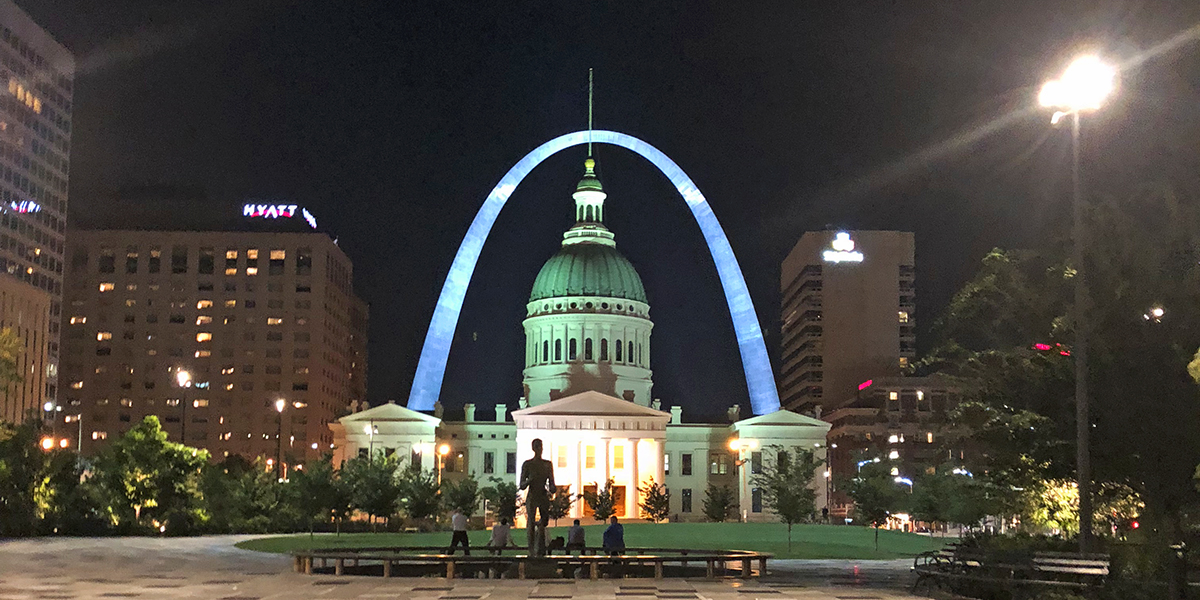 I see the Arch lit up at night, surrounded by dark clouds and a soft breeze, and I’m reminded of how far away from the ocean I am, and how little I care.

I can attend a Cardinals game for under $20, and that includes parking.

Parking outside AT&T park in San Francisco is $45 and that still requires a bit of a walk to the stadium. Just to buy a nosebleed ticket for $30.

Besides the sports, there’s always something to do in STL and it doesn’t bankrupt you.

The zoo is free, most museums are $5 or free for students, the Anheuser-Busch Brewery tour is free. The number of free attractions is ridiculous.

Any time I have an off day from work or baseball, I make sure to experience something new, and I have yet to run out of places or things to try.

St. Louis takes so much pride in their local businesses and traditions. Toasted Raviolis, Ted Drewes, The Hill, Imo’s, the Cardinals, Budweiser and Mardi Gras are just some of the local attractions The Lou takes pride in, and rightfully so.

California is the complete opposite.

Besides In-N-Out and Taco Trucks, California is a slurry of new and crazy ideas. This place changes every few months.

Micro brews reign supreme, EDM and country concerts somehow share the same audience, and it isn’t fancy if it doesn’t have sliced avocado on top. But the change keeps everything new and gives the public a sense of moving forward, regardless of what may be going on.

I would highly recommend visiting CA or STL because both places offer completely different lifestyles.

Change isn’t easy, but in my case it’s been extremely satisfying and an experience I will never forget.

Missouri has found a place in my heart.

I have friends in California I will have forever, just as I have made friends in St. Louis who don’t want to see me go. Either way, I’m certain I will see them again.

I close my eyes and see Sunset Beach, I open them to see the Gateway Arch.

I feel the cold Missouri air frost my face in the winter and I’m reminded of the Ocean breeze at night.

Whether it be the West Coast, or the Midwest, I’m home.