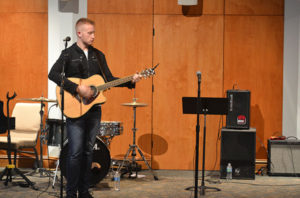 Stuart Harrier tunes up his guitar prior to playing with the Chapel Band at the recent AMP Fallout Retreat at Lake Williamson in Illinois. 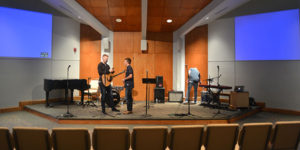 MBU Chapel band sets up the stage for a weekend of worship at Lake Williamson. 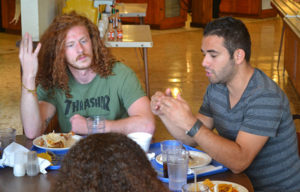 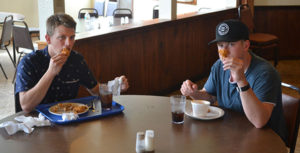 MBU students Wyatt Harmon and Ethan Scheffler pose for the camera at lunch. 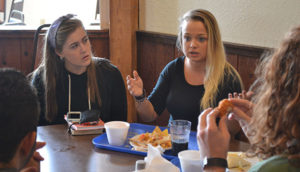 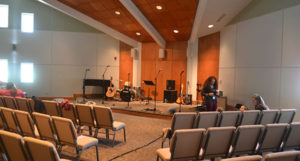 Inside the chapel at Lake Williamson Retreat Center in Illinois. 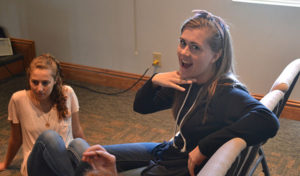 Kathryn Hinrichs poses for the camera in the chapel. 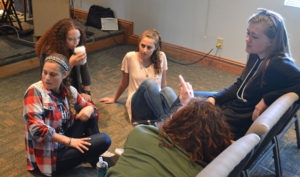 Group of MBU students hang out before main session in the chapel. 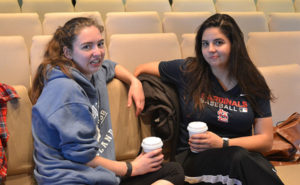 MBU students Abby Crain and Maria Dugo pose for the camera in the chapel. 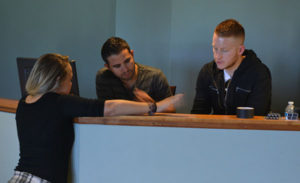 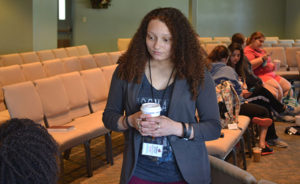 MBU student Lyssa McClennan engages in conversation before main session in the chapel. 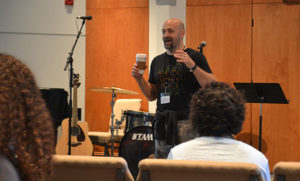 Jonathan White speaks to students about the schedule of events for the weekend. 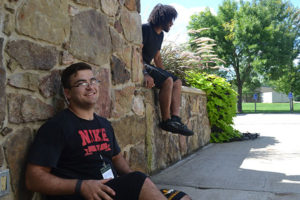 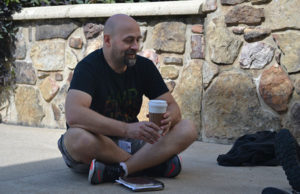 Jonathan White leads a men’s Bible study outside of the retreat center. 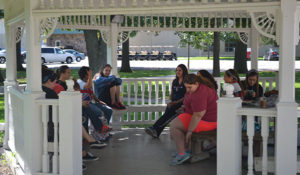 Women’s Bible study under the gazebo on Lake Williamson campus. 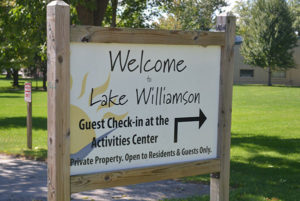 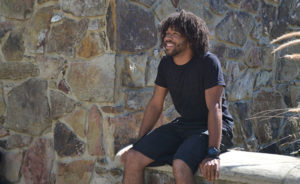 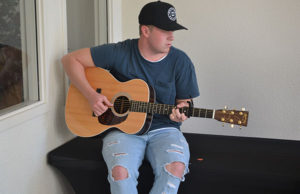 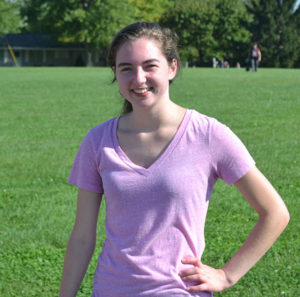 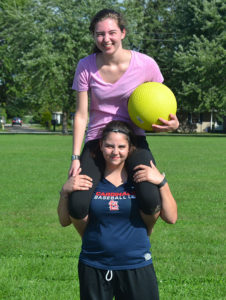 MBU students Abby Crain and Maria Dugo pose for the camera after a game of kickball.