The “Special” in Special Education

Written by MBU Timeline on October 3, 2014. Posted in News

Dr. Margie Daiber, instructor of special education at Missouri Baptist University, tells a fascinating story of how early in her career she was pulled toward students with special needs, and that all began at home. 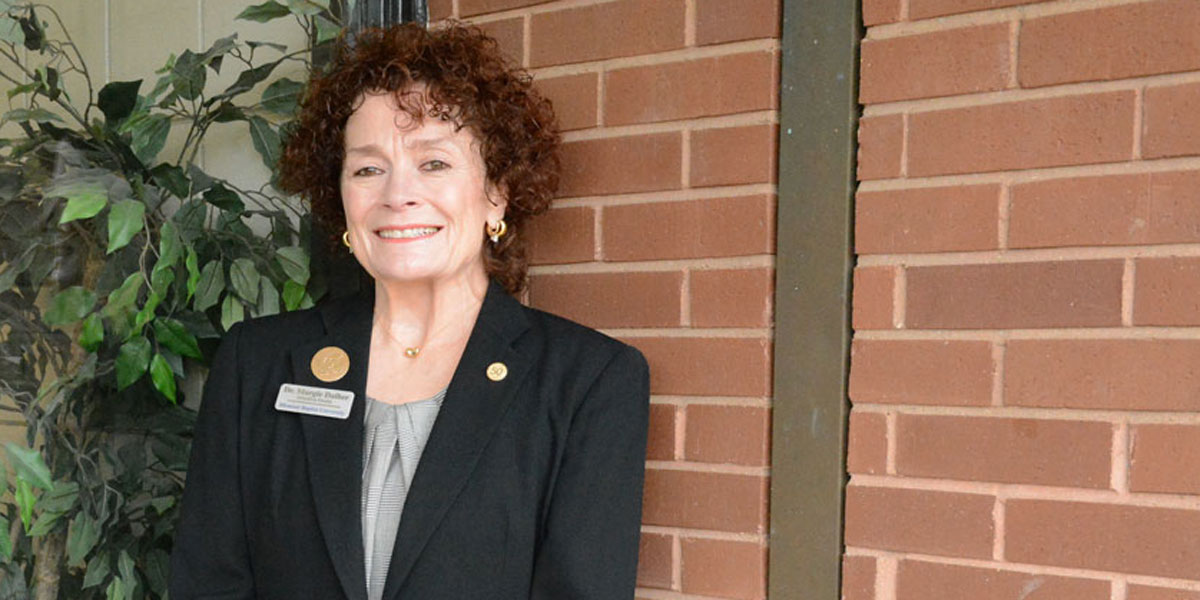 You may love the classes required for your degree, but are you sure you know what career you’re getting into?

In some ways, Dr. Margie Daiber, instructor of special education at Missouri Baptist University, did not know what she was getting into.

“I worry now more than I ever have,” Daiber said in a recent interview.

Daiber’s interest in special education was sparked from a very young age, as a young girl born and raised in the St. Louis area.

Eleven months after Daiber’s birth, her little brother was born.

It was soon apparent that her brother was a child with disabilities.

Daiber remembers from age 2 her mother crying and apologizing because she wouldn’t be able to care for Daiber as much as her brother.

“I reacted to the attention that he received,” Daiber said.

But not necessarily in a negative way.

“Whenever I pretended to teach, I was pulled to teaching children with disabilities,” Daiber said.

Daiber herself was not an average child; her IQ scores and other apparent abilities once led her school teachers to request that she skip two grades.

“I used to read the dictionary for fun. One day, I found Ph.D. under the p’s. I pointed to that and told my mother I was going to have one of those one day,” Daiber said.

This childhood foreshadowing was fulfilled when Daiber graduated with a Ph.D. from Saint Louis University in special education and education administration.

In great excitement, she began her career teaching special education students in a self-contained classroom in Hazelwood public elementary school.

“At the outset in ’75 it appeared that magnificent educational opportunities then existed for children and families of children who learned differently,” she recalled.

Daiber was moving into a new field that was growing in recognition and political clout, and she was happy to be part of the movement.

But through decades of teaching, loving and worrying , Daiber began to realize that ideal had never materialized.

“[It was] because of issues mired in litigation, finances, paperwork, unsubstantiated research advocation, politics, over representation and under representation,” said Daiber.

The special education field, as much good as it does, is fraught with problems, she said.

Daiber, who has always made it a point to be thoroughly familiar with special education law, knows that teachers do not always feel the power the law gives them.

She recounts the story of a first-grade boy who did not receive the help he needed because his school did not want to undertake the financial burden, the self-imposed paperwork, or the time involved to give him help.

His teacher advocated for him. The law was on her side. But she was ignored.

Another troubling trend in education, according to Daiber, is the emphasis on data.

“The focus is now on research, data, computer screens, and not on the child,” said Daiber.

This leads to “the continuous misuse and requirement of jargon-oriented ill-advised practices,” Daiber continued.

Even the job of the special education teacher has changed somewhat.

Some current teaching methods and administration policies relegate special education teachers, who are highly educated individuals, to the role of mere tutor in classrooms, she said.

For Daiber, these are some of many problems with the current special education system.

In spite of these surprising twists and turns in the special education field, one thing has always remained the same.

Her students always were and continue to be Daiber’s joy and motivation.

By teaching educators-in-training, Daiber realizes she has the opportunity to change the problems she sees in special education.

Her biggest emphasis in her classes?

“Speak!” she always tells her class.

She encourages her students to use their position to speak for their students and to ultimately enact change.

Dr. Daiber did not know all the twists and turns that the special education field would undergo.

But she went along with the ride anyway.

Dr. Daiber’s story offers some solid advice to students facing the transition from college ideals to career realities: “Enjoy what’s there, and fight for what should be.”