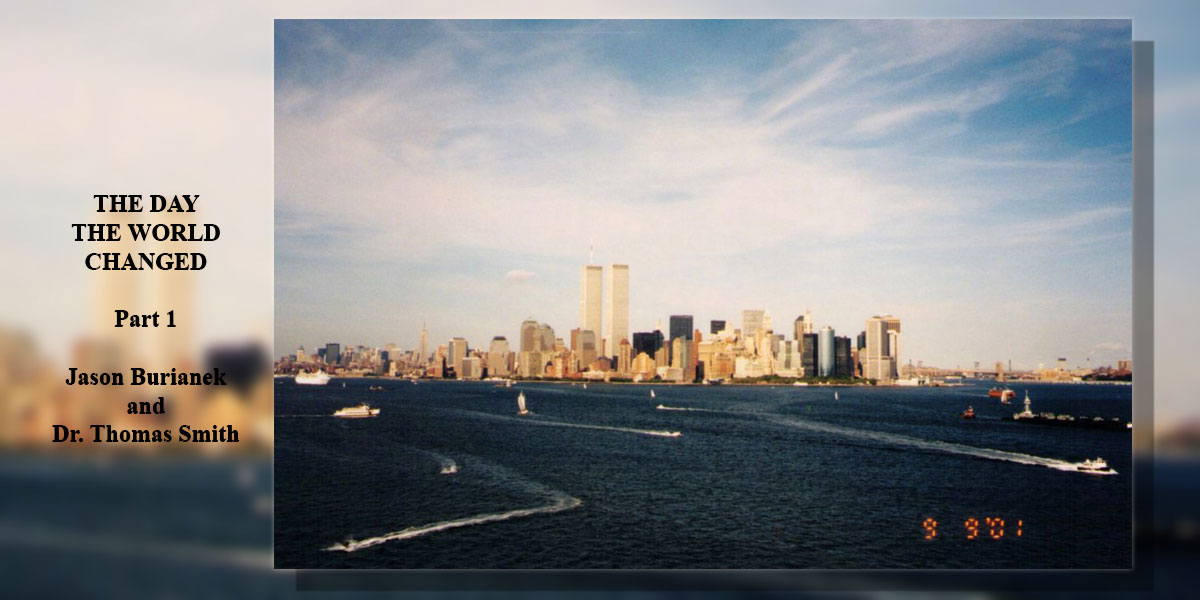 This story was posted at 7:46 a.m. Central time, 20 years later to the exact time that terrorists flew American Airlines Flight 11 into the North Tower of the World Trade Center.

“I was a junior in college. I was in my apartment, it was early, I remember even laying in bed listening to the radio that a plane
had flown into a building in New York and I got up to turn the TV on. I was in Colorado so that would’ve been about 7:30 in the morning out there. Turned the TV on and just started watching everything unfold and then I think by the time I had the TV on the second tower was already hit. At that point you know there were just a whole lot of questions. What’s going on? The Pentagon had not been hit yet. … And next thing I know, I remember the live shot of the first tower fall and just being in total disbelief of what I was watching. Then obviously the second tower falls and by that time more and more is going on with the Pentagon and there was a crash at flight 93. It was just surreal.”

“Being in college, I was playing football. At the time, we were supposed to be playing Washington State that week and every airport shut down. The game got canceled.”

“You really kind of take things for granted but you don’t realize how often you just are used to seeing airplanes in the air and when there were no airplanes, how weird that was. I think everywhere you went, you just had this heavy feeling on you like just unbelievable ya know, how did this happen? Where’s it going to happen next? There’s a little bit of fear involved.”

“I think what I remembered and beyond that day and just being glued to the TV for days on end was the overall unity that the country felt over that.

There were American flags everywhere you went. You’d go up and hug strangers. … I don’t remember a time in our country where we were just all so united over one day but it was a day that, to me, is our generation’s Pearl Harbor and probably even more impactful because it happened in the continental United States. It wasn’t during a war period.”

“What was so weird was everybody you talked to on that day, whether they were in New York or in Colorado, where I was … it was a perfectly beautiful morning, blue sky, like no clouds in the sky. It seemed like it was that way everywhere when you talked to people and all of sudden just chaos rains down.” 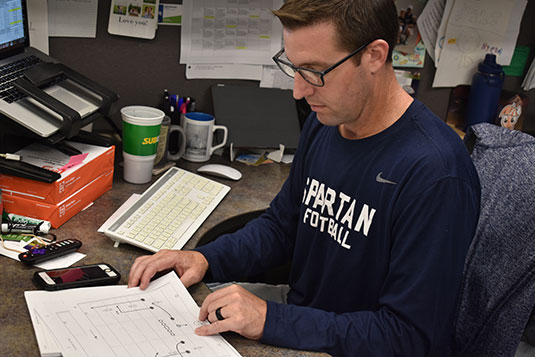 “I think people who live through that, there are times where we probably don’t remember it as much as we should. I can tell you every year when there’s a Sept. 11 anniversary, I go back instantly to where I was, what my feelings were, watching everything, you know, the aftermath. So I think it’s definitely changed us. We’ve been at war for a long time because of it.”

“Obviously, unfortunately that unity that we felt post 9/11 is not there. We’re very divided over, in all honesty, silly things right now. You know, being a Christian school, the cool thing is we can rally internally around God within our faith. At that time it didn’t matter what faith you were, we were united under God in some way, you know? And now it’s not. Now you’re almost shunned if you speak of God. We are divided over the color of our skin and we are divided over political parties, and unfortunately that’s hurting our country. I wish that was something we didn’t lose, but that’s where we’re at right now and that’s kind of how it’s affecting us.”

“I was the director of admissions at Missouri Baptist University, so I was in the Admissions Office. I had heard that the towers were attacked and so when one of my student workers came in by the name of Jason Green, who is an alumni of the institution now, I gave him my house key and asked him to go home and get my TV. When he came back, we plugged my TV in and the whole office just stopped everything they were doing.”

“I do remember distinctly saying to Jason that our world will never be the same. On that date, there weren’t too many administrators, in fact, myself and Dr. Chambers were the only two administrators that were here.”

“What we did is we called the student body to the Chapel at 11 a.m., which was downstairs (in the Field Building) below the cafeteria, just to exclusively pray for our nation. Also for President Bush to have wisdom.”

a documentary when we start getting around this time of the year — watching a documentary on 9/11. Most of the students here obviously wouldn’t remember that date or were even born then.”

“When I reflect about it, it was one of the worst days in history. I always tell people that I only saw my dad cry one time, and that was on Nov. 22, 1963, when John F. Kennedy was shot. I would compare 9/11, and I remember that day vaguely because I was only in first or second grade, but I would compare 9/11 to that day. It was so tragic.” 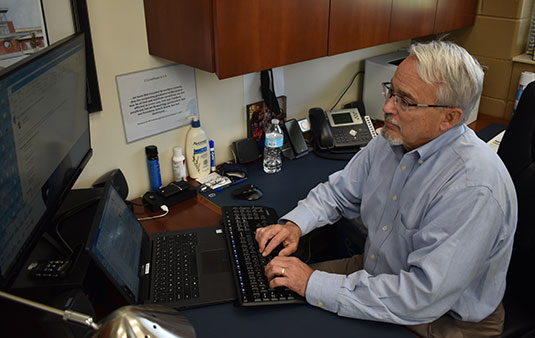 “I look back now and I think ‘gosh,’ we’ve almost kind of been callused over that feeling. If it wouldn’t have been for these latest mishaps in Afghanistan, I would think that most people would not think much of it as much as we did then, but I do.”

“Most of my peers that are my age clearly know that we lost a lot of lives. I lost one of my best friends growing up. He was a Marine and he got bombed in Beirut. All these terrorist attacks have impacted my life … and it has made me be a lot more vigilant to be aware of what’s going on in the world, and to watch.”

Jason Harman, from The Hill in St. Louis, is a staff journalist for MBU Timeline and a communications studies major. He played varsity volleyball for the Spartans volleyball team before moving to a coaching position at Ladue High School. After graduation Jason plans to move South and find a job in sales.