MBU Managed to Offer Fun and Games, Even During a Pandemic

As we continue pulling out of COVID-19, we look back and note that many universities across the United States chose different paths to deal with the pandemic. With other schools closing down, or canceling on-campus activities, Missouri Baptist University made every effort to give students some kind of normalcy during those troubling times. This Photo Gallery highlights a few of the outdoor activities held in the fall semester of the 2020-21 school year. 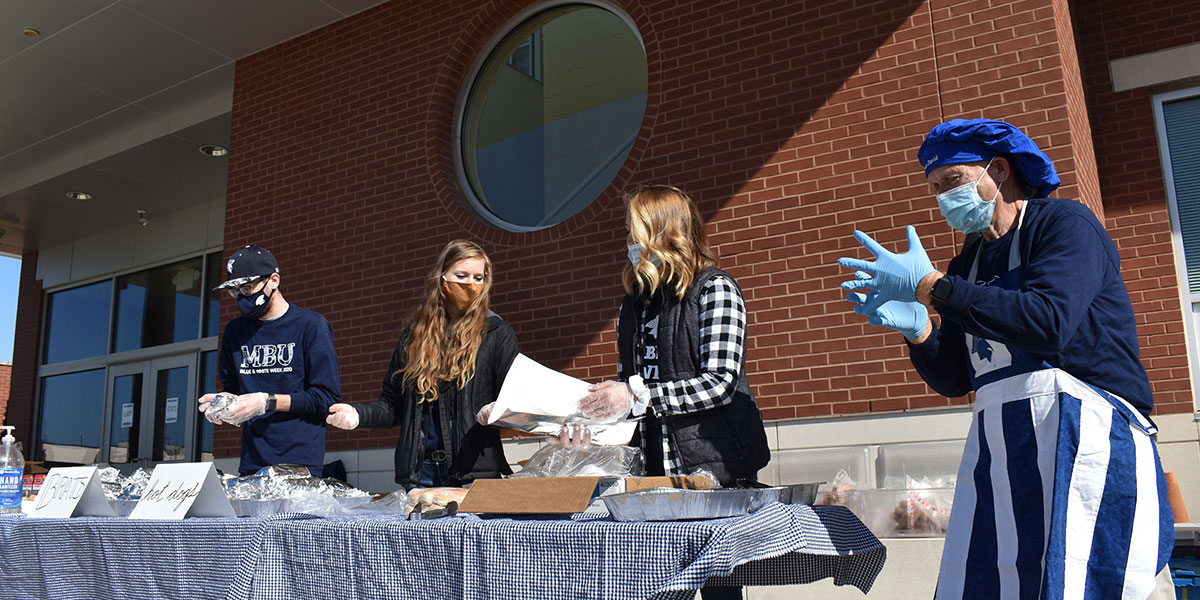 MBU students and faculty members prepare to hand out hot dogs and brats during MBU’s Blue and White week earlier in the fall semester. The grillmaster on the far right, Dr. David Collum, assistant professor of education, is a fixture at tailgating events during normal times or pandemic times.      Photos by Manny Garcia

Written by Rebekah Rutledge on September 28, 2015. Posted in Media, News

Nine of the country’s best BBQ pit masters met in St. Louis at Soldiers Memorial to show off the smokey flavors of their own hometowns. The event featured a few St. Louis favorites like Sugar Fire and Pappy’s, as well as BBQ from New York, Texas, Mississippi and Tennessee. 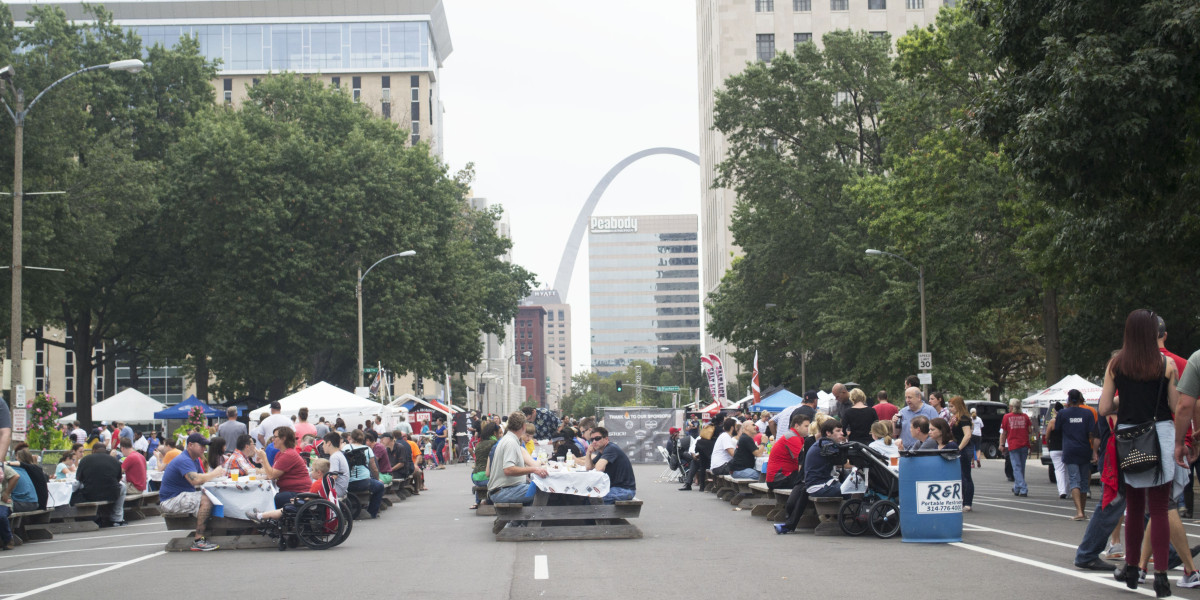 St. Louis was full of barbecue sauce-covered faces, smoke-filled air and happy tastebuds as crowds gathered in Soldiers Memorial for the Q in the Lou over the weekend, Sept. 25-27.

Featuring nine of the best pit masters out there, event attendees were able to sample small plates of each of their barbecue.

Throughout the weekend there was live music, masters classes and local sweet treats to taste as well. 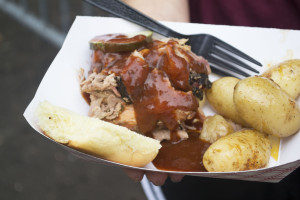 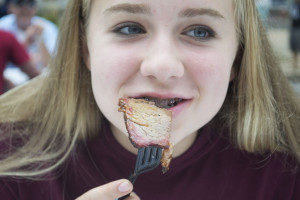 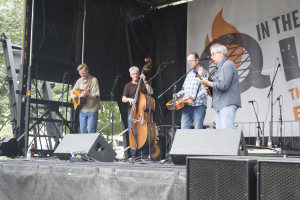 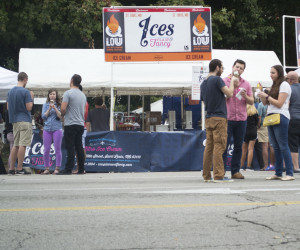 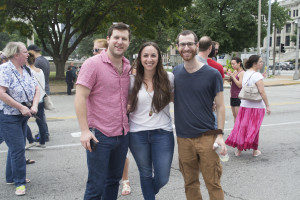 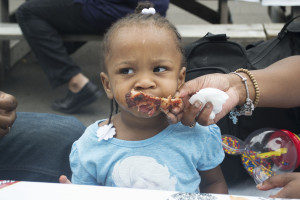 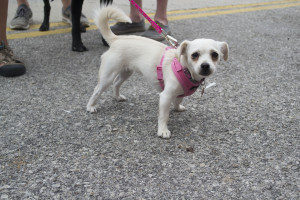 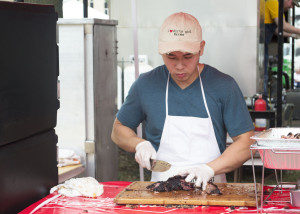 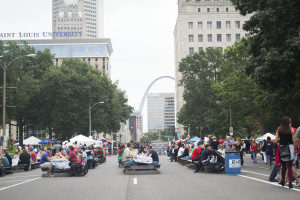 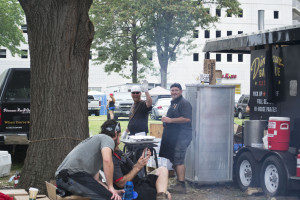 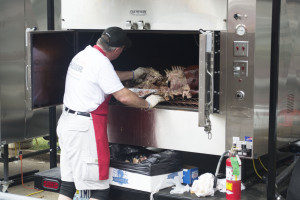 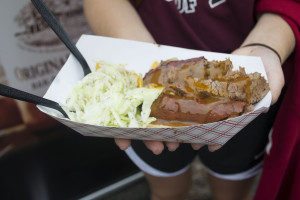 How About that Shaved Duck?

The Shaved Duck, at 2900 Virginia Ave., a few blocks east of Tower Grove Park, is a magnificent place to dine.