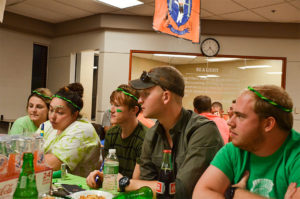 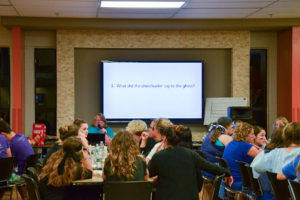 The teams from North Hall face off as Taira Schertz announces the questions. 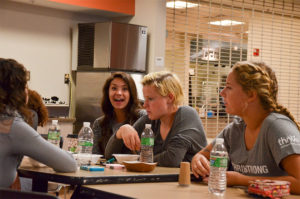 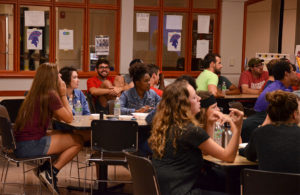 The teams look to the big screen as questions are announced. 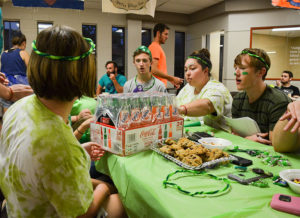 The green team celebrates their win for best dressed with their prize of soda and snacks. 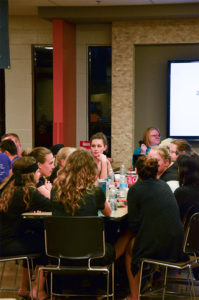 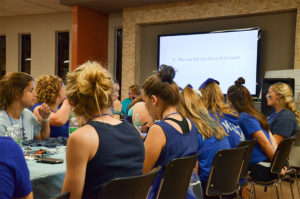 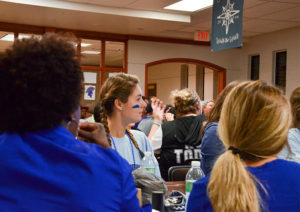 Rebecca Stallard answers questions with her team from North Hall. 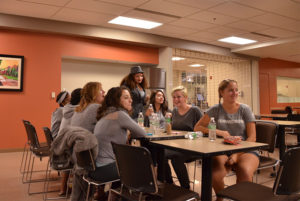 The gray team listens as the standings are announced.