Written by Rebekah Rutledge on November 18, 2015. Posted in Media, News

Jackson Rutledge, a junior at Rockwood Summit High School in Fenton, Mo., tries to beat the Guinness World Record for the number of sugar-coated, jam-filled donuts eaten in three minutes. The record currently stands at six of these donuts consumed in three minutes. Rutledge made his attempt on Saturday, Nov. 14, at Rockwood Summit High School, but was only able to tie the record. 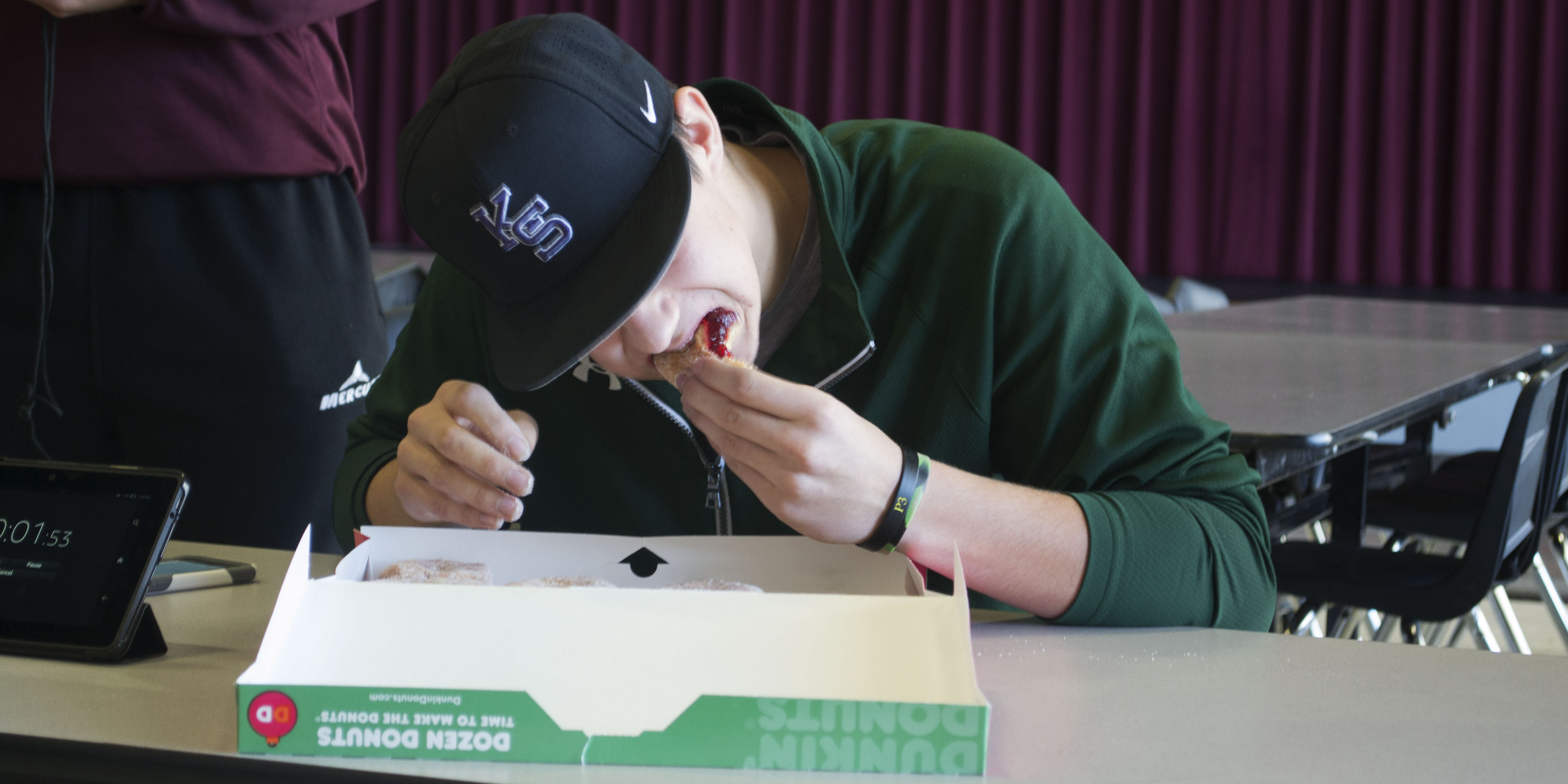 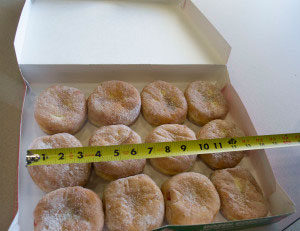 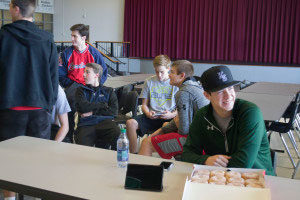 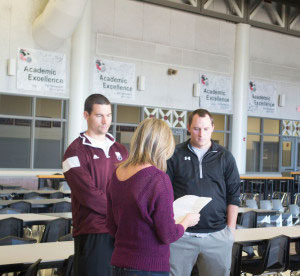 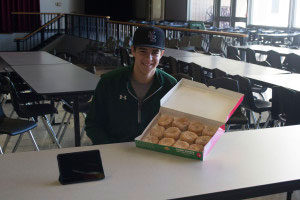 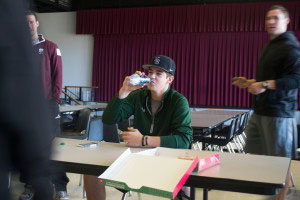 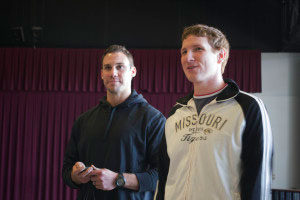 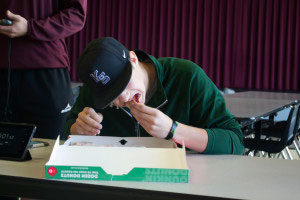 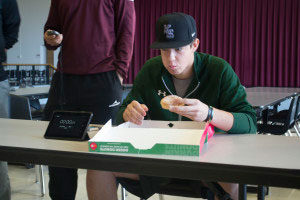