Jackie Robinson: “42” Made an Impact

Written by Ryan Rerich on September 26, 2014. Posted in Arts & Entertainment

Discussing the 50 years from the passing of the Civil Rights Act of 1964 in class, I quickly was reminded of the sporting event 17 years before that legislation, that changed the game of baseball forever. 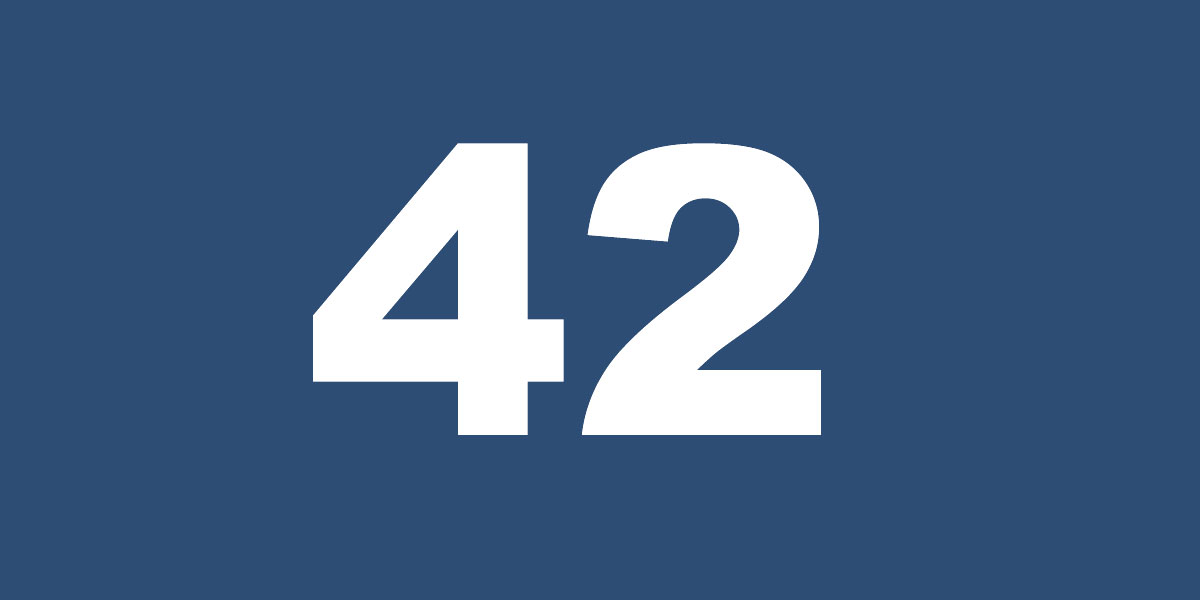 Jackie Robinson broke the color barrier in Major League Baseball on Opening Day, April 15, 1947, when he stepped onto the diamond for the Brooklyn Dodgers.

The 2013 movie “42” does a wonderful job in portraying the trials that occurred leading up to his time in the league, as well as his first season leading the Dodgers to claim the National League pennant, and also Robinson’s claiming of the 1947 Rookie of the Year award.

The journey the motion picture makes from the Montreal Royals to the Dodgers takes the viewer on an emotional journey watching all of the ridicule that Robinson received.

From not getting service at a gas station, to being turned away from a team hotel, to being harassed on and off the field, Robinson faced derision to say the least.

It was not easy and Robinson could not have done this simply by himself.

The passion of the general manager, Branch Rickey (played in the movie by Harrison Ford), is one to be emulated in a situation similar in other sport movies because it is simply excellent.

Branch Rickey (Ford) paid close attention to the talent level of Robinson when no one else seemed to give him a look at all. He did not care about the color of his skin. He wanted to win, and talent produces wins, and wins produce money. “For it is true that money is green, not black or white,” Rickey said multiple times in the movie.

They seemed to rally the troops and the Dodgers slowly turned into a team that surely was a success.

Heads began to turn around the league, and people began to notice that in baseball it did not have to necessarily be about the color of your skin, but rather your talent on the field.

This is how it should be, and the movie did a great job of showing this.

The production crew also did a great job reproducing fields that were similar to the fields of that time.

The green screen that stood all the way across of Rickwood Field in Birmingham, Ala., and attached to the top of the outfield wall, turned out to be a solid addition and worked well in the movie.

If I did not know that a green screen was used by watching the behind the scenes, I would have thought the crowd in the outfield stands was real.

Long-time baseball fans, and people who know the game of baseball, know that Jackie Robinson, and the number “42” in general, have had a huge impact in America’s favorite pastime.

Reese was correct when he stood next to Robinson (Chadwick Boseman) during a game and said, “Maybe tomorrow we’ll all wear 42. That way they won’t tell us apart.”

Sure enough, there is a day each and every year that honors Robinson in the MLB with national “Jackie Robinson Day.”

Starting this year, the MLB does not have any players wearing the historic number 42, as Mariano Rivera, “The Sandman” and long-time amazing closer for the New York Yankees, was the last man to be able to wear Robinson’s number.

He retired at the end of the 2013 season, and forever the MLB will now only see the number 42 on the back of a jersey on April 15 each year, when every team will be sporting Robinson’s number on their backs.

Robinson has paved the way for baseball greats such as Rivera, Hank Aaron, Willie Mays, Ernie Banks, Barry Bonds, Ken Griffey Jr., and Reggie Jackson to name a few. Even for players like Derek Jeter who are not fully African-American, Robinson has made an impact.

Any player in the game of baseball can learn a lesson from the courage and overall greatness that Robinson showed during his time in the league. He was a bold man who let his actions speak on and off of the baseball diamond.

The story of Robinson serves as an example of how true bravery transforms a man into a legend of baseball, and also converts a man into a hero of many around the world almost 67 years later.

The number 42 is the only retired number in the game of baseball, and there are many reasons to prove why this is.

“And baseball was proof positive that democracy was real. A baseball box score, after all, is a democratic thing. It doesn’t say how big you are or what religion you follow. It does not know how you voted or the color of your skin. It simply states what kind of ballplayer you were on any particular day,” the narrator said within the first minute of the film.

This quote truly describes the nature behind the game of baseball and why it is an American classic sport.

The quote sets the basis on which the movie is conducted, and how the life of Robinson changed not only the game of baseball, but also the lives of people during that time period.