Written by Rebekah Rutledge on February 12, 2015. Posted in News 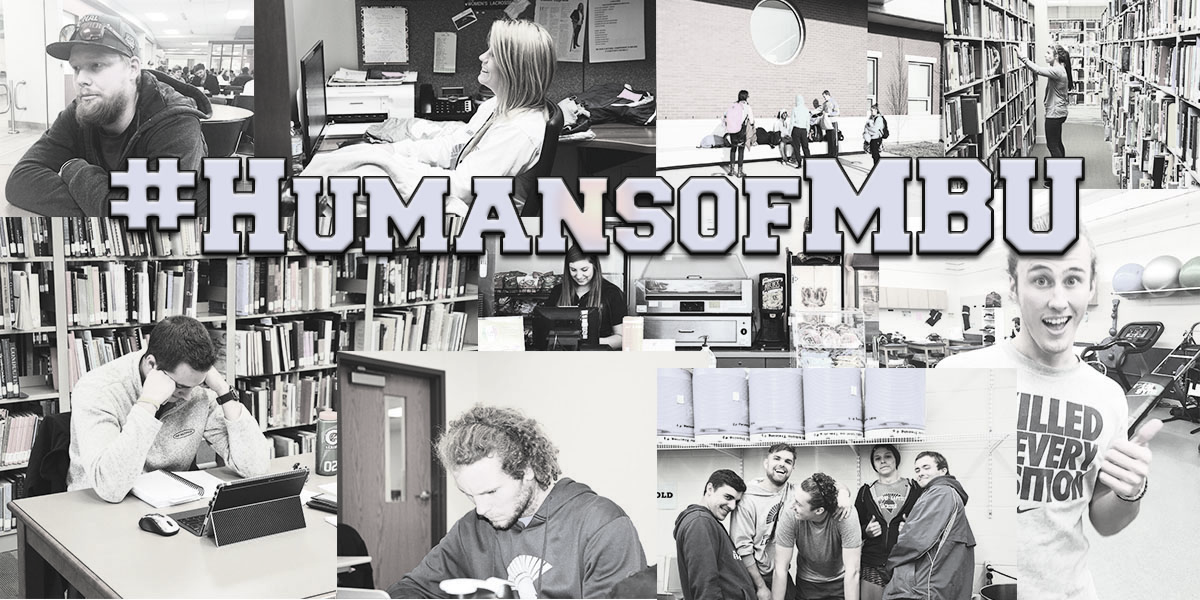 HONY, or Humans of New York, has become a huge movement throughout the world and it has now hit Missouri Baptist University in the form of Humans of MBU.

Brandon Stanton, creator of HONY, goes around New York City (the city with a reputation for unfriendly people) and strikes up conversations with people on the streets of New York, snaps a few photos, and each night, posts a few of them to his site.

Throughout the semester MBU Timeline staffers Rebekah Rutledge, junior, and Morgen Filla, senior, will be doing impromptu interviews with students on campus.

The idea is to capture who each student is in that particular snapshot of their life.

Each quote and picture will describe that person exactly where they are, with whatever is on their mind.

As each student is introduced to the campus, #HumansofMBU will bring the MBU community together.

The idea behind #HumansofMBU is to share students’ stories, thoughts, struggles and anything else they are willing to share.

It is so easy to go to class every day without noticing who is around, but #HumansofMBU asks students to take notice of their fellow classmates, even ones they may have never noticed.