How Did I Make it Through This Show?

Written by Emily Morton on May 1, 2017. Posted in Arts & Entertainment

Many television shows capture our hearts and keep us hooked for seasons to come. Others, such as the sitcom, “How I Met Your Mother,” grow monotonous as we wait for the plot line to improve and the characters to win us over. But they never do. 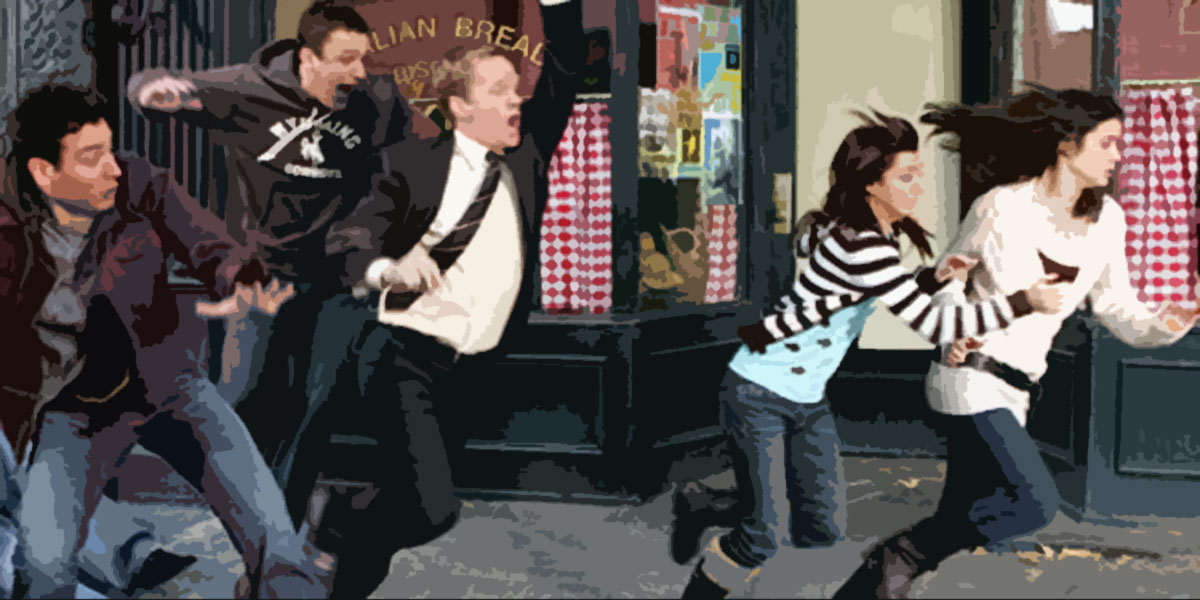 When falling in love with a television show, it is not always the plot line or the theme that keep us tuned in. It is often the characters we grow to love.

It is a strange phenomenon because we speak about characters as if they are some of our closest friends.

We reminisce on episodes of shows as if we were there, experiencing each moment alongside the characters.

This is because writers, directors and actors spend hours making a character likeable, relatable or interesting for the watcher.

However, in the popular sitcom, “How I Met Your Mother,” which ran 2005 to 2014 and is now available on Netflix, the characters came up short as each character proves to be unlikeable and the opposite of who the watcher would want to relate with.

The show follows Ted Mosby (played by Josh Radnor), a whiny architect from New York City, in his quest to find the woman who will be his wife.

Mosby lives in an apartment in the city with his college roommate, Marshall Eriksen, played by Jason Segel, and Marshall’s fiancé, Lilly Aldrin, played by Alyson Hannigan.

Marshall and Lilly are the epitome of a co-dependent couple who argue about minor issues throughout the show. When they are not arguing, their relationship often appears cheesy and pretentious.

Robin Scherbatsky, played by actress Cobie Smulders, joins the friend group as one of Ted’s many attempts to find love and stays around even after their break-up.

Robin is self-obsessed, distant, cold and shows little relatable emotion or attachment to anything throughout the show.

Arguably the best written, but worst in character, on the show is Barney Stinson (played by Neil Patrick Harris) a narcissistic playboy who preys on vulnerable women due to his fear of commitment.

Put these five characters together and you get a train-wreck sitcom that plays off of the characters’ worst qualities for comedy. Surprisingly the show enjoyed a nine-year run and in the year of its final season ranked 28th overall with consistent ratings throughout and an average of 9.8 million viewers in season 7, the show’s most popular season.

However, these ratings do not speak to the repetitive nature of the sitcom.

In each episode Barney is trying a new scheme of deception to pick up a girl while Ted is finding everything wrong with the girl he is currently dating.

All the while, Marshall and Lily are arguing or meddling in Ted’s dating life and Robin is trying to figure out whether or not she still has feelings for Ted, or anyone.

This show was a disappointment to me because I ended feeling unattached to, and even loathing, all the characters of the show.

I found myself annoyed and ready for the characters to have a sudden change of heart and become miraculously appealing.

Instead, the characters grew worse and worse until the much-too-delayed finale.

This might sound harsh, but it can serve as a warning to anyone who has thought about hopping on Netflix and diving into this series.

Click the X and never turn back. You won’t regret it.