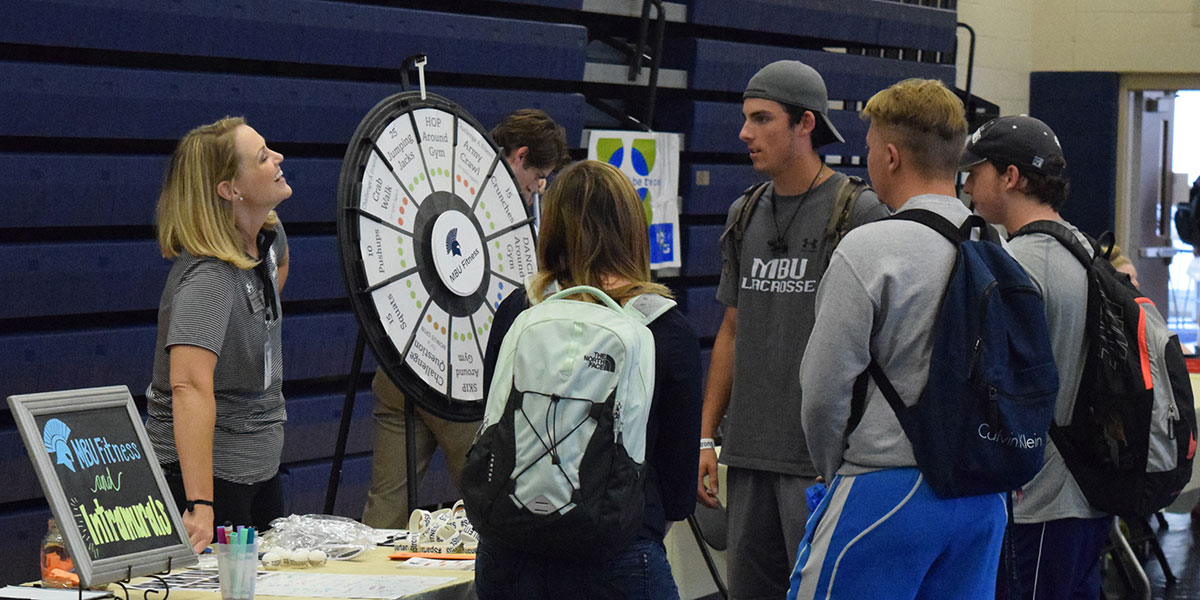 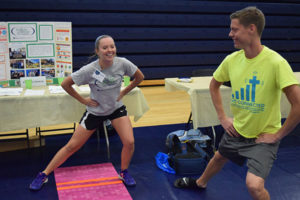 Emily Brown shows Colton Albers how to perform side lunges at the Exercise is Medicine table. Photo by Daniel Dilworth 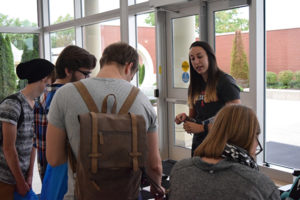 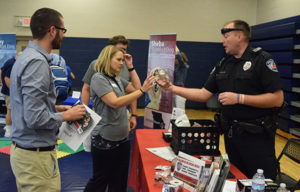 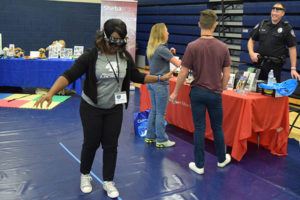 Sophia Wallace attempts a sobriety test while wearing goggles provided by the Creve Coeur Police Department that simulate the effects of being intoxicated. Photo by Daniel Dilworth 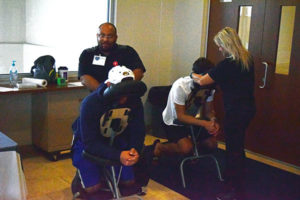 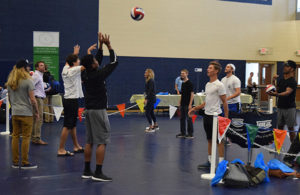 Members of two of MBU’s intramural volleyball teams provide a demonstration of the basics of volleyball. Photo by Daniel Dilworth 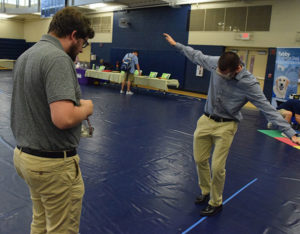 Steve Donahue watches as Andrew Douglas tries to walk a straight line while wearing goggles that imitate the effects of alcohol. Photo by Daniel Dilworth 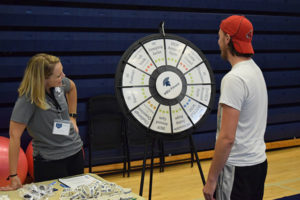 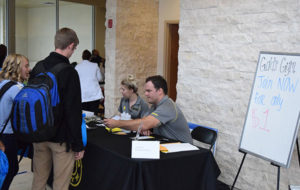 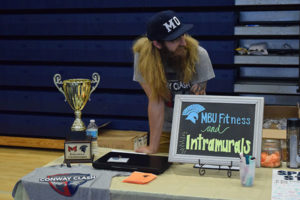 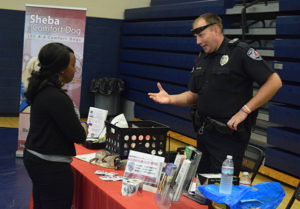 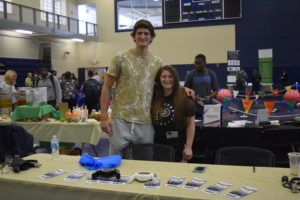 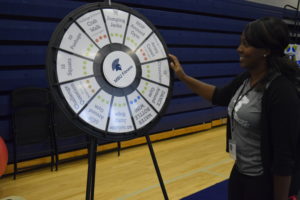 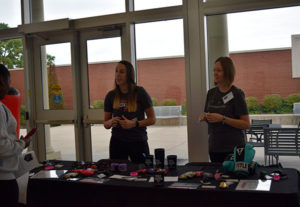 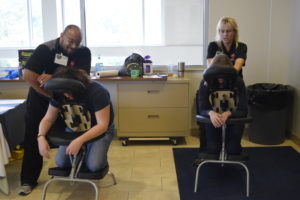 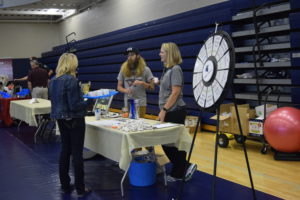 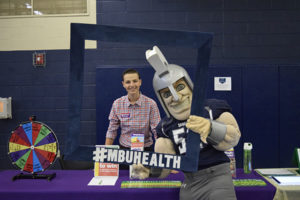 Mitch Barrett takes a picture with the mascot. Photo by Chris Hodges 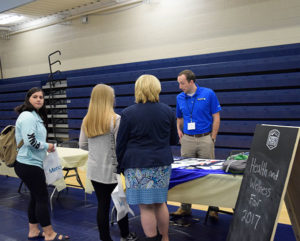 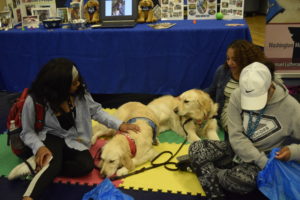 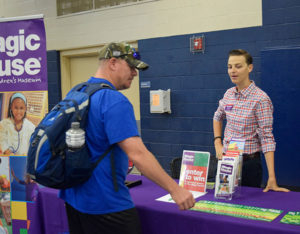