Dylan White is Lead Editor for MBU Timeline. White is a broadcast media major with a journalism and English double minor. He is a member of the MBU Jazz, Concert and Pep bands, and he works in MBU’s Records Office. After graduating, White plans to pursue a career in news radio and commentary.

Scleroderma is a rare autoimmune disease that hardens and tightens skin and connective tissue, affecting 0.1% of people in the United States, or just one out of every 1,000 people. There is no known cure for the disease, and while many patients live full lives with scleroderma, it can be fatal. Ashley White is an MBU regional learning student in Jefferson County, Missouri, working toward a degree in middle school education in science, and in addition to her schoolwork, she must deal with the complications of being one of the few afflicted by scleroderma. Here is her story. 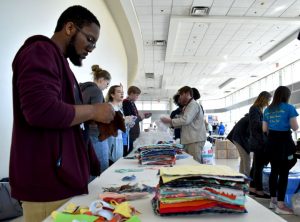 MBU students had the opportunity to work with Sharing Smiles, an organization that has appeared at previous service days. 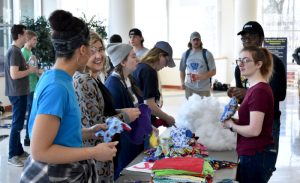 Andrea Robb, director of spirit and community engagement, joins the assembly line for Sharing Smiles and talks to students. 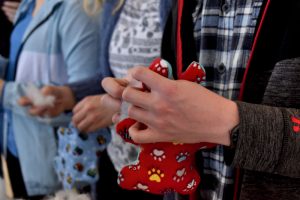 MBU students were involved with every step of the bear making process: tracing the patterns, cutting the fabric and stuffing the bears. 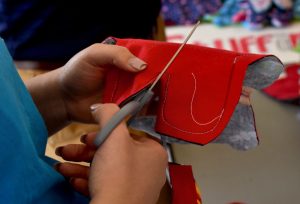 Sharing Smiles bears are crafted in stages. First, the bear’s fabric must be cut into the correct shape. 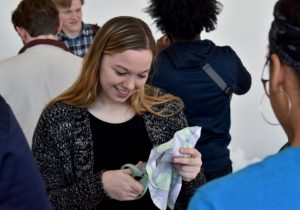 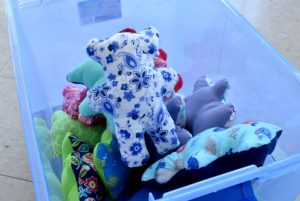 A plastic bin filled with completed bears ready to join the others for delivery to hospitals. 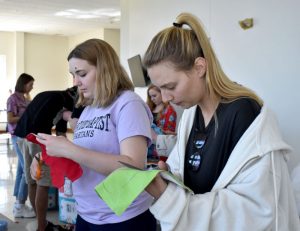 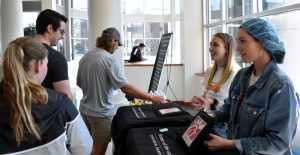 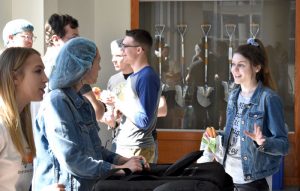 Emily Carter, right, socializes with the volunteers working at the Chick-fil-A table. 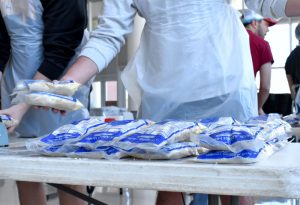 Completed meals moving through the line for Meals for a Million. 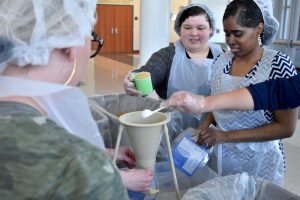 Students followed a particular protocol to properly assemble the meals for packaging, adding different elements in proper quantities and ensuring the package was the proper weight. 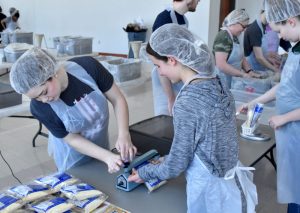 Students use a press to seal the packages full of rice, nutrients and other ingredients. 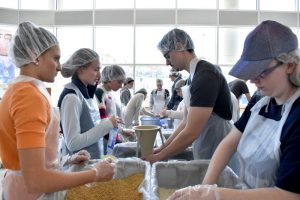 According to Meals for a Million’s website, each package MBU students finished provides a complete meal for six children, or four adults. 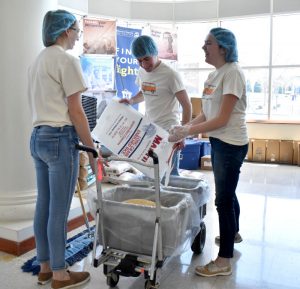 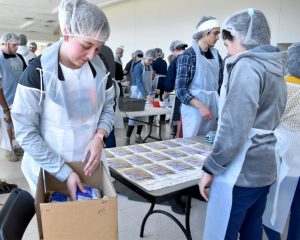 A student packs one of many boxes filled during the day for families in need across the St. Louis region.

MBU students had the chance to write encouraging letters to missionaries in Haiti and commit to praying over them for a month. 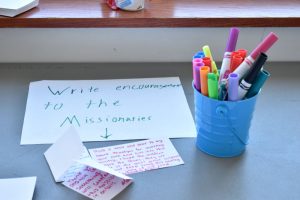 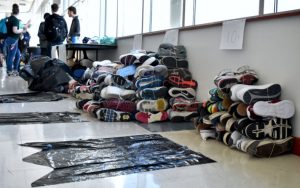 MBU’s Office of Faith and Service accepted donations of lightly used shoes to send to children in need in Haiti.

When students enter college, they often have a vision for their lives and a plan for the path they want to take. However, their experiences and interests may change over time, leading them to a place they never imagined. MBU Timeline field reporter Dylan White interviewed MBU students who found their plans changed since they’ve been in college and learned you don’t need to have all the answers when you enter college. 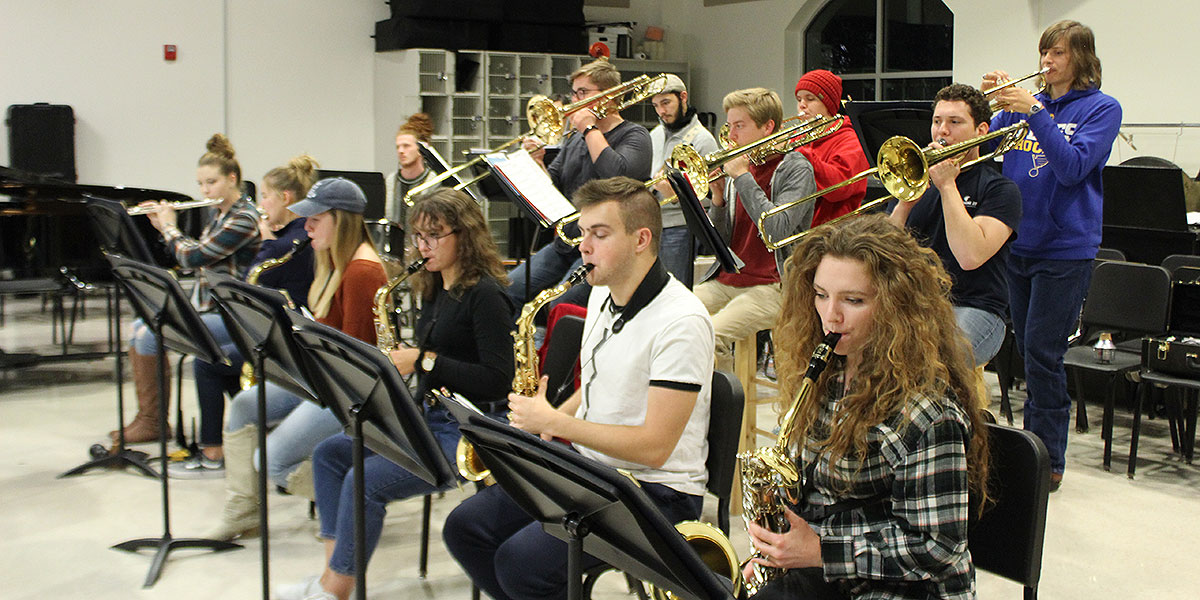