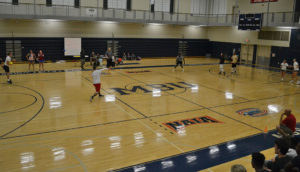 Students competed in AMP Late Night Dodgeball in the SRC. 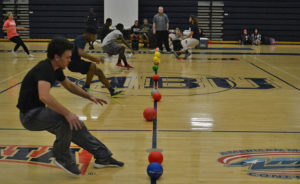 Students race to half court at the sound of the whistle. 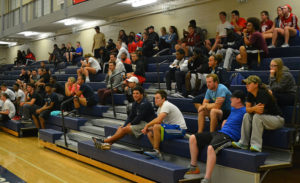 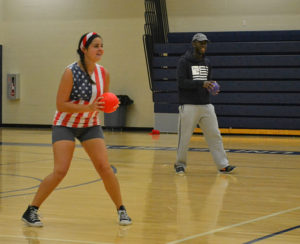 Krista Tyson prepares to give her best shot at the opponent. 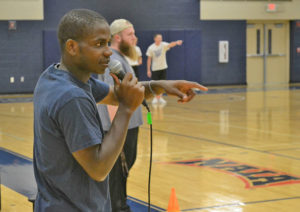 Kiesh Howard, who emceed the dodgeball tournament, offers humorous commentary during the event. 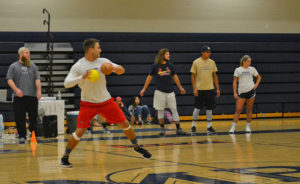 Andrew Hiner winds up for a shot at the opponent. 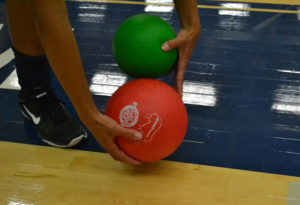 Late Night Dodgeball is one of AMP ministries’ most popular events. 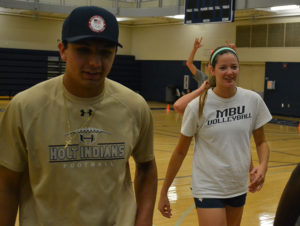 Kelly Wilson, right, and teammates celebrate after a victory. 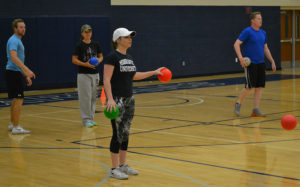 The tournament carried into the late hours of the night. 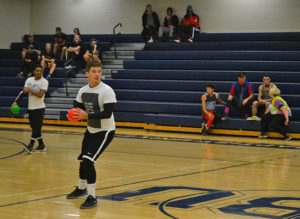 Students were intense in action from start to finish. 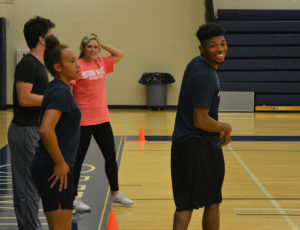 Charles Murphy smiles back at the camera as he joins his teammates for the next game. 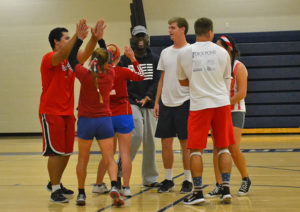