Written by Ryan Rerich on November 3, 2014. Posted in Opinion

Many studies around the world are indicating that a lack of sleep, if not handled properly, can be more harmful than we think. 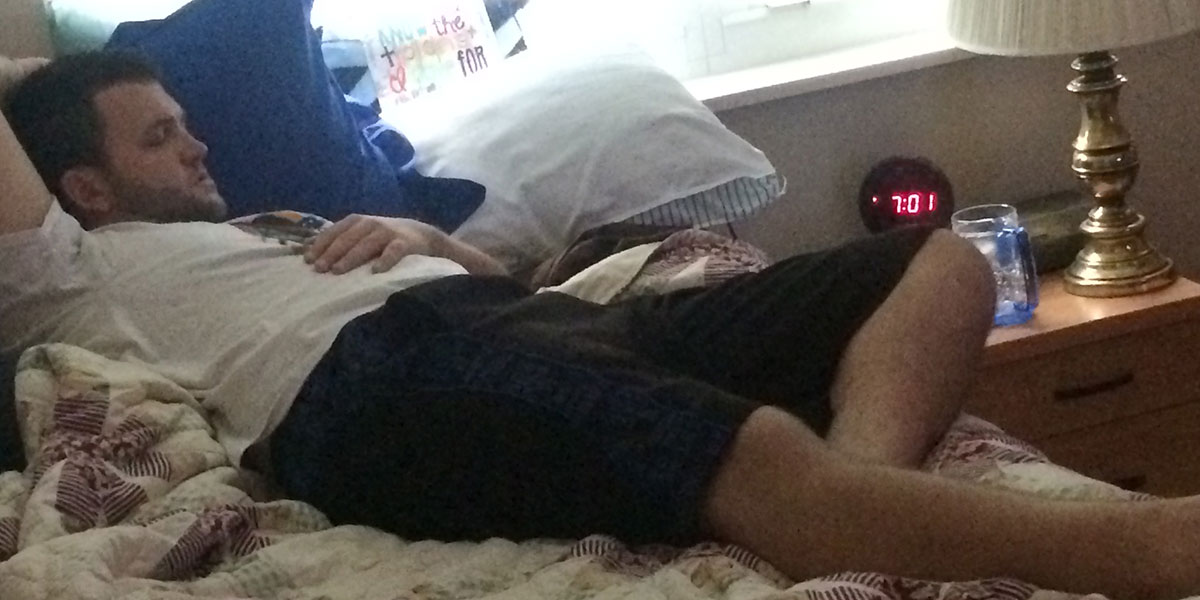 Students across the world each semester share a lack in this area because of many reasons.

“Among the reasons for these changes in sleeping patterns are increased part-time working hours, pulling all-nighters to finish a paper or cram for an exam, and watching television at bedtime,” according to a study done by the American Academy of Sleep Medicine.

I am one of the students who has changed sleeping patterns due to not one, but all of these reasons.

I have noticed that with added stress, and a lack of sleep, certain areas of study become harder than they were before.

“After two weeks of sleeping six hours or less a night, students feel as bad and perform as poorly as someone who has gone without sleep for 48 hours,” said Dr. Lawrence Epstein, an MD who took part in the academy’s study.

Epstein, a medical director of Sleep HealthCenters in Brighton, Mass., an instructor of medicine at Harvard Medical School, a past president of the AASM and a member of the AASM board of directors, indicated that “students not only will fall asleep in class, but they will also not perform to the best of their abilities with this sleep deprivation.”

Most of the time students cannot help the amount of work they have each day, but they can improve the situation by performing these activities at the bottom of this website page if they feel they are sleep deprived.

The activities I have found that work for me include limiting naps during the day and also getting out of bed in the morning when I wake up, instead of sleeping the extra minutes that end up benefiting me in no way.

The National Institutes of Health have also done a ton of research regarding the sleep deprivation of people and more importantly college students in particular.

They have reported that 73 percent of students at Brown University feel they are sleep deprived.

Other results and statistics listed include:

• College students are one of the most sleep-deprived populations.
• Sleep deprivation in students has been linked to lower GPAs because sleep affects concentration, memory and the ability to learn.
• The average adult sleeps less than seven hours each night, when most need eight or more hours.
• More than one-third of adults report daytime sleepiness at least a few days per month that interferes with work or social functioning.
• As many as 70 million Americans may be affected by chronic sleep loss or sleep disorders.

The University of Georgia Health Center also offers its facts and opinions on college students and their sleeping methods.

“On average, most college students get 6-6.9 hours of sleep per night, and the college years are notoriously sleep-deprived due to an overload of activities. Recent research on college students and sleep indicates that insufficient sleep impacts our health, our moods, our GPA and our safety,” the center reports.

With many universities, academies and health centers doing studies about sleep disorders, none of them are able to show that college students are getting the right amount of sleep each night, week and month.

With all of these negatives present, if not taken care of, a severe lack of sleep not only will affect our grades, but also relationships may begin to dwindle and life will seem more stressful each and every day.

A sleep disorder can be a scary thing, but do not let it get to you.

Find a site or even a person who knows about remedies and stick to positives that you know can help your situation.

If it requires dropping a few things to live a healthy life and get more sleep, then so be it.

Stay healthy, my friends, and get that much-needed sleep at night. It is much more important than you may think.