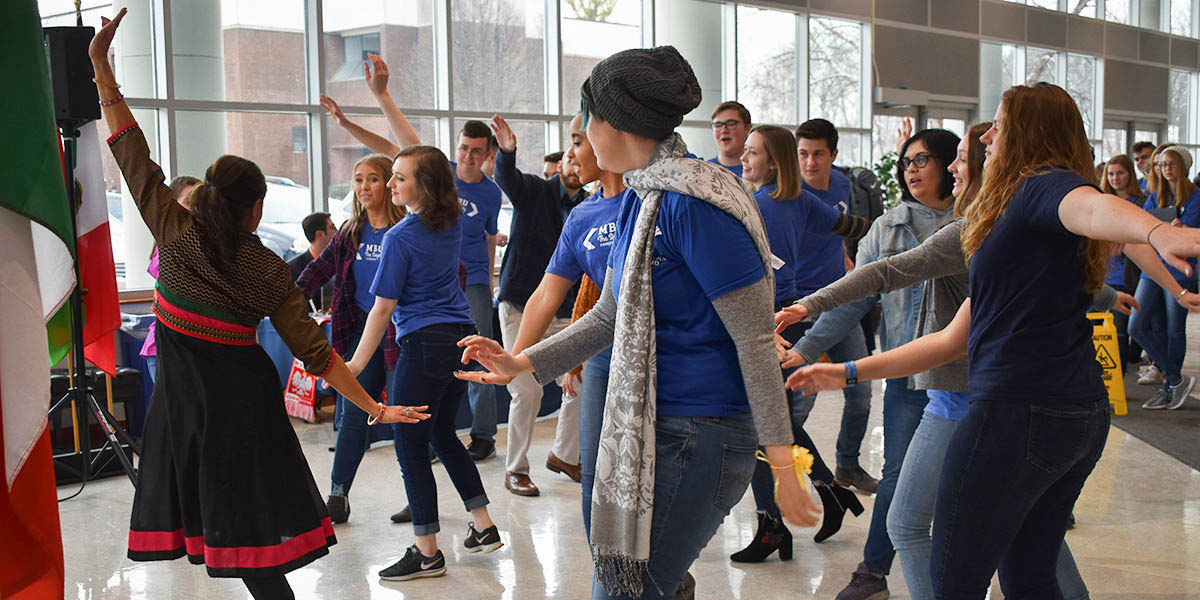 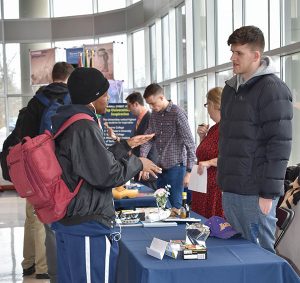 Callum Barker, right, member of the MBU men’s basketball team, speaks with a student about life in Australia. Photo by Stacy Rohan 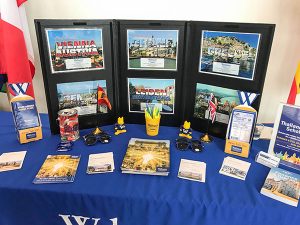 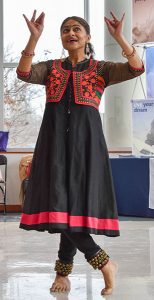 A dancer from Dances of India performs. Photo by Stacy Rohan 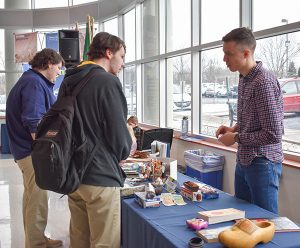 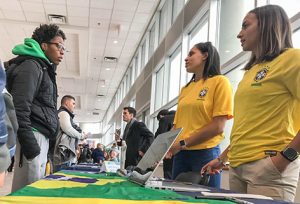 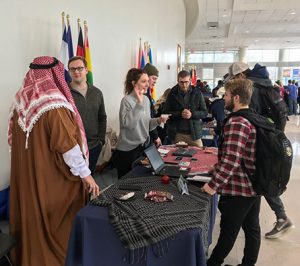 The Middle Eastern table attracting interested students to its offerings for travel. Photo by Cam Cosey 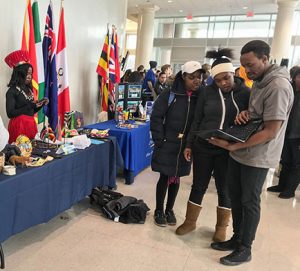 Students mingling in front of the African display table. Photo by Cam Cosey 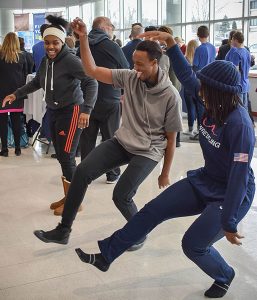 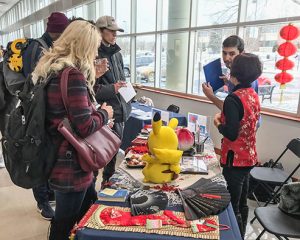 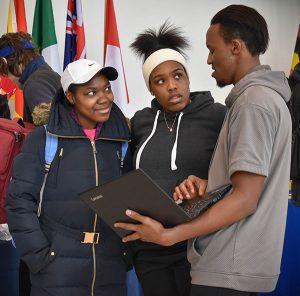 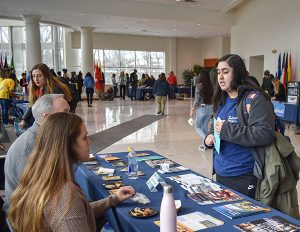 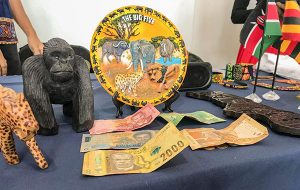 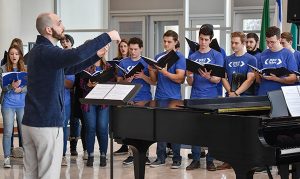