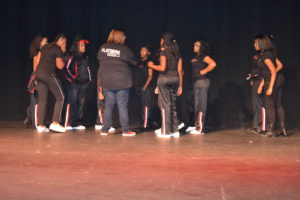 The head coach talks to her team to prep them for the performance. 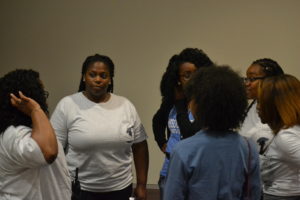 The Association of Black Collegians discuss their last thoughts before the show. 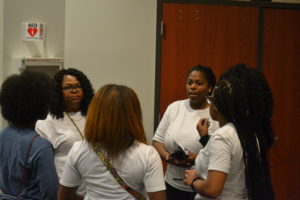 The ABC meets again before the show. 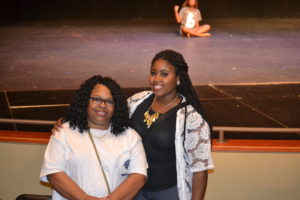 President of the ABC, Brenda Bradford, and Kyesha Quarterman, student leader, pause for a quick picture. 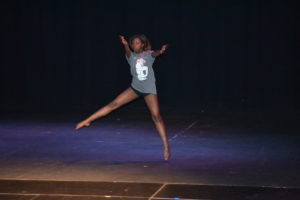 A dancer warms up pre-show. 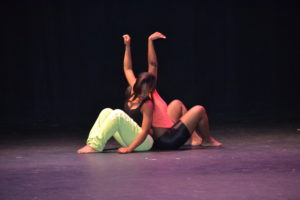 Two of the team members practice for the performance. 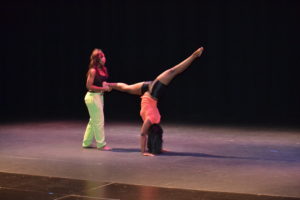 The sisters get ready to perform. 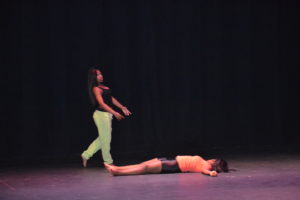 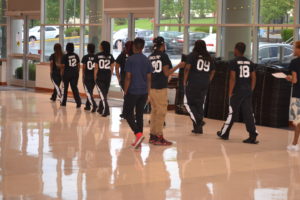 The step team lines up and mentally prepares for the performance. 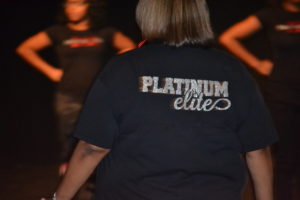 The coach of the step team shows off her platinum elite shirt.