It’s hard not to be angry, the world is a cruel place, but that’s nothing new.

It’s difficult, waking up every day knowing you’re a target.

The media in recent history has pushed the issue of equality as social media continues to influence today’s society, whether it’s gay rights and the LGBTQ community, gun control or feminism.

But what is equality for a black person?

“Equality” is the state of being equal, especially in status, rights and opportunities.

It’s not being judged based on your name, hair and voice, or being talked down upon as if you’re less intelligent, or being ridiculed because you’re “not black enough,” being considered guilty before innocent, arrested, prosecuted, beaten, or shot just because your skin’s a little darker. 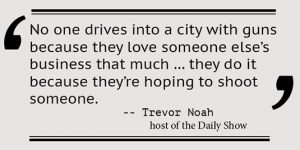 The chains and cotton fields may be gone but racism is still just as prevalent.

Growing up it seemed like every year a black person’s life ended too soon due to social injustice.

They were killing children, children who had barely lived life yet, and the murderers were let go with a slap on the wrist.

And after the brutal murder of George Floyd the Black Lives Matter movement has pressed for change.

Throughout 2020 the world has opened its eyes to the unjust acts against the black community and has stepped up to support positive change.

And although the fight against social injustice still reigns true, the ugly side of America has reared its ugly head.

Jacob Blake is driving down the street with his children in the car when he sees an altercation between two women, and decides to pull over to help break up the fight.

The police arrive on the scene and confront Blake, pinning him on the ground and holding him at gunpoint. Blake manages to stand up to get back to his car, followed by two officers with their guns drawn.

The moment he reaches into his car he is shot in the back seven times.

Protests in Kenosha broke out over the unjust shooting of Blake.

The protests were peaceful during the day, but when night fell riots and looting arose.

Businesses were damaged and people were angry.

But how do the events in Kenosha affect a 17-year-old boy from Illinois?

It doesn’t and yet in this unique situation Kyle Rittenhouse felt the need to take his AR-15 up to Wisconsin in order to “protect” local businesses.

“No one drives into a city with guns because they love someone else’s business that much … they do it because they’re hoping to shoot someone,” said Trevor Noah, host of “The Daily Show.”

He walked up to police officers saying he shot someone and the police idly walked by, letting him go free.

The next day Rittenhouse was arrested for first degree murder while Blake, paralyzed from the waist down, was handcuffed to his hospital bed.

Much of the media portrayed Blake as a thug who attempted to pull a knife on the officer who shot him rather than a victim of police brutality.

And they flipped the script on Rittenhouse, portraying him as a civil kid for the community and an aspiring police officer.

People all over the country have even donated to GoFundMe and other fundraising accounts to help Rittenhouse post his bail.

This is not just another example of police brutality, this is the epitome of social injustice.

The police honestly feel more threatened by an unarmed black man than a white kid walking around with an assault rifle? 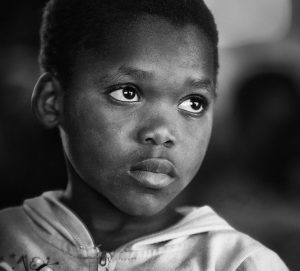 A young boy looks off into the distance, searching for hope.     Photo by Wendy Corniquet

They would rather shoot that same black man in the back seven times in front of his children than arrest an active shooter just because he’s white.

This isn’t a new issue, social injustice has plagued this country long before I was ever born.

The fight for equality is not over.

Countless lives lost over the fear of someone’s skin.

As 2020 comes to a close and the BLM movement continues to press the issue on police brutality and social injustice, there is hope.

As more and more people from different ethnicities and different countries around the world come together with the black community, could this be the time for true systemic change?

Future events will only tell.